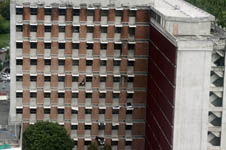 The situation in Costa Rica is going back to normal after the 7.6 earthquake that shook the Central American country on 5 September. Now that efforts are being oriented to damage assessment in the field, gradually more details are emerging on how the earthquake affected the different areas. More than 300 communities have been affected and damages have been reported on houses, bridges, the road network, aqueducts, educational facilities and official buildings, among others.

As for the health infrastructure, 33 health installations suffered varied damage. However, the health network is working with normality, with the exception of the Monseñor Sanabria Hospital in Puntarenas.

The sector health continues coordinating with the national Emergency Operations Center the actions needed to respond to the emergency. The Center for Emergency Institutional Coordination (CCEI) from the Costa Rican Social Security (CCSS) has been deactivated, but the operation continues at the regional and local level with support from the different managerial areas of the CCSS.

The red alert for the entire country has been replaced with a yellow alert for the central area, as well as in the north and central Pacific. A green alert for volcanoes is active for the Rincón de la Vieja, Arenal, Poás, Irazú and Turrialba volcanoes.

The PAHO/WHO Regional Response Team mission in Costa Rica has concluded and local staff at the PAHO Country Office will follow-up with national authorities.