Hurricane Emily was an unpredictable storm from the beginning. It struck Grenada as a category 1 storm on July 13 causing damage to many of the same health facilities damaged by last year's Hurricane Ivan. Other Caribbean countries were spared devastation by Emily, which passed over the Mexican Yucatan peninsula as a category 4 hurricane with 135 mph winds, and, according to preliminary reports, caused less damage than anticipated. Mexico's Gulf coast states are bracing for a direct hit on Wednesday. 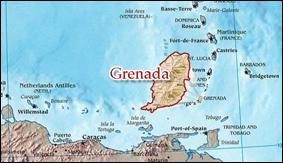 This is the second year in a row that Grenada has experienced a direct hurricane hit and many residents, who are still struggling to recover from Hurricane Ivan last year, were not thoroughly prepared for the early start of this year's hurricane season. Preliminary reports indicate that some repairs made in the wake of last September's Hurricane Ivan withstood the force of the storm. The following damage to the health sector has been reported. 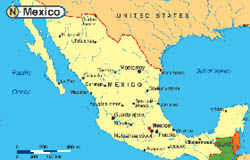 Hurricane Emily passed over Mexico's Yucatan peninsula on July 18 as a category 4 hurricane with 135 mph winds, causing less damage than was initially anticipated. An unfortunate helicopter accident in the Gulf of Mexico prior the hurricane's arrival resulted in two deaths, but no additional deaths were reported once the storm struck. Most of those who were evacuated (nationals and tourists) have returned.

Mexico's Secretary of Health is participating in a damage assessment and visiting shelters in the Yucatan peninsula. According to government sources, some 50,000 people were evacuated and 23,500 were temporarily in shelters. Health officials are monitoring a potential increase in cases of dengue and are taking necessary precautions.

To date, the Mexican Government has not requested assistance from international agencies.

As Hurricane Emily crosses the Gulf of Mexico with winds up to 100 mph and on a direct course to strike the northern states Mexico on Wednesday, health authorities will monitor the impact on health facilities and water quality.

More information on Hurricanes and Floods