Unsually high seasonal rainfall that started in mid-December 2005 has caused widespread flooding in several Regions of the country. The government has declared Regions 2 (Pomeroon/Supenaam)and 5 (Mahaica/Berbice) as disaster areas, and an international appeal has been launched with the aim of securing urgent support and assistance in the implementation of the Emergency Disaster Mitigation and Prevention Programme which includes the rehabilitation of vital drainage structures and the dredging of four rivers that drain into the sea.

The waters in Regions 2, 3, 5 and 6 are receding slowly with continuous pumping in these Regions. Four shelters are opened in Region 5. Shelters in Region 6 have been closed over the week-end as the water has receded and persons have been given food and cleaning materials to assist with rehabilitation. PAHO/WHO is working with the Ministry of Health to conduct shelter surveillance and management of health and environmental issues in the shelters. Conditions in shelters and surrounding areas are good. The health situation is stable and health teams have visited the shelters.

The Ministry of Health, in collaboration with PAHO/WHO, is carrying out health surveillance. Medical teams from the Ministry are working closely with the Civil Defence Commission and in the flooded areas to deliver health care daily. To date, there has been no evidence of an unusual number of cases of diarrhoea in the flooded areas. There have been an increasing number of admissions of persons with a suspected diagnosis of leptospirosis to the Georgetown Public Hospital Corporation. On a daily basis, usually four to five persons are in the ward with this preliminary diagnosis. A number of deaths have occurred, however, PAHO is working with the Ministry of Health to conduct investigations and confirm the numbers of these deaths, which can be attributed to leptospirosis. Prophylactic doxycycline is being administered in the flooded areas and in other areas where cases have been detected.

In the interim, the Ministry of Health and PAHO/WHO have put out public advisories on the electronic and print media on control of rodents, the need for residents to stay out of the flooded waters because of the inherent dangers as well as making water safe to drink.

In the flood affected areas of Region 5 there is no regular water supply, and communities principally rely on creek and rainwater. Due to overflowing and damages to latrines as well as death of animals, the quality of that water has deteriorated. A preliminary assessment done by MOH with support from PAHO indicates faecal contamination of the Mahaicony River.

Two sources of water are available. A distinct approach should be implemented according to the communities' preferred water source. The following advisory should be given to the health team and community leaders.

Rain water. This should be the preferred method when there are catchment systems at the households:

Creek water. When rain water catchments are not available, creek water should be used.

Photos from the Emergency 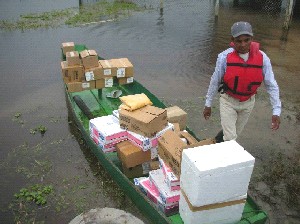 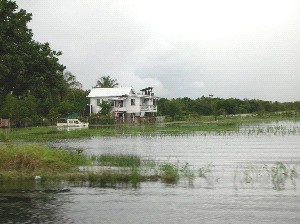 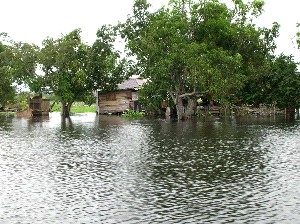 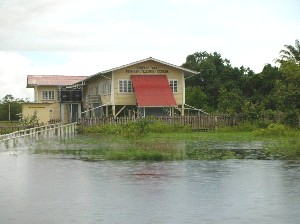 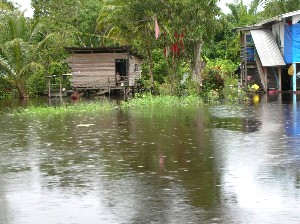 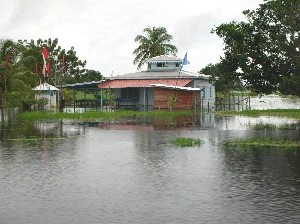 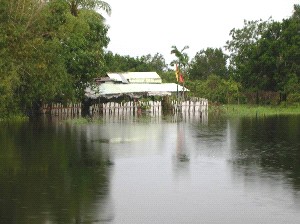 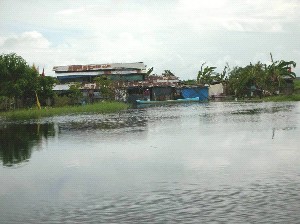 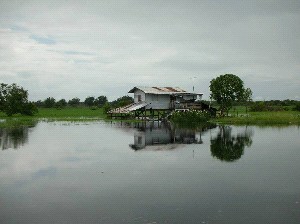 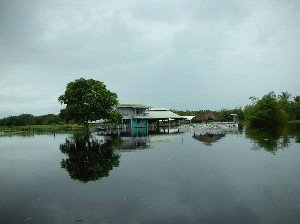 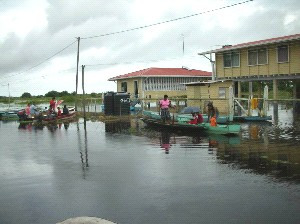 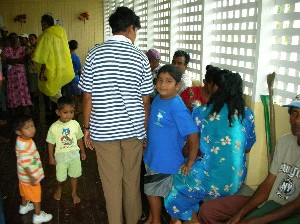 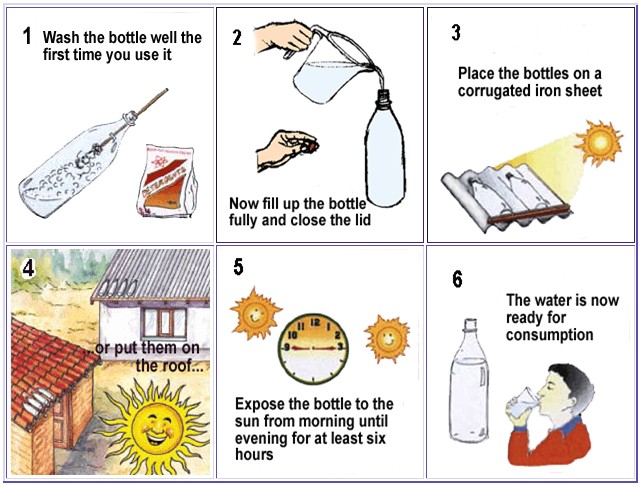