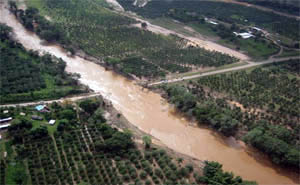 The confluence of the storms resulted in a heavy downpour which produced up to 11.4 (28.96 cm) inches of rain in the northern region, 10.2 inches (25.91 cm) in the western (Mountain Pine Ridge) region and 5.0 inches (12.07 cm) in the southern region. This deluge over a 36-hour period resulted in major floods in low-lying areas in the north, west, and southern districts, especially coastal areas.

As a result, villages in the northern and central areas of the country and Belize City, the commercial center, also experienced significant rainfall and flooding. It is estimated that the total value of the damage will exceed US$30 million of which economic losses to the agricultural sector are estimated at over US$13 million.

Five deaths have been confirmed and there are 3 persons missing. The floods directly affected 5,324 persons, 1,431 women, 1,444 men, and 249 children. Most of the hundreds of people who evacuated to public shelters have now left them.

There has been damage to some health facilities in the southern region and some are still not yet accessible. A major road link to the South of the country has been interrupted with the destruction of the Kendall Bridge. At the height of the flooding, residents describe the water reaching the bridge, some 15 feet above normal levels. The loss of this bridge is hampering the delivery of essential food supplies and access to medical care.

Local and deployed PAHO/WHO staff joined interdisciplinary teams to conduct aerial and rapid health assessments, and is working with the Ministry of Health to make health education messages regarding safe water and sanitation. The PAHO/WHO team joined local authorities in evaluating water supply systems and making recommendations for health and disinfection strategies and personal hygiene practices in the Hope Creek and Sarawee areas. No outbreaks or significant health events have been reported, to date.

Humanitarian Supply Management and Logistics in the Health Sector

Pictures from the Emergency 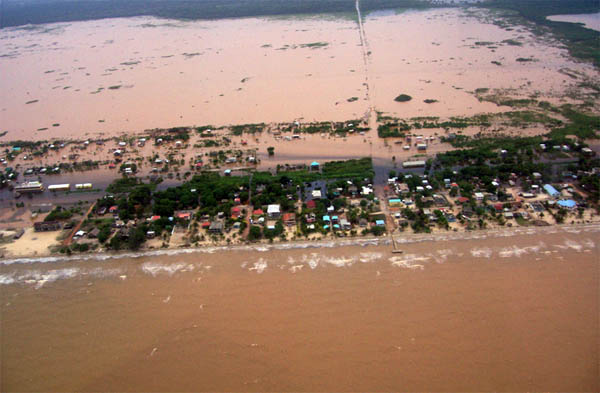 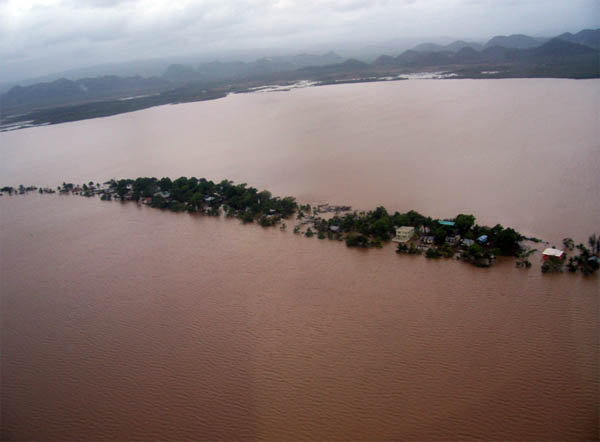 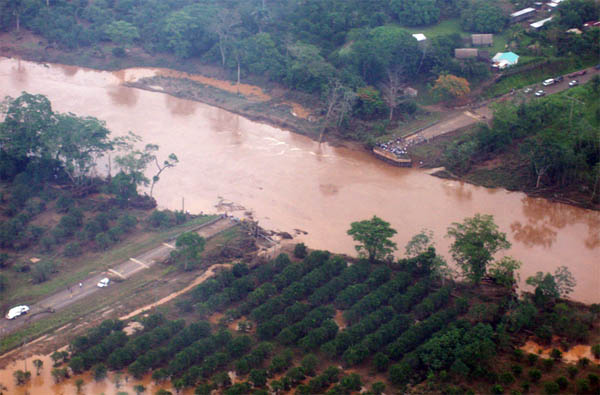 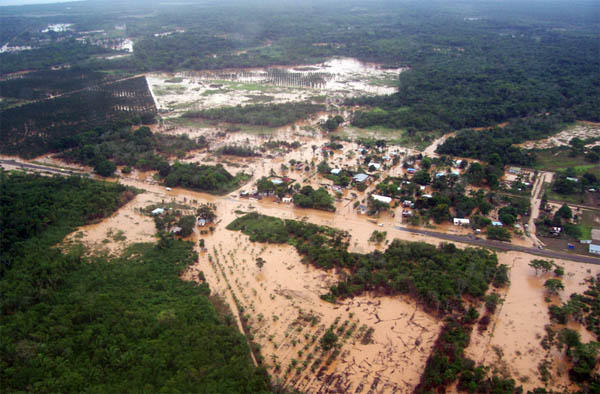 Flooding of community and orange orchards in Sittee River Village.