Washington, D.C., 30 September 2014 (PAHO/WHO) — The countries of the Americas have stepped up efforts to reduce the impact of noncommunicable diseases such as cancer, diabetes, and cardiovascular disease. These efforts have not been enough, however, to slow the epidemic. What is needed is for all sectors—not just health—to participate in solving the problem, said the Director of the Pan American Health Organization (PAHO), Dr. Carissa F. Etienne.

She spoke at a special event today on noncommunicable diseases at the Organization of American States (OAS), which was attended by ministers of health from the Americas who are in Washington, D.C., this week for the 53rd PAHO Directing Council. 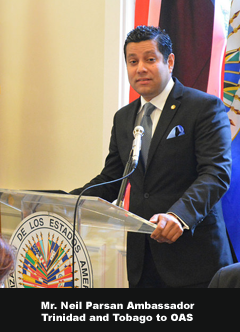 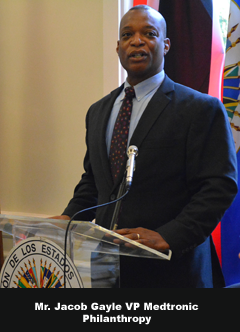 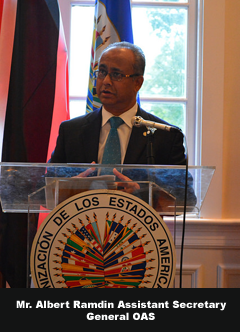 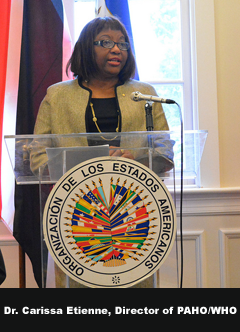 Etienne proposed the creation of an inter-American working group on noncommunicable diseases that would include PAHO and the OAS as well as the Inter-American Development Bank (IDB), the Inter-American Institute for Cooperation on Agriculture (IICA), and the United Nations Economic Commission on Latin America and the Caribbean (ECLAC).

Etienne noted that prevention is central to reducing the impact of noncommunicable diseases, along with physical and social environments that make the healthy choice the easy choice. She urged more public policies and initiatives that promote healthy lifestyles, such as "Sunday bikeways," which close streets to traffic on weekends for walking, biking and other recreational activities. She also urged policies aimed at reducing tobacco consumption, harmful use of tobacco, and the consumption of processed foods and sweetened beverages, especially among children.

Etienne noted that the countries of the Americas have been global leaders on noncommunicable diseases, from promoting discussion of these issues at the United Nations in 2011 to advancing in the formulation and implementation of policies to slow the epidemic.

Much remains to be done, however. "The greatest impact of these diseases is felt by the poorest and most vulnerable in our societies," said Etienne, adding that progressing toward universal health coverage is also fundamental to addressing noncommunicable diseases.

She said PAHO is collaborating with its member countries to fight noncommunicable diseases by strengthening monitoring and surveillance systems, promoting effective policies and regulations to reduce risk factors, and ensuring effective care for patients suffering from these diseases, among other actions.