Port-au-Prince, Haiti, 12 January 2015 (PAHO/WHO) — On the fifth anniversary of the earthquake that devastated Haiti on 12 January 2010, the Pan American Health Organization/World Health Organization (PAHO/WHO) honors the earthquake's estimated 230,000 victims and their families and pays tribute to the many Haitian health workers and international relief workers for their dedication and outstanding efforts to bring relief to the disaster's victims and survivors.

Major efforts have been mobilized since the disaster to rebuild and develop Haiti, helping to improve conditions on the ground. Continuing these efforts will be essential to ensure the country is better prepared for potential hazards in the future, to prevent such a disaster from happening again. Collaborative efforts also remain key to Haiti's reconstruction and longer-term development. 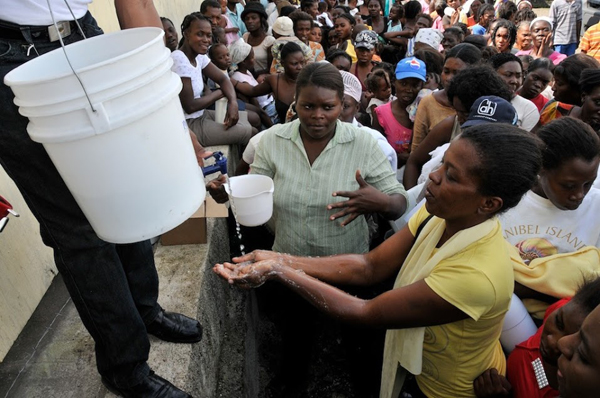 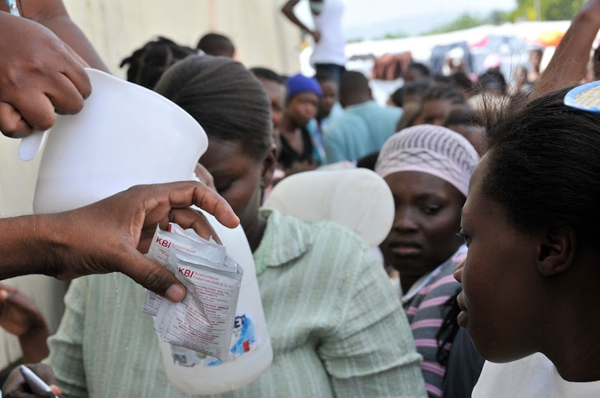 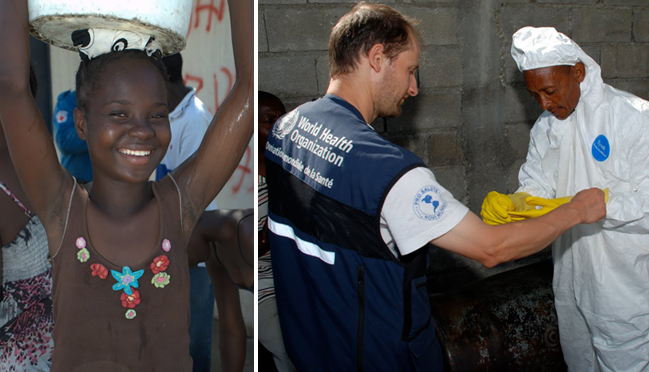 In the area of health, a key challenge is the continuing cholera epidemic, which since October 2010 (10 months after the earthquake) has claimed more than 8,700 lives. With support from PAHO/WHO and other international partners, Haiti has reduced the average number of cholera cases from 25,000 per week at the peak of the epidemic to 918 per week during the last 10 weeks of 2014.

Last September, Haiti launched a cholera vaccination campaign targeting 200,000 people in three departments, led by the Ministry of Health and Population (MSPP) with support from the United Nations and a coalition of strategic partners, including PAHO/WHO. The campaign had financing from the U.N. Central Emergency Response Fund (CERF) and used vaccines from a global stockpile managed by WHO with support from the International Federation of Red Cross and Red Crescent Societies, Doctors without Borders, and UNICEF.

Other key support for Haiti has included the establishment of the Regional Coalition for Water and Sanitation to Eliminate Cholera from Hispaniola, spearheaded by PAHO/WHO, the U.S. Centers for Disease Prevention and Control (CDC), UNICEF, and Spain. The coalition has been providing technical cooperation and resource mobilization for cholera elimination in Haiti and the Dominican Republic.

In addition to these efforts, PAHO/WHO will continue to collaborate with Haiti—as it has for more than 50 years—to strengthen the Haitian health system and advance the goal of quality care and health for all.