Opening of the World Health Assembly: WHO director-general announces program for emergency management

German Chancellor Angela Merkel was the special guest at the opening of the Assembly. Margaret Chan congratulated the Americas on eliminating rubella.

In her opening remarks, the Director-General of the World Health Organization (WHO), Margaret Chan, outlined the plan to create a new WHO program for health emergencies, combining all outbreak and emergency resources across the three levels of the Organization. "I have heard what the world expects from WHO," Chan stated, "and we will deliver." 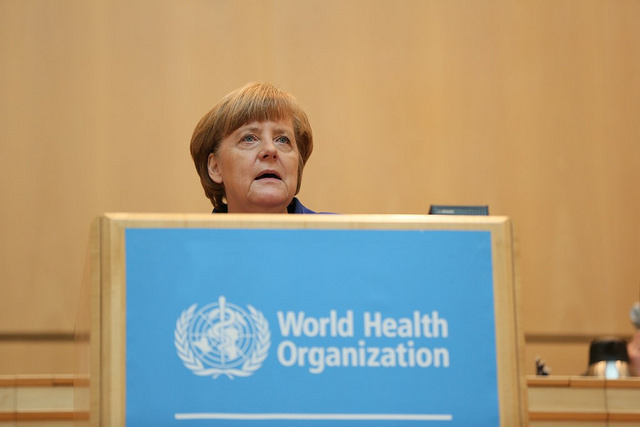 German Chancellor Angela Merkel, the special guest and keynote speaker at this Assembly, pointed out that "WHO is the only international organization that has universal political legitimacy on global health issues."

Merkel called for a new plan to deal with "catastrophes" such as the recent Ebola outbreak. According to the Chancellor, this outbreak highlighted the critical need for urgent, collaborative action in emergencies, and the importance of having sufficient structures in place. Chancellor Merkel applauded all those working to safeguard human health worldwide, urging them to "work together."

Merkel pledged that under Germany's presidency, the G7 would focus on fighting antimicrobial resistance and neglected tropical diseases. She emphasized the need for all countries to have strong health systems and highlighted the key role of health in sustainable development.

New WHO program for emergencies

The Director-General outlined the plan to create a new program for health emergencies. This new program will report to the Director-General and will have its own business rules and operational platforms. It will have clear performance metrics, built on partnerships with other responders. A global health emergency workforce will be established, and training will be stepped up so that more staff are prepared to respond to emergencies. WHO is calling for the creation of a US$100 million contingency fund. The Director-General plans to complete these changes by the end of the year.

She also underscored the need to ensure the effectiveness of the International Health Regulations, the legal instrument for worldwide outbreak preparedness and response. She called on the delegates to be prepared for the post-2015 development agenda and ensure that health receives the attention and resources it needs: "The goals are ambitious. Financing plans must likewise be ambitious, but credible."

Chan encouraged the Member States to align in preparation for the Climate Conference in Paris at the end of the year, and emphasized that human health has remained on the sidelines of this critical issue for too long.

For more information visit this link 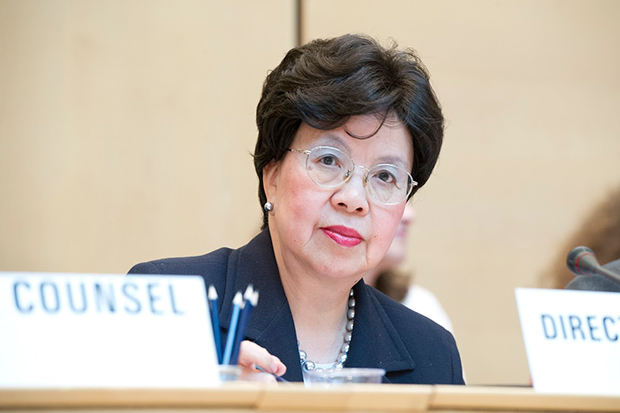 In her opening remarks, Chan congratulated the countries of the Americas on having been declared officially free of rubella and congenital rubella syndrome.

"Goals and targets really do make a difference. At the end of April, the Region of the Americas became the first in the world to interrupt rubella transmission, eliminating this disease and the related congenital rubella syndrome," said Chan to the delegations of 194 countries.

For more information: WHO director-general congratulates the Americas for eliminating rubella and congenital rubella syndrome

The Americas in the plenary 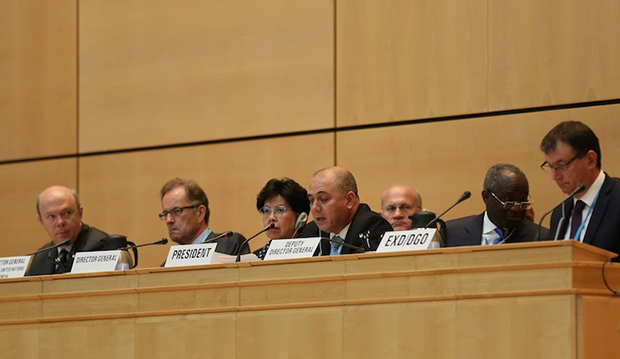 The Assembly elected Shri Jagat Prakash Nadda of India as its new president. Addressing the delegations, Nadda announced several contributions to the WHO from India, including a donation to the WHO contingency fund.

For more information: Minister of health of Cuba highlights his country's support of Ebola response in West Africa

Several parallel events were held simultaneously with the World Assembly to address topics of interest to the countries of the Region. 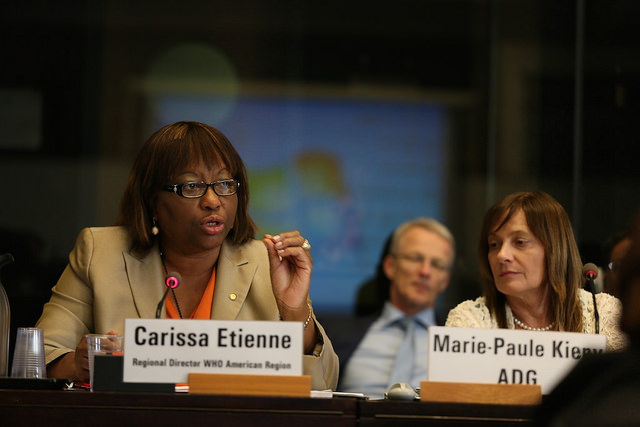 Country delegates and panelists from different organizations agreed on the need to keep health at the center of sustainable development objectives after 2015. "This is the ideal time for us to take action to eliminate injustice and improve health in order to ensure a sustainable future for all," affirmed Carissa F. Etienne, Director of the Pan American Health Organization and one of the panelists in this event.

Additionally, Brazil and other BRIC countries organized an event on nutrition, health, and development. Ecuador, Mexico, and Paraguay held an event on ending obesity that discussed the use of tax measures and food labeling to improve nutrition.

— Ebola, antimicrobial resistance and dengue are among key issues for the Americas at the 68th World Health Assembly

More than 3000 delegates from 194 Member States are currently taking part in the World Health Assembly, which ends on May 26. They will be addressing matters such as antimicrobial resistance, Ebola, the International Health Regulations, malaria, nutrition, and dengue.

The delegates will discuss the WHO budget and the 2016-2017 work plan. They will also review progress reports on a broad range of topics including adolescent health, immunization, noncommunicable diseases, and women and health.

— The Americas in the World Assembly