Geneva, 18 May 2015 (PAHO/WHO) — Minister of Health John Boyce of Barbados was elected vice-president of the 68th World Health Assembly, which is taking place on 18 to 26 May in Geneva, Switzerland.

Boyce has broad experience in management and the private sector, and has served as minister of transport, works and international business. He has been minister of health since 2013. 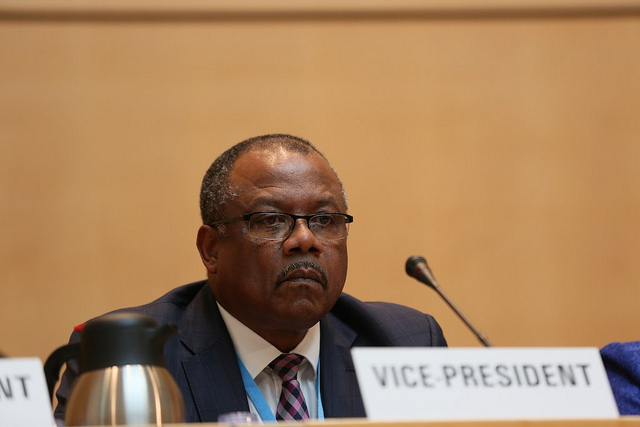