Washington, D.C., 22 June 2015 (PAHO/WHO) — The Executive Committee of the Pan American Health Organization (PAHO) opened its 156th session today, beginning a week of discussions on strategies and plans for improving health in the countries of the Americas. 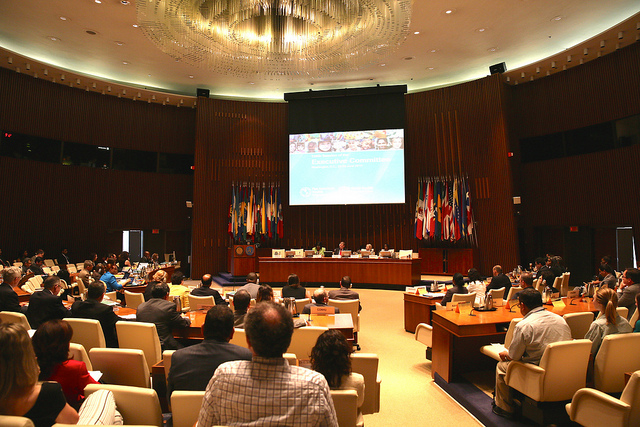 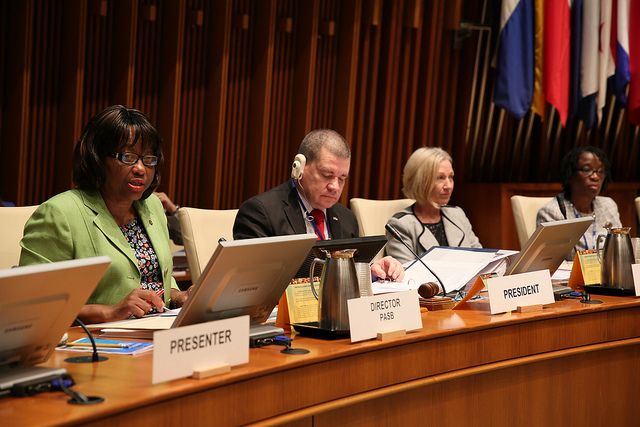 The Executive Committee, chaired this year by Minister of Health of Paraguay Antonio Barrios, will discuss a number of strategies and plans of action that were developed in consultation with Member States to guide PAHO's technical cooperation in its member countries.

Among the main items on the agenda is a regional immunization plan aligned with a global immunization plan that was approved in May at the World Health Assembly in Geneva. The Committee will also examine strategies and plans aimed at strengthening the health sector response to violence against women, improving workers' health, addressing dementia and other disabling conditions in older adults, and promoting health-related legislation. Tuberculosis, viral hepatitis and antimicrobial resistance are among other topics on this week's agenda.

The Committee's deliberations will determine the final agenda of the 54rd PAHO Directing Council, scheduled for 28 September to 2 October 2015.

"Your efforts this week are critical to PAHO's good governance and will lay a strong foundation towards ensuring a highly productive and successful 54th Directing Council meeting later this year," said PAHO Director, Carissa F. Etienne.

In her opening remarks, Etienne noted that the Americas recently achieved the historic milestone of eliminating endemic transmission of rubella and congenital rubella syndrome. She also highlighted PAHO efforts in recent months to help its Member States prepare for the possible introduction of Ebola into region.

The Executive Committee functions as a working group of the Pan American Sanitary Conference and the Directing Council, PAHO's two main governing bodies. The Executive Committee is made up of nine Member States elected by the Pan American Sanitary Conference or the Directing Council, each of which serves for three years. The Committee meets twice a year and upon special request by at least three Member States or by PAHO's Director.

PAHO, founded in 1902, is the oldest international public health organization in the world. It works with its member countries to improve the health and the quality of life of the people of the Americas. It serves as the Regional Office for the Americas of WHO and is part of the inter-American system.

— Documents for the 156th Session of the PAHO Executive Committee