Women's health needs still not adequately met, according to new articles in the Pan American Journal of Public Health 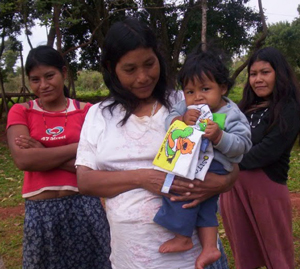 Washington, D.C., 24 June 2015 (PAHO/WHO).- Women's health needs are not being adequately met by current social and health policies in the countries of the Americas, according to scientific articles published in the latest issue of the Pan American Journal of Public Health of the Pan American Health Organization/World Health Organization (PAHO/WHO).

Original research articles highlight the multiple health problems the women of the region face, particularly those with fewer resources and among indigenous and rural populations. Other articles focus on the persisting gaps in health systems in responding to these problems. Specifically, the Journal explores a variety of subjects ranging from women's health throughout the life course, reproductive and sexual health, gender-based violence, non communicable chronic diseases, infectious diseases, and mental and occupational health, to the adaptation of quality health services required to respond to health promotion, prevention, and rehabilitation needs during different stages of life and in several regional contexts.

"There is no doubt that women in the Americas and worldwide have gained ground over the past few decades in many spheres. Health is no exception," stated the Director of PAHO/WHO, Carissa F. Etienne, in the Journal's editorial. Among the advancements she mentions are the decline in the number of preventable deaths and the increased life expectancy among women, increased access to contraceptives, improved ability to control fertility, better prenatal care, and earlier detection of breast and cervical cancer. However, she added that "progress has been uneven on many issues that affect women's health."

PAHO's Director calls on the countries of the region to develop a new women's post-2015 health agenda in order to achieve comprehensive care that will appropriately respond to the health problems that most affect them. "A prioritized agenda would make it possible to sort out the problems, assess their real magnitude and develop research and health strategies to solve them," she stated. Etienne added that accomplishing this "will require a broad, intersectoral, interdisciplinary debate among countries, stakeholders and civil society."

"Women in our region are facing old challenges — like maternal mortality and violence — as well as new ones, like the increase of noncommunicable diseases such as cancer," stated Suzanne Serruya, Director of the Latin American Center for Perinatology, Women's and Reproductive Health (CLAP) of PAHO/WHO. "A new agenda would allow us to reorganize and prioritize problems that directly affect women's health and strengthen the actions and strategies needed to resolve them."

The 24 articles that have been published in the Journal cover topics and experiences in different countries in the region closely related to the reduction of maternal mortality, the relationship between maternal mortality and socioeconomic factors, femicide, domestic violence, sexual violence, HIV infections in adolescents, breast cancer mortality trends, the inclusion of midwives in health systems, and protection for the right to health in obstetric services. All the articles are available at: www.paho.org/journal

"The year 2015 marks three relevant actions at the global level, such as the Programme of Action of the International Conference on Population and Development, the Millennium Development Goals (MDGs) and the final draft of the Sustainable Development Goals," said Serruya. "For this reason, this year represents a decisive moment to redefine the women's health agenda as an essential human right," she concluded.

The findings of the Journals' articles support the previous work in the women's health field, mainly the 2009 WHO report, "Women and health: Today's evidence, tomorrow's agenda," which states that:

The Pan American Journal of Public Health, which is published and distributed digitally, is an open access and peer-reviewed publication from PAHO/WHO. Its mission is the dissemination of scientific information in public health to strengthen national and local health systems, and improve the health of the peoples of the Americas.