More than 1.6 million cases of chikungunya reported in the Americas since first appearance of the virus in 2013

Washington, DC, October 1, 2015 (PAHO / WHO) - More than 1.6 million suspected or confirmed cases of chikungunya and at least 253 associated deaths have been reported in the Americas since the virus first appeared in December 2013, according to a report by the Pan American Health Organization (PAHO), presented this week at the 54th Directing Council. 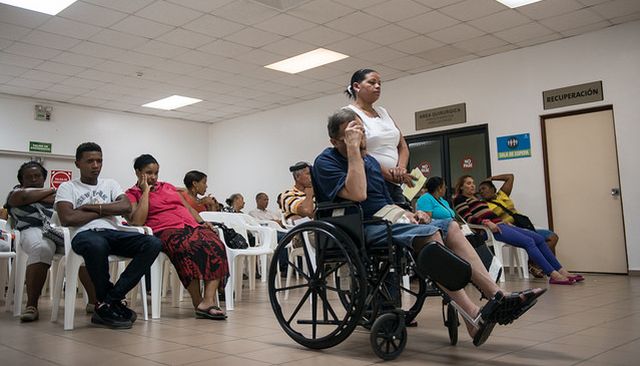 PAHO warned countries in the region that chikungunya is not only a challenge for health services when an outbreak begins, but also later, when they must address the chronic effects the virus can leave in those who contract it.

"Chikungunya is here to stay," said Marcos Espinal, director of the Department of Communicable Diseases and Health Analysis of PAHO/WHO. Espinal stressed the need to work on eliminating the breeding places of mosquitoes that carry the virus, on strengthening health systems and on epidemiological surveillance.

The virus "could become endemic, as dengue and other vector-borne diseases are today," Espinal said.

Chikungunya is transmitted by mosquitoes of the genus Aedes. It usually causes a fever, accompanied by severe pain in the joints.

In the Americas, imported cases of the debilitating virus were first registered between 2004 and 2011. In December 2013, PAHO/ WHO received confirmation of the presence of indigenous transmission. Since then, indigenous transmission has been documented in 44 countries and territories in the region. The indigenous form of the virus first appeared in the Caribbean, gradually extending to the northern coast of South America, Central America, the U.S. state of Florida and, in the last months of 2014, Mexico, Brazil and the countries of the Andean area. During the first weeks of this year, the virus has been detected in Paraguay and eastern Bolivia.

As the virus appears in a country, the report said, the initial impact is on health services, which receive a large volume of patients, often surpassing their ability to handle them. The health providers must be able to identify and provide care to atypical and serious cases and to make a differential diagnosis in relation to other illnesses circulating in the region, such as dengue. The disease also has serious economic impacts. It causes significant absenteeism in school and in the workplace, and it affects tourism and other economic activities.

After coping with the initial onslaught of the virus, countries face another challenge: cater effectively to people facing chronic pain in their joints after the acute stage of the disease. The report calls on countries to use appropriate protocols of surveillance, monitoring and treatment of cases, and to provide clinical care for patients integrating rheumatology, rehabilitation and mental health services.

PAHO/WHO has been helping countries throughout the Americas prepare and respond to the chikungunya virus for some time. It supports countries in strengthening the capacity of laboratories to detect the virus reliably and on time; in training health personnel to identify and handle cases of chikungunya; and in preparing and organizing patient care. It also assists in improving epidemiological surveillance and laboratory capacity, in communicating risk and in vector control.

—  Report on the transmission of chikungunya virus and its impact on the region of the Americas
— PAHO/ Chikungunya: www.paho.org/chikungunya