World AIDS Day is celebrated each year on December 1st. It provides an opportunity to increase awareness, education and greater understanding of HIV as a global public health issue.

On World AIDS Day, it is time to strengthen support to fast track the HIV response in the Americas. It is time to take innovative steps so the world can meet the Global Goal of ending the epidemic by 2030. Countries in the Americas have demonstrated their commitment to eliminate mother-to-child transmission of the HIV, and Cuba was the first country in the world to achieve it. Countries in the Americas have also committed to reduce by 2020 the number of new HIV infections by an additional 25% and to ensure that 90% of people living with HIV are aware their infection, 90% of those are on antiretroviral treatment, and 90% of people on treatment have no detectable virus in their blood (the "90-90-90" targets).

of the people with HIV receiving life-saving treatment in Latin America and the Caribbean  in 2014.

of those in antiretroviral treatment having suppressed viral load in their blood in Latin America and the Caribbean in 2014.

decline in new HIV infections among children 0-14 years-old between 2000 and 2014 in Latin America and the Caribbean.

countries in the Americas reported data compatible with the elimination of mother-to-child transmission of HIV. 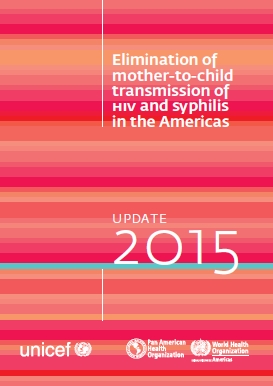