Smoke-free Movies: from evidence to action 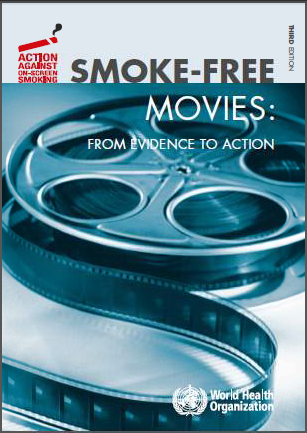 Imagery in motion pictures ("films", "movies") continues to give misleadingly positive impressions of tobacco use. Such images have been identified as a cause of smoking initiation among adolescents. Measures to limit film smoking, including those outlined in the Article 13 guidelines, and to end public subsidies for the production of films with smoking can ensure that motion pictures will no longer promote smoking among young people.

This document summarizes current knowledge about smoking in films as well as current and proposed approaches to reduce the impact of such imagery. The aim of the report is to help countries understand the basis for taking action to limit the depiction of smoking in films.