Washington, DC, February 23, 2016 (PAHO / WHO) - The Director General of the World Health Organization (WHO), Margaret Chan, and the Director of the Pan American Health Organization (PAHO), Carissa F. Etienne , met yesterday with the president of Brazil, Dilma Rousseff and Brazilian authorities to learn about the actions taken by Brazil in response to infection by the virus Zika. 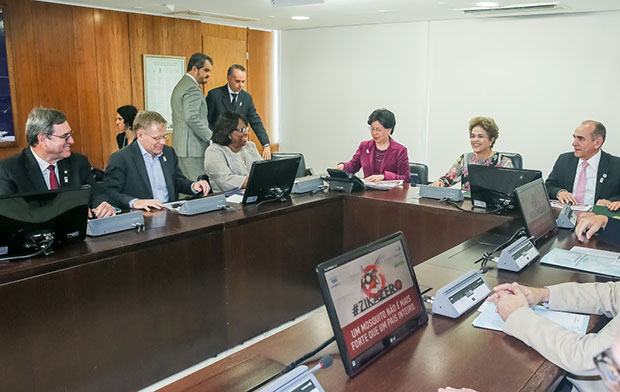 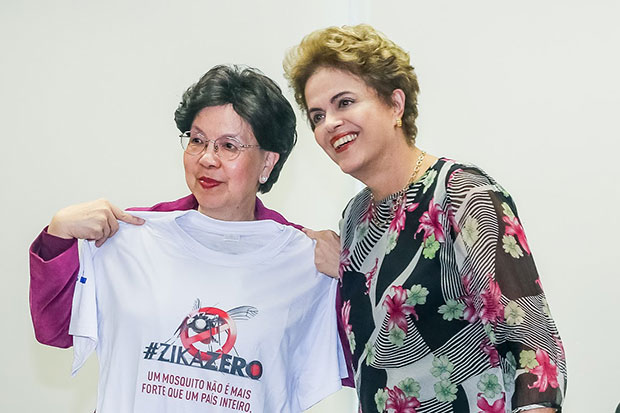 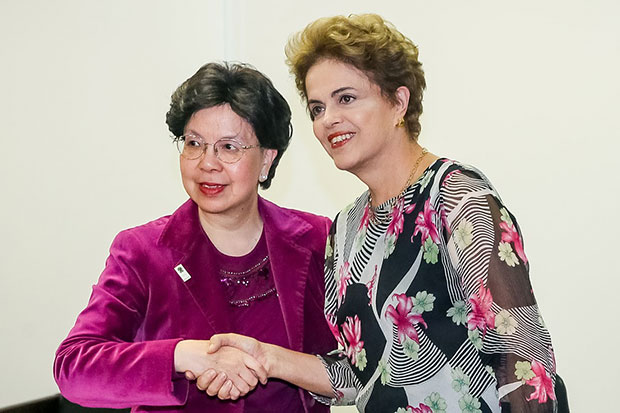 In a media briefing, Chan said she had never seen such a large community mobilization involving all sectors of society as was taking place in Brazil. She also indicated that the Brazilian government has been transparent in sharing information with WHO, allowing work on this issue together with the rest of the world. Chan also praised "the speed, reliability and courage" that the country is taking to address this challenge.

She stressed the importance of control of "the formidable enemy" Aedes aegypti, the mosquito that transmits zika, dengue and chikungunya. "Two thirds of mosquitoes grow at home. So every family, every community member has a role to contribute to this fight against Zika infection in this country. The government will do its utmost but we need you to work together with the government in the fight."

Brazil, with support from PAHO / WHO, is working constantly to make sure the country is safe in terms of health for athletes and visitors during the Olympics in August this year, Chan said.

"The Zika virus is very tricky, tenacious and difficult, so is the Aedes aegypti mosquito. We should expect to see more cases. This will be a long journey but government commitment is commendable and we are here to support them so we can embark on this journey together. Based on what I have seen today and what I've heard, the mosquito is difficult but it cannot beat Brazil," Chan said.
Chan and Etienne visited the National Center for Risk and Disaster Management (Cenad) for discussions with top cabinet members, including the ministers of health, national integration, defense, foreign affairs, social development and fight against hunger alleviation, as well as the secretary of government and the executive secretary of the Ministry of Education.

As part of their assessment of actions taken by Brazil in response to Zika virus infection and its possible consequences, Chan and Etienne went to Recife, Pernambuco, to visit the Institute of Integrative Medicine Professor Fernando Figueira (IMIP), a clinical research center that is the National Referral Center for Mother and Child Care Programs. WHO Executive Director for Outbreaks and Health Emergencies Bruce Aylward accompanied them.