At OAS, PAHO Director urges governments to prepare for future epidemics by investing more in health

Washington, D.C., 8 April 2016 (PAHO/WHO) — Zika virus infection has resulted in an unusual epidemic across the Americas that has been associated with cases of microcephaly. This outbreak has been declared an international health emergency. Now countries of the Americas urgently need to apply the lessons learned from Ebola, said the Director of the Pan American Health Organization (PAHO), Carissa F. Etienne, during an April 5 briefing for ambassadors and other representatives to the Organization of American States (OAS). Countries must invest the necessary financial and human resources to ensure strong and equitable health systems that can respond effectively to Zika and other future outbreaks.

"Please ask your governments to ensure that everyone has access to, and is covered by, a well-financed and well-organized health system that offers quality and comprehensive health services, is rooted in a primary health care approach, and is sufficiently resilient to withstand the potential shocks that can result from health emergencies, large-scale epidemics and disasters," Etienne told OAS delegates. "This is a fundamental prerequisite for an efficient and effective response to any such health emergencies now and in the future, and it would produce a multiplicity of other social, economic and health benefits." 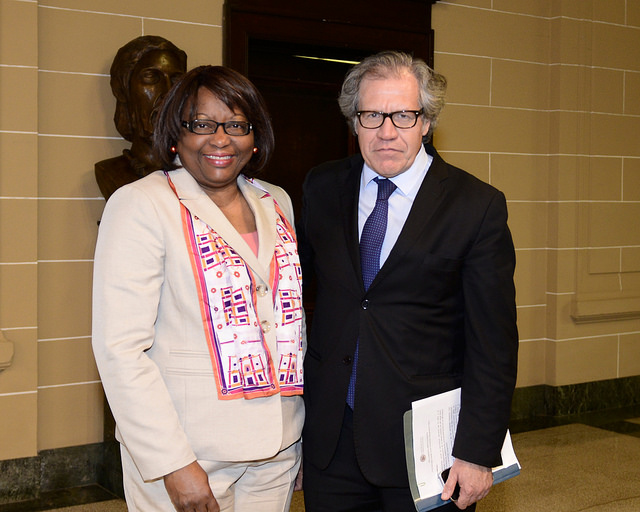 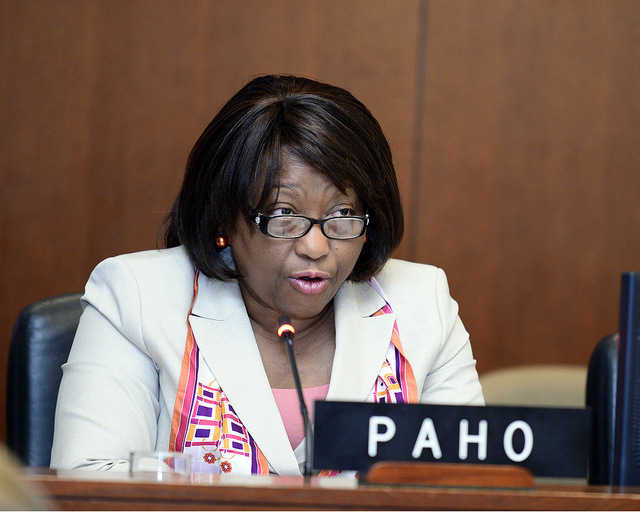 Director Etienne recently presented PAHO's 2015 Annual Report to the OAS. The report describes the organization's technical cooperation in health with its member countries during mid- 2014 to mid-2015. This cooperation included strengthening countries' capacities to respond to the Ebola threat through technical assessments of their preparedness for the possible introduction of imported cases from West Africa.

"Our preparedness assessments exposed weaknesses of varying degrees in most of our health systems," said Etienne. "Regrettably today we are in the midst of a new infectious disease outbreak that is especially challenging and which demands that all Member States act expeditiously to implement those interventions and changes required on the basis of previous lessons learned."

More recently, PAHO has been working with its member countries to respond to Zika, a virus that causes mild disease in most infected people but whose spread in the Americas has coincided with an alarming increase in cases of microcephaly (unusually small head size) in newborns in areas where the virus is circulating. Zika has also been associated with an increase in a serious neurological side effect known as Guillain-Barré Syndrome (GBS).

To support countries' response, PAHO has mobilized multidisciplinary expert missions to the region, has organized a series of international expert meetings, and has been providing technical advice, guidance and training in areas including vector control, risk communication and clinical management of Zika, microcephaly and GBS.

PAHO has also assisted countries with the purchase of laboratory supplies, promoted the development of a research agenda, including the rapid development of sensitive diagnostic methods and vaccines, convened meetings of international experts, coordinated with other UN agencies, and mobilized resources for the epidemic from donors and partners. Etienne told OAS delegates, however, that effectively responding to Zika also requires the involvement of sectors other than health.

"I urge you to impress upon your governments that this situation is serious and that an effective response to this epidemic is not the sole responsibility of the national ministries of health alone," said Etienne. "The whole of government must be involved, including those ministries responsible for home affairs, water and sanitation, education, social development, and finance, as well as provincial and local governments. This multi-sectoral response must include the private sector, community groups, neighborhood associations, schools and churches. Otherwise, we won't stop this runaway epidemic in its tracks."

PAHO's Annual Report of the Director also highlights several important health achievements in the Region of the Americas during 2014-2015. These include the Americas becoming the first region in the world to eliminate rubella virus transmission and congenital rubella syndrome; Ecuador becoming the second country in the world (after Colombia) to eliminate river blindness (onchocerciasis); Nicaragua and Uruguay becoming the first countries to ratify the WHO Protocol to Eliminate Illicit Trade in Tobacco Products; and PAHO member countries unanimously adopting a new regional Strategy for Universal Access to Health and Universal Health Coverage during the 53rd PAHO Directing Council in late 2014.

Etienne also announced that PAHO and the OAS are working together to create an alliance to coordinate efforts to advance the new Sustainable Development Goals (SDGs) in the Americas. "A formal launch is expected soon, as a high-level inter-agency working group has already produced a mapping document to guide joint action and facilitate cooperation," Etienne noted. Other international agencies will be invited to join this Inter-American initiative.

As the specialized agency for health within the inter-American system, PAHO is required to submit its annual report to the OAS.