Health, Resilience, and Human Security. Moving Toward Health for All

What is human security? 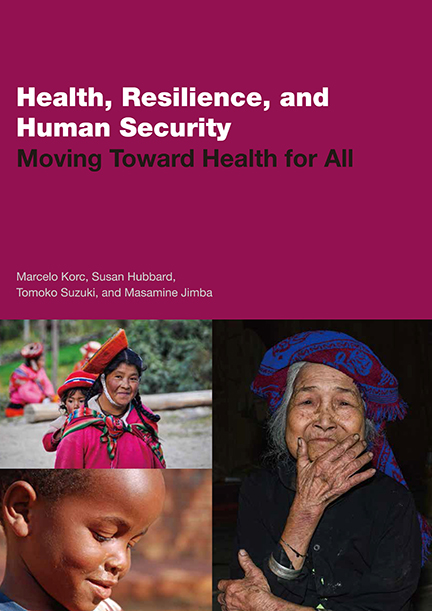 People have basic needs that must be met for them to feel safe and secure. We all need a roof over our head, food on our table, and protection from both natural and human dangers. We also need respect from others for emotional well-being.

Human security is a multidimensional concept that refers to a state of integrated well-being. It embraces elements ranging from physical safety and employment to food security and access to basic services, such as health care and clean water.

In short, human security means living without want, without fear, and in dignity.

What is the human security approach?

The human security approach to development takes account of the close interrelationships among the different elements people need to live without fear, without deprivation, and with dignity. It recognizes, for example, that people who do not have enough food are likely to suffer from malnutrition, leading to health problems that require medical care to which they may have little or no access. In seeking solutions, the human security approach:

In these ways, the human security approach seeks to protect and to empower people and communities. The ultimate goal is to help them respond with resilience to a wide range of threats.

Why is health a human security issue?

Ill health is a major cause of human suffering but also has an impact on economic and social development and even domestic and international peace. Failure to address health challenges promptly and effectively can threaten people's security, human rights and fundamental freedoms, affecting their ability to lead productive and fulfilling lives.

The Ebola outbreak in West Africa in 2014-15 is a stark example of a health challenge with far-reaching effects. People's fear of catching the disease paralyzed economic activity in parts of the three most-affected countries, Guinea, Liberia and Sierra Leone. The inability of these countries' health systems to treat infected people and prevent further transmission resulted in riots, looting of health facilities, and violent attacks on health workers.

In addition, diseases and disabilities can lead to stigmatization, exclusion, and discrimination, contributing to inequality. People with communicable diseases, for example, are often stigmatized and denied economic, educational, social, and housing opportunities while people with physical or mental disabilities are often excluded because they are perceived as being less than full members of society. In these ways, health is closely related to dignity and the enjoyment of basic human rights.

Who is responsible for human security?

Although governments cannot protect their citizens from all threats to their survival, livelihoods, and dignity, it is governments' responsibility to establish mechanisms for protection against different threats, including those to health. Equally important, however, governments should sponsor programs that use a human security approach to empower communities-especially those in vulnerable conditions-to ensure they develop the maximum degree of individual and collective self-reliance and self-determination.

The main goal of human security vis- à-vis health is to increase the resilience of populations living in vulnerable conditions to allow them to enjoy good health. Toward this end, the approach seeks to maximize a preventive and promotional approach, improve responsiveness and accountability, minimize avoidable differences between people, and promote synergies between efforts to protect and empower communities.

This requires an active role by governments in establishing protective structures, including the provision of healthcare services. At the same time, it requires the development of skills in people and communities so that they can make informed decisions and protect and promote their own health.

Access this link to download the PAHO-JCIE publication Health, Resilience and Human Security: Moving toward Health for All