Geneva, 24 May 2016 (PAHO/WHO).- Brazil, Canada, Chile, Mexico, the United States, and countries of other world regions, together with the British chef Jamie Oliver, shared their successful experiences in combating childhood obesity and malnutrition.

Nearly 800 million people worldwide are chronically undernourished and more than two billion have micronutrient deficiencies. Some 159 million children under the age of five are stunted and approximately 50 million children in that age bracket have low weight for their height. Another 1.9 billion people are overweight, of whom 600 million are obese.

"A global action plan that involves all sectors is necessary throughout the entire food chain" in order to reduce hunger and improve child nutrition, said Francesco Branca, director of the Department of Nutrition for Health and Development of the World Health Organization (WHO).

Mr. Branca made this statement during the meeting "Accelerating national progress on tackling childhood obesity and malnutrition in a sustainable way," a side event to the 69th World Health Assembly organized by Finland. 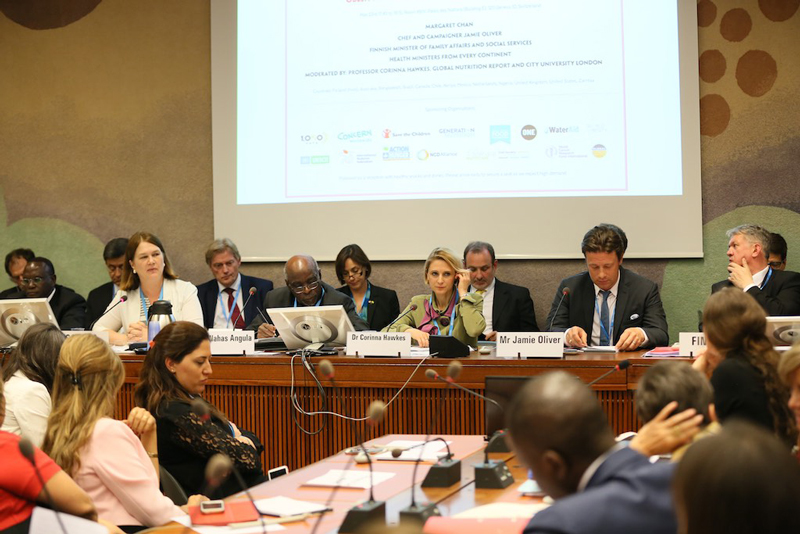 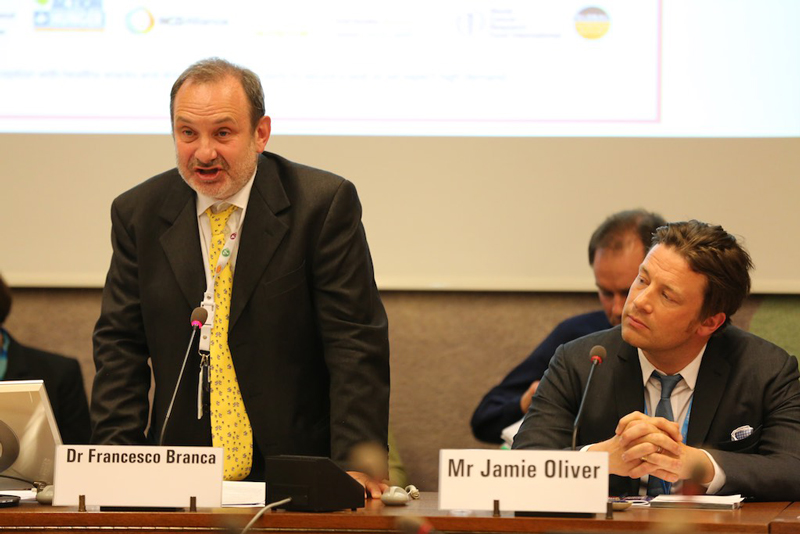 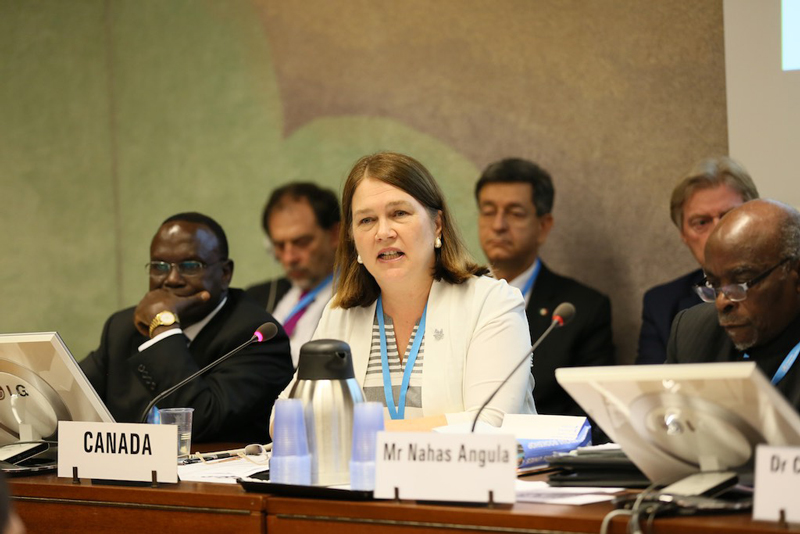 "When children are well nourished, they can achieve their full potential," said Juha Rehula, Finland's Minister of Health and Social Services, adding that his country started out with school meals 50 years ago. It has developed nutritional guidelines and cooperates with the private sector to reduce saturated fats, and with other sectors to implement an action plan on noncommunicable diseases.

The British chef spoke about his "Food Revolution," a campaign aimed at raising global awareness and changing the way children access and eat food. "We don't want to have to fight between world obesity and world hunger. There is room for all of us to do more: governments, businesses, and communities," he said.

In the American hemisphere, overweight and obesity have reached epidemic proportions. They affect 20% to 25% of people under the age of 19 in Latin America, and a third of children and adolescents aged 6 to 19 in the United States. The key factors driving this epidemic are the excessive consumption of energy-dense nutrient-poor processed foods, together with the consumption of sugar-sweetened beverages (sweetened soft drinks) and low levels of physical activity.

To tackle these issues, in 2014 the countries of the Americas, through the Directing Council of the Pan American Health Organization (PAHO), approved an action plan designed to reduce the consumption of junk foods and sugar-sweetened beverages, so that the healthy choice becomes the easy choice.

Canadian Minister of Health Jane Philpott shared that during her experience as a physician in Africa and her own country, she worked with malnourished and overweight children, and recognized that "obesity is a complex problem with no simple solutions." Philpott mentioned certain measures that Canada has already implemented as well as others that will continue to restrict the sale of processed foods to children, promote food labeling, and provide greater access to healthy foods for people living in remote areas.

Mexico's Undersecretary of Disease Prevention and Health Promotion Pablo Kuri Morales acknowledged that "obesity is serious public health problem" in his country and reported on some actions that Mexico has taken such as the National Strategy for Prevention and Control of Overweight, Obesity and Diabetes; the Special Tax on Production and Services (IEPS), which has been levied on sugar-sweetened beverages in general and other products since 2014; and the Mexican Senate's recent order promoting physical activity in schools.

"Mexico has mandated hours when certain foods cannot be advertised on TV, along with labeling changes and a tax on sugar-sweetened beverages, which in one year led to a 5% reduction in the consumption of these beverages," said Kuri Morales, who stressed the need for a multisectoral action to address obesity.

The United Nations General Assembly proclaimed 2016 as the beginning of the Decade of Action on Nutrition. The initiative, which aims to trigger international action on nutrition, is led by FAO and WHO, with the resolution sponsored by Brazil, Ecuador, and other countries.

Jarbas Barbosa, president of the Brazilian Health Surveillance Agency (ANVISA), stated that "the new decade of nutrition confirms that we are moving in the right direction toward achieving the commitments of the Rome Declaration on World Food Security and the International Conference on Nutrition."

Barbosa said it is necessary to reach schools, and promote a good diet and policies to protect the most vulnerable people, especially children. "We are committed to strengthening nutrition policies in order to improve the health and quality of life of children," he explained.

The Chilean senator Guido Girardi described the law passed in his country in 2011, which mandated the inclusion of warnings on canned foods high in fat, sugar, and salt, and restricted their advertising and sale as a way of curbing the high rate of childhood obesity. He said that in Chile, 25% of children are obese by the age of 6, adding that "before now it was impossible to know if the foods being eaten were healthy, because the information was hidden on labels." Girardi added that children in his country were being exposed to more than 8,000 misleading advertisements each year.

The labels identify products that are high in sugar or salt. If they have either of these two labels, the product cannot be sold in schools or advertised, he explained.

The delegate from the United States reported that in her country, the number of obese children has doubled and quadrupled among adolescents in the last 30 years, and listed some of the actions being taken in order to reverse this situation.

"We have adopted a series of measures to restrict the intake of sugar and trans fats, and more recently to require labeling so that people know what they are buying," she said, adding that these and other community actions and programs for women and children have been successful in reducing childhood obesity. They are now also trying to increase the consumption of fruits and vegetables by 35% "to ensure that all children lead healthier lives."

For more information on PAHO's Plan of Action for the Prevention of Obesity in Children and Adolescents, visit this link.