Trachoma is one of the oldest diseases of mankind and is the leading infectious cause of blindness in the world. It is part of infectious diseases called "neglected " to be associated with poverty and marginalization and because they are not on the health agenda of governments.

The PAHO/WHO goal is to reduce trachomatous trichiasis to less than 1 case per 1,000 inhabitants (lashes turned inward, which rub against the cornea, is called trichiasis) and to reduce the prevalence of active trachoma among children 1—9 years old to less than 5%. The tool for combating trachoma is the strategy known as SAFE (Surgery, Azithromycin Antibiotics, Facial cleanliness, and Environmental improvement). These measures already implemented in Colombia, Brazil and Guatemala as part regional project for elimination of blinding trachoma. 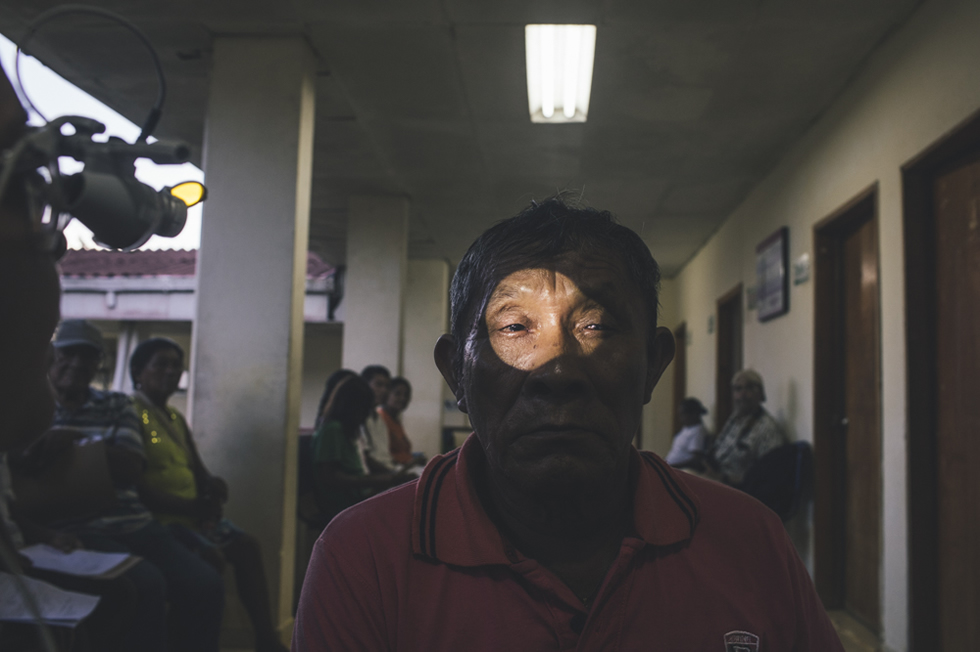 "I hardly see anything. I fail to see. On this side I see a little bit of light... over there, there is a light. "These are the phrases that Antonio repeated for a visual examination prior to surgery where they will remove cataracts covering his eyes. This 60 year old man, still hopes to to see sunlight, to go back to work, to feel useful for himself and his family, because for 17 years he has had partial blindness and a year ago he was diagnosed with ocular trachoma, "boredom consumes me" he says. 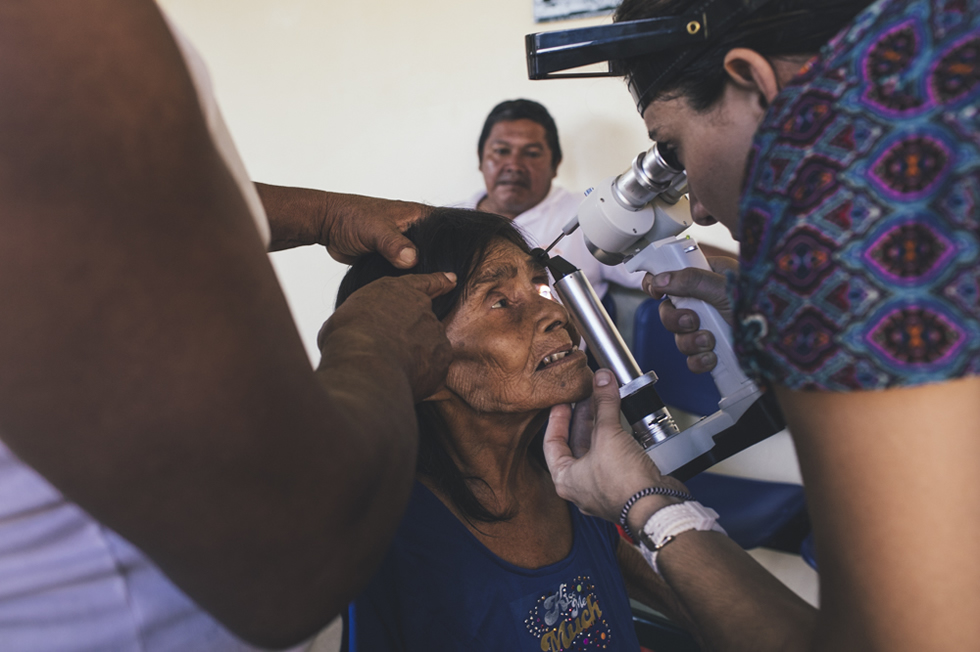 In Mitu, a town in the middle of the Colombian Amazon jungle, dozens of people have come from surrounding villages to be checked or treated for ocular problems. In this place, every year, staff from the Ministry of Health of Vaupes department and the Ministry of Health and Social Protection of Colombia, come together with a group of volunteer surgeons to care for those affected by trachoma. 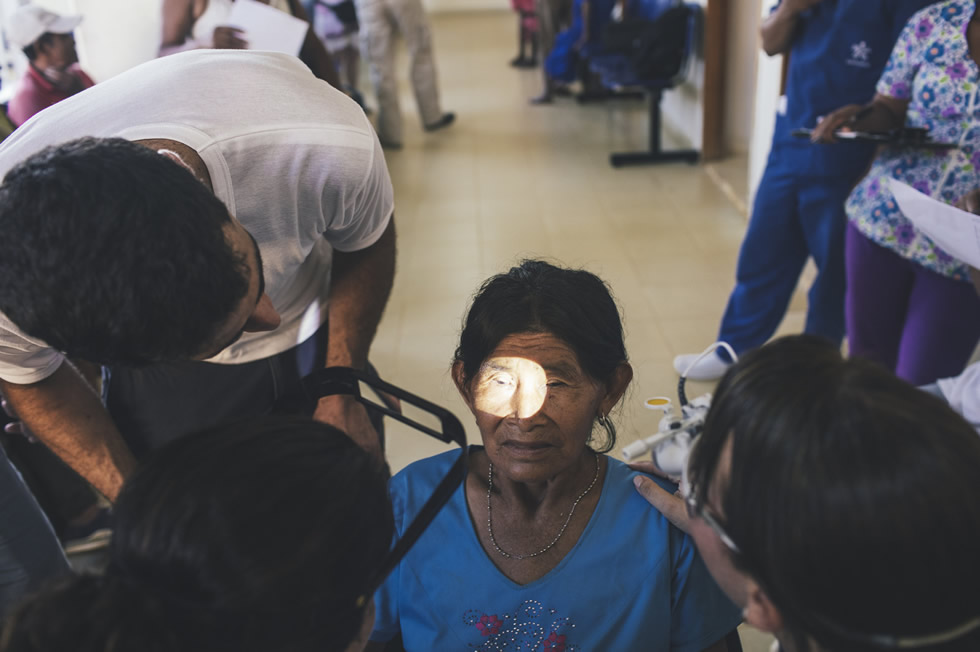 When Ocular Trachoma affects adults, it is recognized because people have lashes bent inward, which rub against your cornea and as time goes on, will cause blindness. Those affected by trachoma also tend to have other eye problems such as cataracts that are dense and dark, which contribute to visual impairment and eventually blindness. 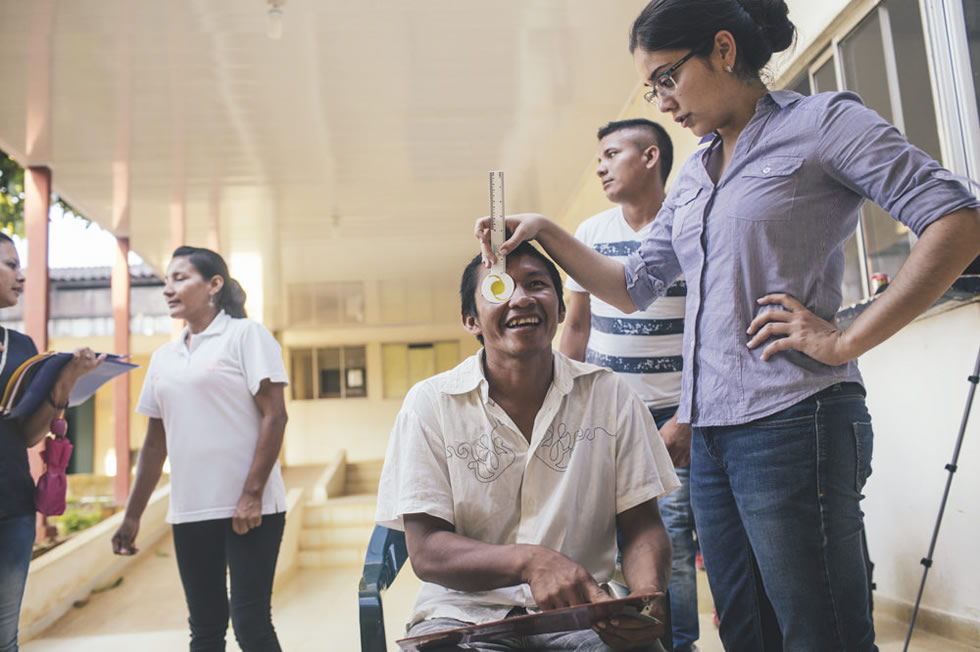 Blindness from trachoma is caused by the Chlamydia trachomatis bacteria. It begins as conjunctivitis by contact from person to person and often infection is recurrent in children living in extreme poverty. When the disease is untreated in a child or adolescent, the damage can be seen when they are elderly. 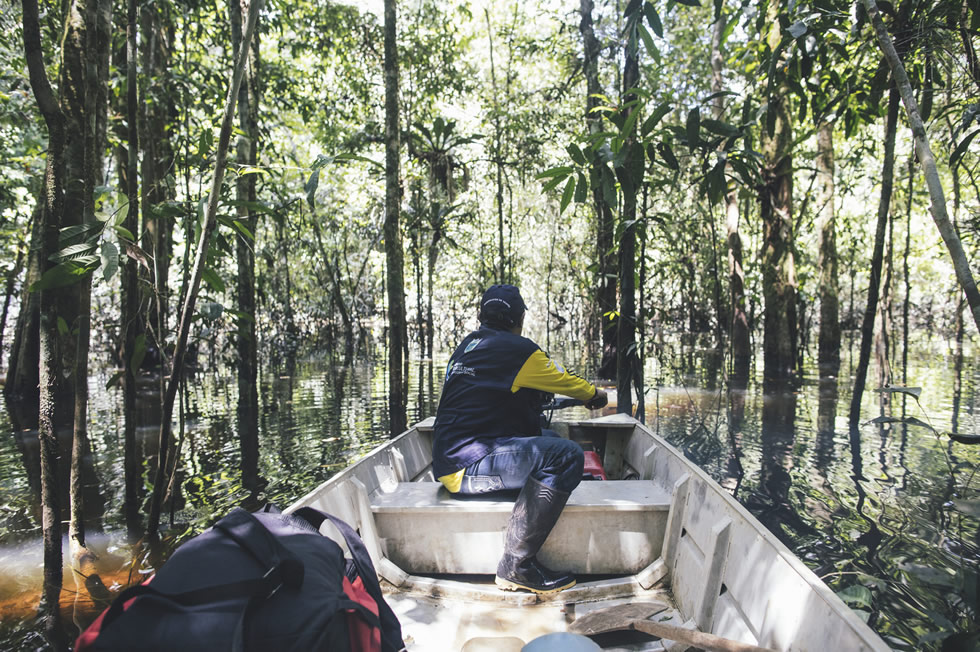 Trachoma is a disease of the poor, of the forgotten. It affects those who live in the distance, in the jungle, in places where there are no basic services and drinking water as it comes. Piracuara, is an example — where Antonio originated from- an Amazonian community on the border between Colombia and Brazil. To reach these communities you have to take a plane and then navigate the river for several hours . 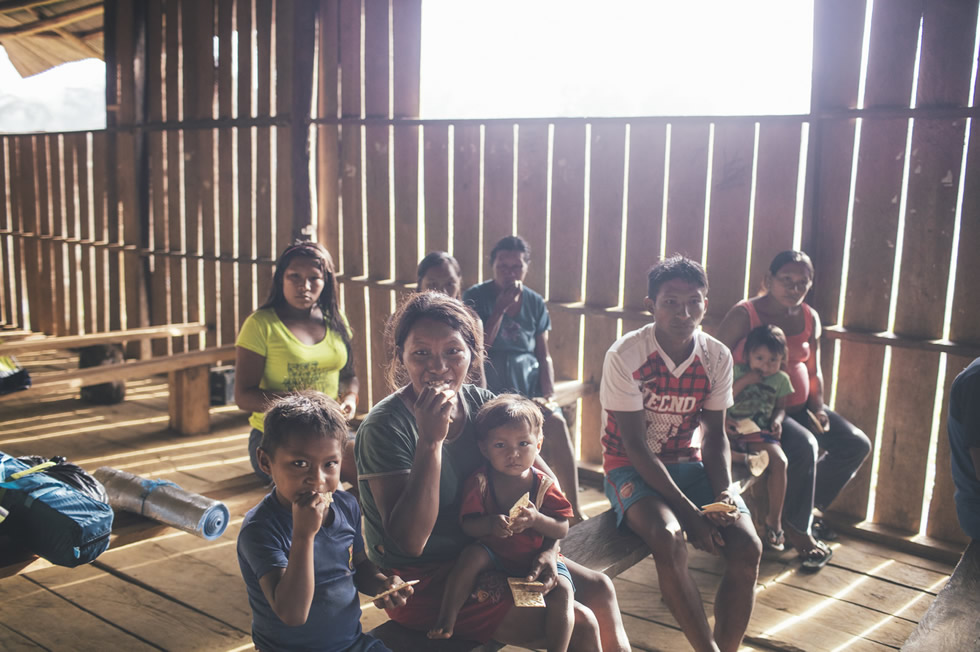 Blindness from trachoma is a disease that can be prevented if people have access to clean water and proper sanitation. Washing your face is essential, but some families have no clean water. Eye secretions contaminated with the bacteria, as well as sharing towels or clothing among children, increase the risk that the disease will persist in the community. 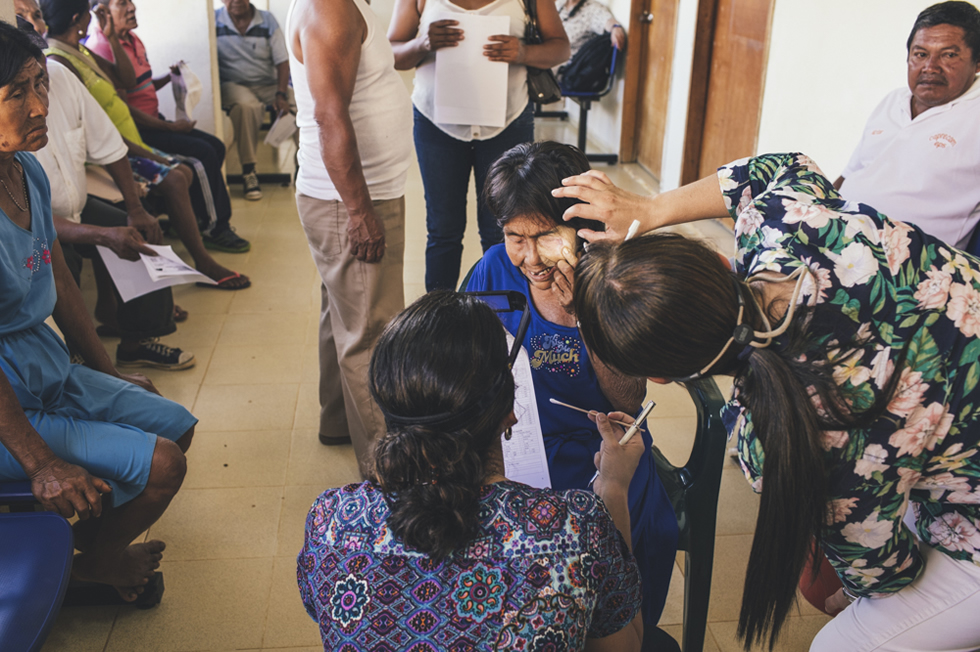 In Colombia, indigenous communities in the Amazon realized that the disease existed 20 years ago, many people were sick but attributed evil to their beliefs, until Hollman Miller, biologist from the Vector-Borne Vaupes Diseases Program, came to a community and found women with no eyelashes or with white clouds in their eyes. Thus he began his research and realized that it was one of the few outbreaks of this disease in the region. 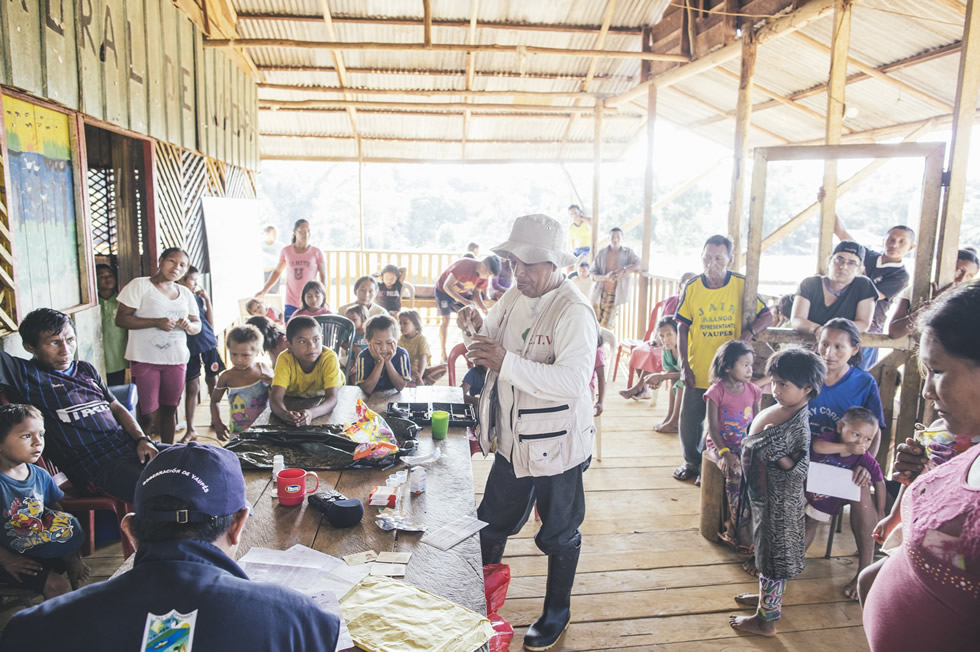 Trachoma is part of infectious diseases called "neglected" to be associated with poverty and marginalization and because they are not on the health agenda of governments. In the Americas region, four countries have reported people recently affected by ocular trachoma: Brazil, Colombia, Guatemala and Mexico. 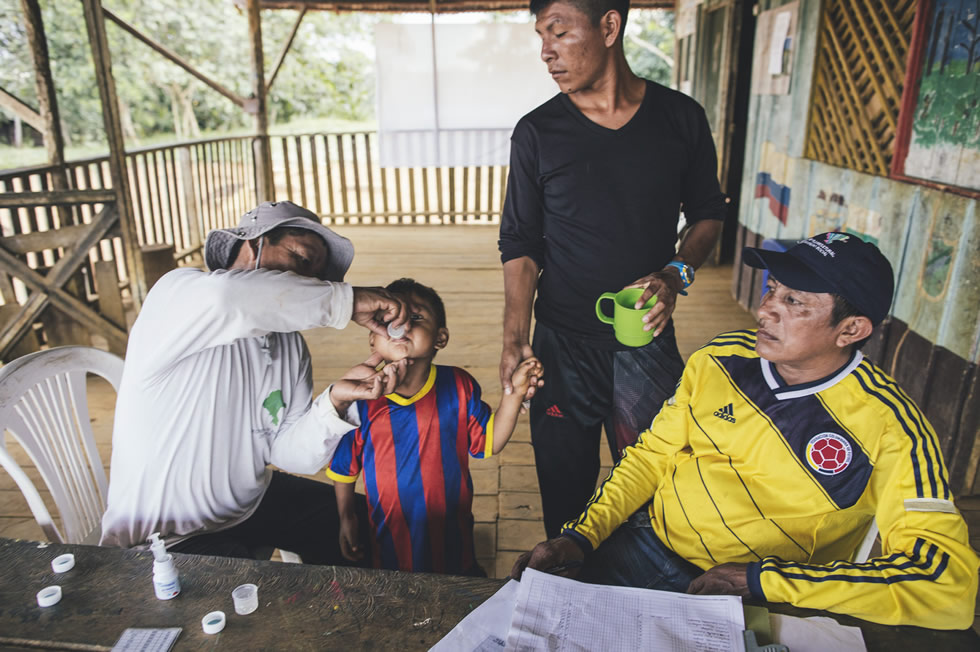 In Wakara, another community in the Colombian jungle, staff from Vaupes Health Secretary arrive to administer azithromycin tablets for children, for three consecutive years and reduce transmission of trachoma. The place is so remote that health technicians should make integrated prevention work of other diseases for adults and children, because it is perhaps the only chance in the year in which a health team reaches the community. 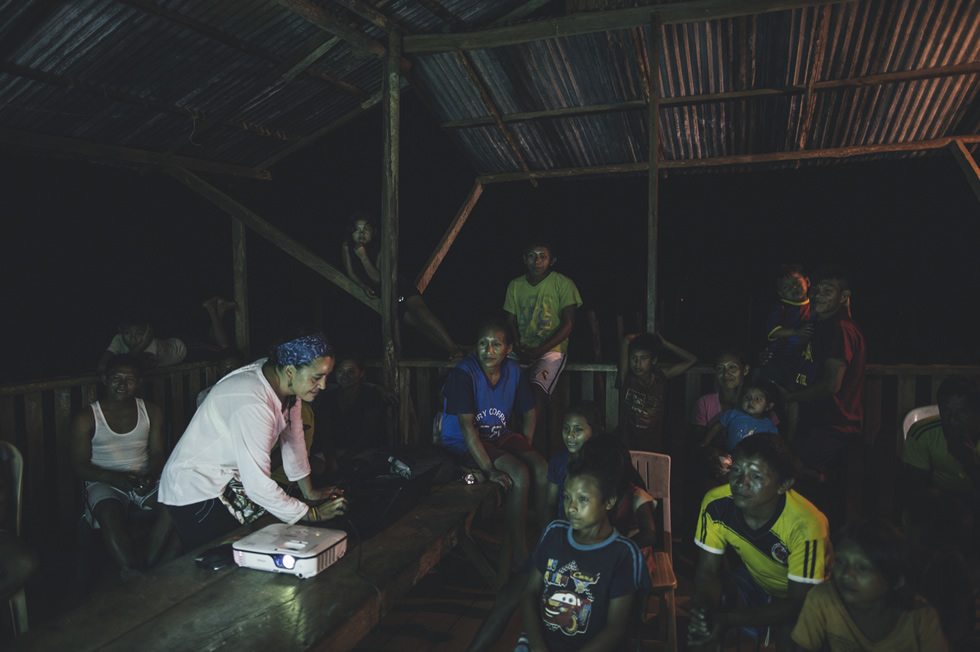 Health personnel stay in Wakara to perform various recreational activities with the community. Children and adults are added to the film community, which is the way they will explain to them how to detect certain diseases and how to prevent them. 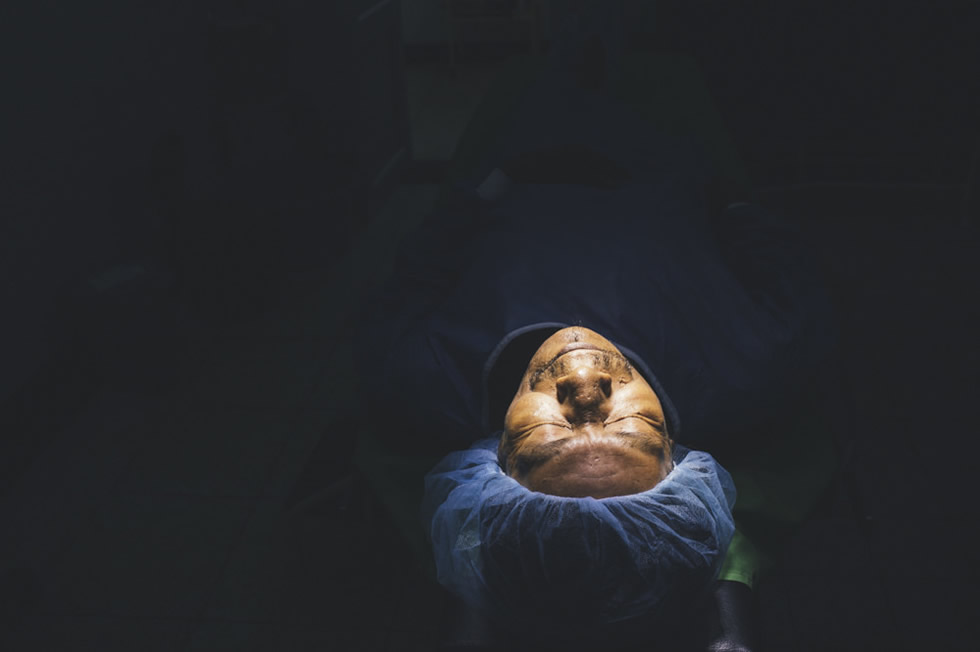 "I will plant cassava, banana, what us farmers sow here, "Antonio says, before entering to his eye surgery. He does not know that his blindness can not be reversed. Surgery will help reduce pain that he feels in the eyes caused by stuck eyelashes to eyelid and rub against the cornea.

Back to Top
Go Back to Trachoma Portal