Lima, June 22. - The Pan American Health Organization (PAHO/WHO) in Peru convened representatives from the public sector, academia and the civil society to form a working group to advocate for policies aimed at the prevention, treatment and control of alcohol consumption. 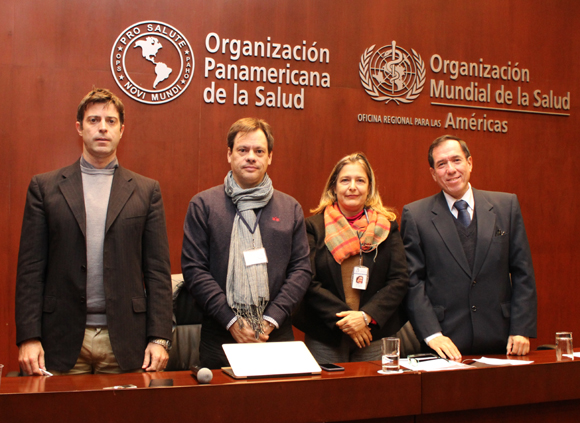 Among the participants' main concerns were the lack of response for addressing problems associated to alcoholism, such as domestic violence or traffic accidents (e.g. by providing treatment); the lack of studies about the economic impact of health problems caused by excessive alcohol use on both, the national budget and families; and the need to put this issue on the public agenda through the media.
Harmful use of alcohol is one of the four risk factors (tobacco, lack of physical activity, harmful use of alcohol and unhealthy diets) for major noncommunicable diseases that can be modified and prevented.

For Dr. Andrea Bruni, Subregional Adviser on Mental Health and Substance Use for South America, problem alcohol consumption among youth involves great risks, with associated consequences ranging from violence, unwanted pregnancies and drugs to alcohol disorders. He also highlighted those public policies of greater impact and cost-effectiveness in low-income countries: restricting access to alcohol, prohibition or market regulation, tax increases. In this regard, he expressed his concern about the law proposal for reducing the tax on beer that is currently on Peru´s legislative agenda.

Dr. Carlos Bromley Coloma, a psychiatrist at the Department of Mental Health, Ministry of Health, laid emphasis on the widespread use of alcohol in society, as is reflected in songs, advertising and the media. He expressed that health areas should not be the only ones to lead the battle against alcohol use, other sectors, such as industry or justice should also be involved.

Among other speakers were Dr. Carlos Saavedra, who described clinical issues generated by alcohol consumption; Dr. Marina Piazza, who presented a study on "Availability and consumption of alcohol in Los Olivos District: Adjusting district policies in Peru"; and Dr. Hernán Málaga, who made a presentation on "Restricting alcohol sales hours and its impact on violent preventable deaths." Finally, Dr. Guillermo Paraje, explained the impact of taxation and pricing on alcohol use in Peru.