The regional mortality database prepared, organized and integrated by PAHO based on official national vital statistics system were used as data source. [1]

PAHO methods for correcting incompleteness and inadequacies in recorded deaths from the national vital statistics systems were used [2] as follow. Deaths with unknown sex were redistributed pro-rata within known sex by stratum (country, year, age, and underlying cause of death), and deaths with unknown age were redistributed proportionally within known ages by strata.

The coverage of the vital statistics systems was estimated by dividing the observed general mortality rate by strata of country, year, sex and age-group, by the expected death rate in the same stratum based on life table estimates from the Global Burden of Disease study 2013. [3] Tabulated deaths by stratum were corrected by dividing the number of registered deaths by the under-registration estimates. This correction was applied under the assumption that missing deaths from vital statistics across strata follow the same distribution of recorded deaths.

Deaths with underlying causes coded to symptoms, signs and ill?defined conditions were redistributed proportionally to all non?injury causes of death by stratum (country, year, sex and age group) under the assumption that these deaths follow the same distribution of recorded deaths from well-defined non-injury causes, and any death coded as ill-defined condition were not actually due to an injury-related cause of death.

Five-year death rates were then translated into the probability of death for each NCD using the following formula:

Where 5Mx is the age-specific mortality rate for each five-year age group, country and year.

The unconditional probability of death, for the 30-70 age range, was finally calculated using the following formula:

Table 1 shows the country-year of mortality data available and used as data source in the estimation of NCD mortality metrics as of August 2016. 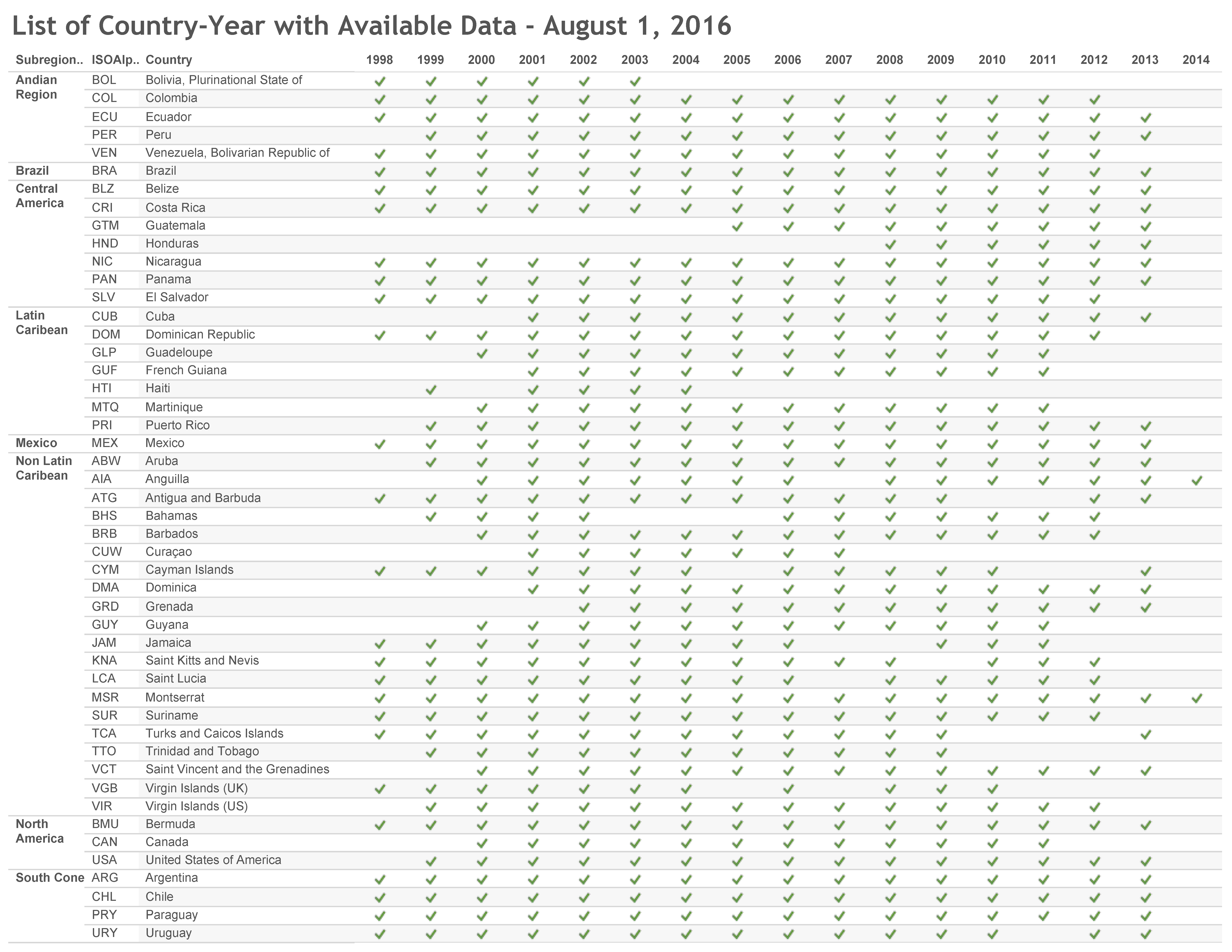 Mortality estimation methods were applied only to available country-year data. This means that incomplete time series of mortality measures have been produced, and some results at subregional and regional levels should be analyzed with caution.

Mortality estimates for countries and territories with small population, such as some Caribbean islands, are unstable due to small numerators and denominators. Results in this cases should be analyzed with caution.