PAHO urges stepping up nine measures to end AIDS by 2030

Accelerating response in combination prevention, early detection and access to treatment could help end the epidemic as a public health problem 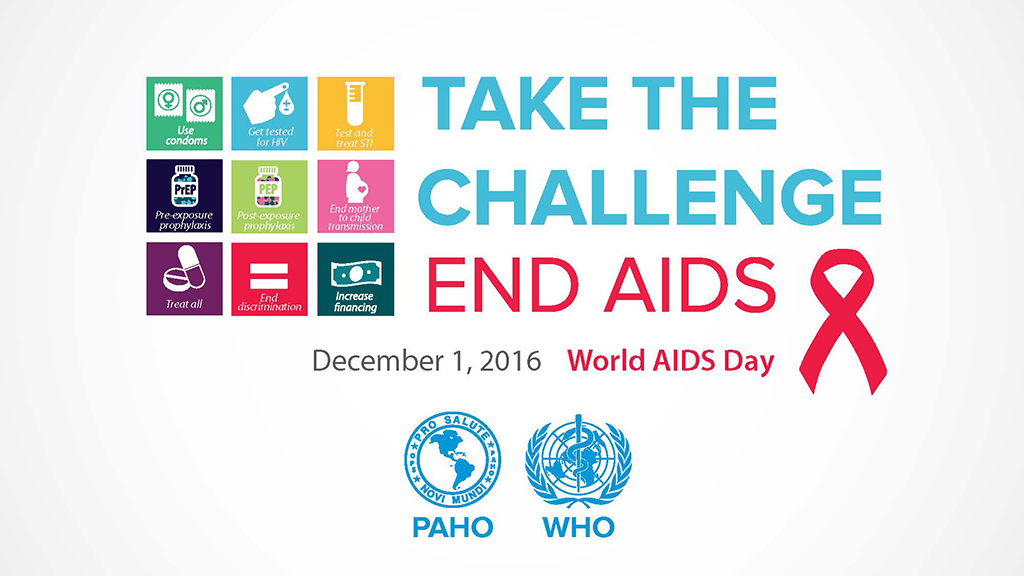 Providing and promoting the use of condoms and lubricants, providing HIV testing in areas frequented by the key populations, and expanding access to pre-exposure (PrEP) and post-exposure (PEP) prophylaxis are some of the measures that, if reinforced, could help end AIDS as a public health problem within 15 years.

"HIV remains a threat to global health and requires a strategic global and regional response," said Dr. Carissa F. Etienne, Director of PAHO. "We must intensify efforts in combined prevention, early detection and access to treatment, which are the keys to halting transmission of the virus in the coming years," she added.

Nearly two million people are living with HIV in Latin America and the Caribbean. Each year, 100,000 people acquire the virus and 50,000 die from AIDS-related causes. Between 2000 and 2015, new HIV infections were reduced by 25% and deaths by 23%. However, in the last five years, there has been a slight increase in cases (0.7%), particularly among men.

By accelerating the response to HIV/AIDS in the Americas, the ambitious goal of reducing new HIV cases by 74% by 2020 and reducing AIDS deaths in the region by 62% could pave the way for the end of the epidemic in 2030. PAHO and its member countries agreed this year on a new plan to move in that direction.

"Today, we have more tools to prevent new infections, to diagnose all those who live with the virus and don't know it, and to treat everyone as soon as possible to preserve their health," said Dr. Marcos Espinal, director of the Department of Communicable Diseases and Health Analysis. "Accelerating action of these and other measures can reduce the epidemic to the lowest level possible."

The PAHO campaign aligns with WHO's Global Health Sector Strategy on HIV, the declaration of the United Nations General Assembly High-Level Meeting to end AIDS, the Sustainable Development Goals (SDGs ) and the UNAIDS 2016 campaign, which focuses on HIV prevention, one of the measures to end AIDS in 2030.