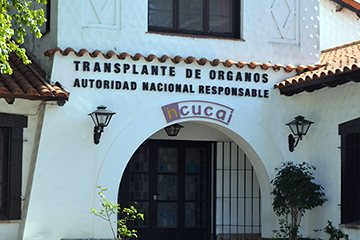 Washington, DC, 21 April 2017 (PAHO/WHO) - The Instituto Nacional Central Único Coordinador de Ablación e Implante (known by its Spanish acronym as INCUCAI), which reports to the Argentine Ministry of Health, was designated a Pan American Health Organization/World Health Organization (PAHO/WHO) collaborating center. The purpose of the designation is to join efforts to benefit access, availability, and quality on transplantation for patients who need it.

The designation of the new collaborating center is aligned with the Policy Framework for Human Organ Donation and Transplantation, signed in 2009 by member of the PAHO Directing Council, and the updated WHO Guiding Principles on Human Cell, Tissue and Organ Transplantation, approved by the World Health Assembly on May 2010. These principles, propose the strengthening of national capacity to effectively and efficiently address the donation and transplantation of cells, tissues and organs worldwide and in the region.

WHO Guiding Principles on Human Cell, Tissue and Organ Transplantation