The USD100,000 award and plaque was received by Cuba's Minister of Health Dr. Roberto Morales Ojeda on behalf of the HRIMB, in recognition of its emergency medical assistance to more than 3.5 million people in 21 countries affected by disasters and epidemics since the founding of the Brigade in September 2005.

The HRIMB has "spread a message of hope throughout the world," said the award presenter, John Linto, president of the Korean Foundation for International Health Care (KOFIH).  Linto explained that the Brigade's 7,400 voluntary health care workers have treated more than 3.5 million people in 21 countries ravaged by many the world's worst natural disasters and epidemics throughout the past decade.  He added that an estimated 80,000 lives have been saved as a direct result of the Brigade's front-line emergency medical treatments to patients in these countries.

The HRIMB was established by more than 1,500 Cuban health professionals trained in disaster medicine and infectious disease containment. It is integrated into Cuba's Ministry of Public Health, which has over 40 years of medical aid experience. During the height of the 2014-16 West Africa Ebola outbreak, the Brigade's emergency response teams of 250 specialized physicians, nurses and other health workers constituted the single largest medical operation on the ground in Sierra Leone, Guinea and Liberia. 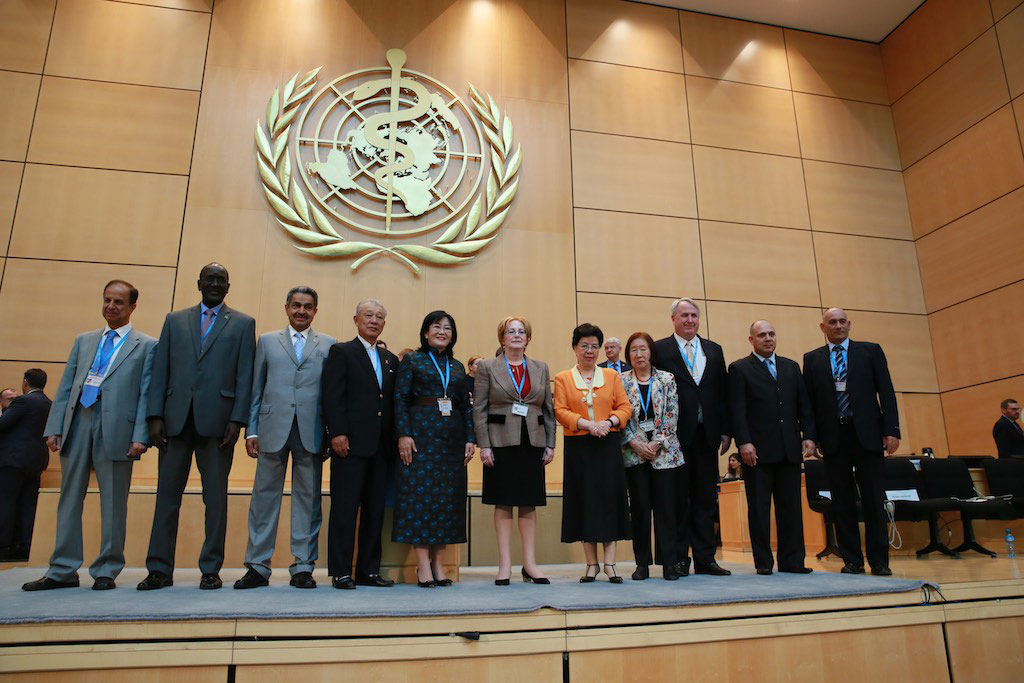 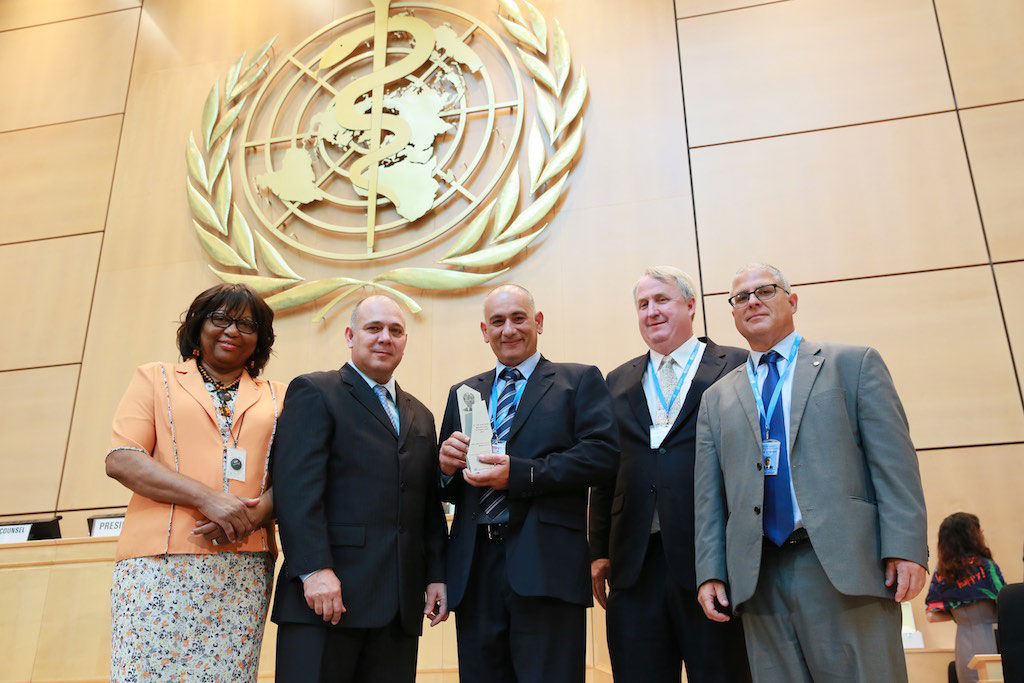 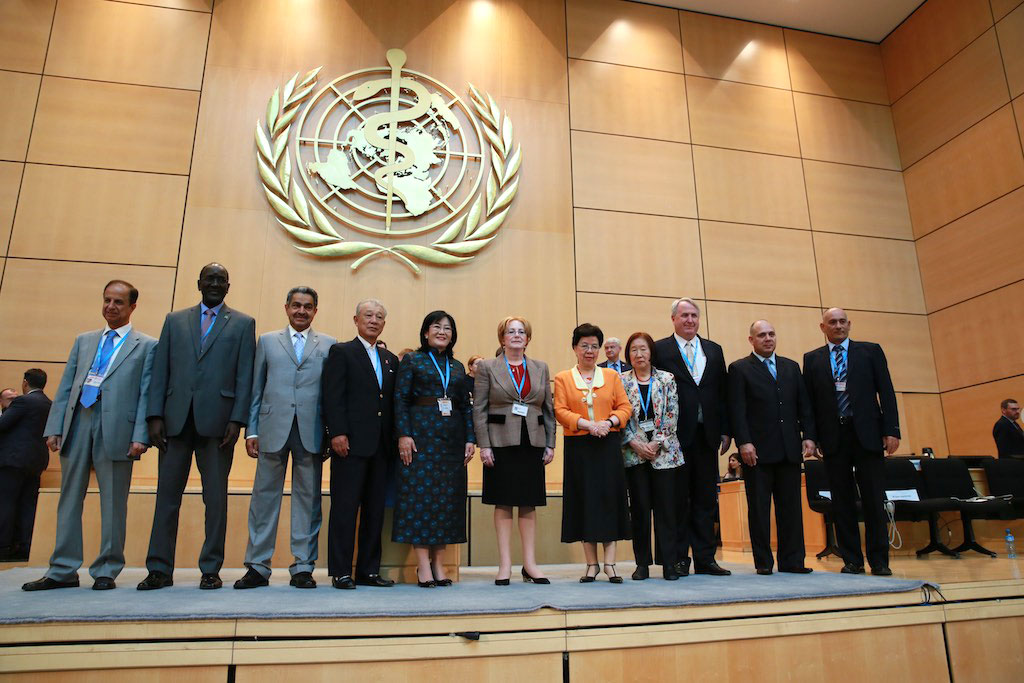 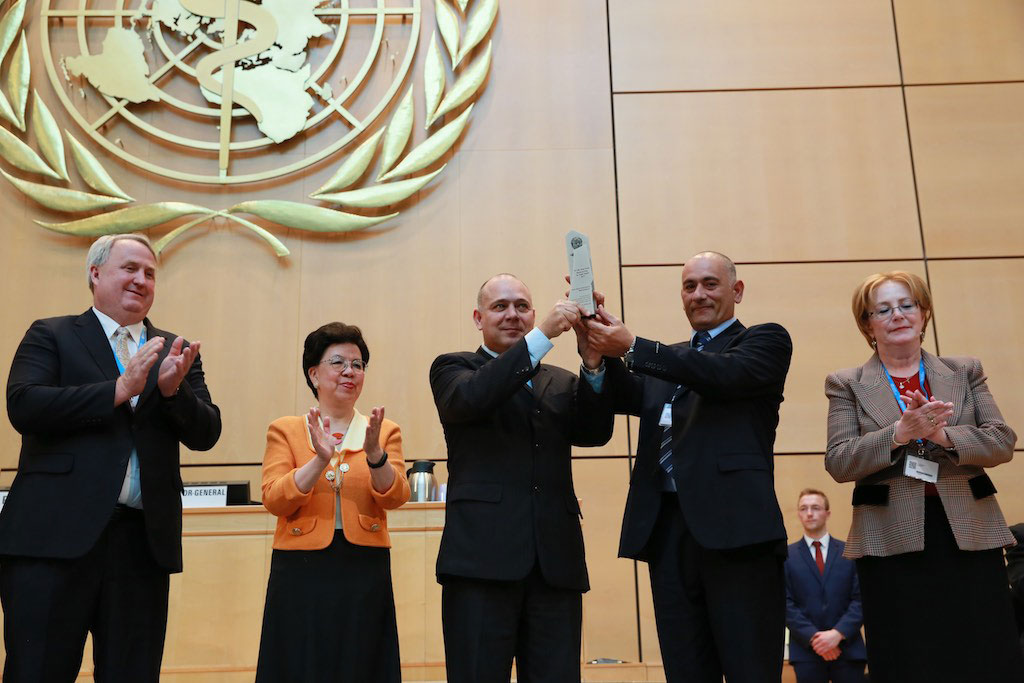 The HRIMB soon gained global attention from media, policymakers and other groups for its highly skilled and swift support to local health providers who were under-staffed, under-funded and overwhelmed by the scale and severity of the Ebola outbreak.

"Much of the work of the Brigade has been integrated with the international cooperation of the Pan American Health Organization and the World Health Organization, including during the recent cholera outbreak in Haiti," said Dr. Morales. "It is a big honor for Cuba and the Brigade to receive this award, as it motivates us to continue extending our solidarity and assistance to all people facing emergencies or natural disasters."

Dr. Felix Baez, who received the award together with the Cuban Health Minister, has been deployed with the HRIMB to several different large-scale disasters and health emergencies, including the Ebola outbreak in Sierra Leone in October 2014. He was also the only member of the HRIMB to become infected with Ebola.

"I had to fight Ebola not just in the patients but also in my own body," Baez said. "I never lost faith that I could survive."

A country of just 11.5 million people, Cuba has more than 50,000 of its health professionals serving in 66 countries. Cuba is also globally recognized for its preventive, community based approaches to primary health care, disease prevention and medical education

Baez said that today's award to the HRIMB "confirms our commitment to continue our work, to go to the world's most difficult places, and to serve people who are in greatest need. We want to keep doing this, and to save many more lives -- no matter how difficult it gets."