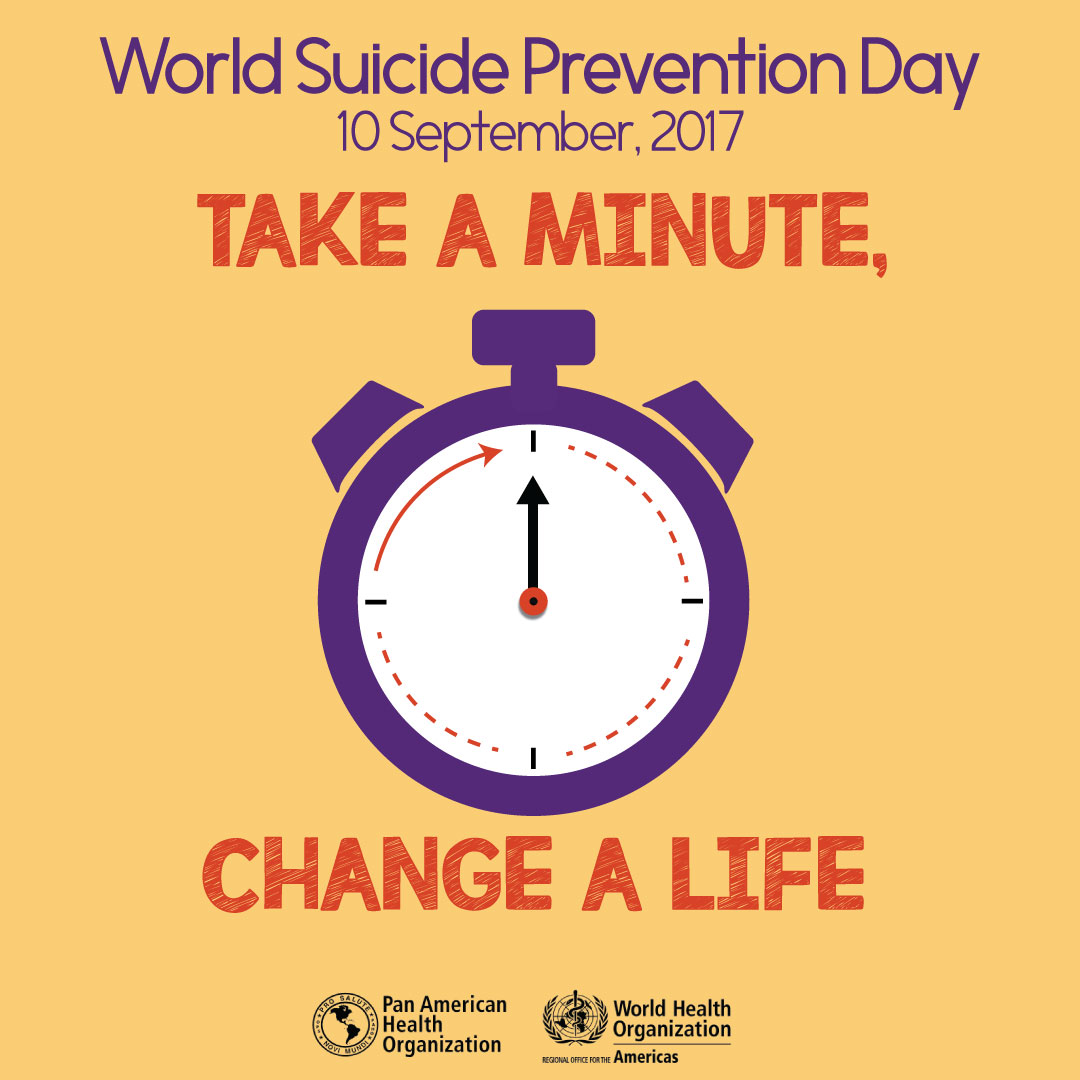 Since 2003, the International Association for Suicide Prevention, in collaboration with the World Health Organization (WHO), has promoted World Suicide Prevention Day, held annually on 10 September. The purpose of this day is to raise awareness around the globe that suicide can be prevented. The theme for this year is "Take a minute. Change a life."

Suicide is a significant public health problem worldwide. It affects families, communities and entire countries. Globally, more than 800,000 people die from suicide each year, equaling one suicide every 40 seconds. For each suicide death, there are estimated to be more than 20 suicide attempts. Globally, suicide is the second leading cause of death in 15-29-year-olds. While more men commit suicide than women, women will attempt suicide more frequently.

In the Americas, around 65,000 deaths occur from suicide each year. In many countries, the number of deaths due to suicide may be underestimated. North America and the Non-Hispanic Caribbean exhibit the highest rates of suicide in the Region. Suicide is the third leading cause of death in persons aged 20-24 and the fourth leading cause of death among those aged 10-19 and 25-44 in the Region. Suicides in men account for the majority (79%) of all suicide deaths in the Americas.

Suicides are preventable with timely, evidence-based and often low-cost interventions.

Cycle in support to suicide prevention 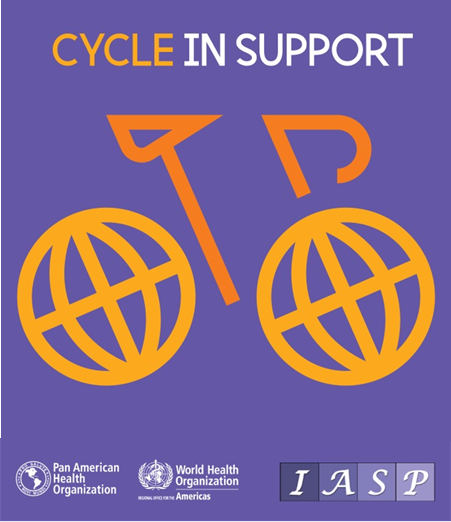 PAHO joins the "Cycle around the world" campaign lead by the International Association for Suicide Prevention to raise awareness on suicide and promote suicide prevention activities. The challenge consists on collectively cycle the globe (40,075 km / 24,900 miles).

We invite you to join the campaign by riding your bike and registering the miles or kilometers that you ride from 2st - 17th September, 2017.

You can cycle anywhere: on your way to home, work, local roads, as part of a race, by yourself, with a group of friends, etc. Whatever distance you wish. Anyone of any age can join the event. The more people take part, the greater is the awareness raised.  Click on the following link for more information 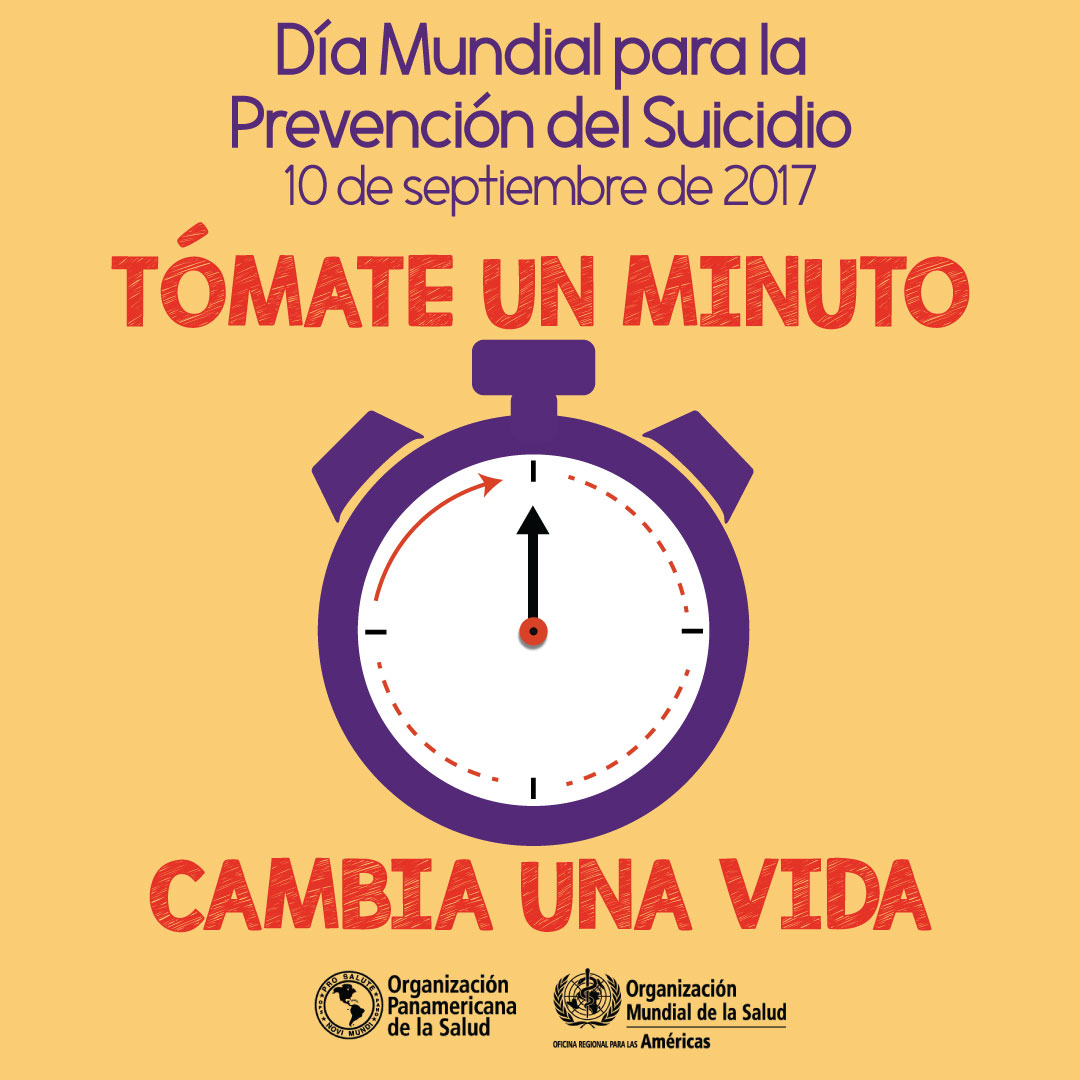 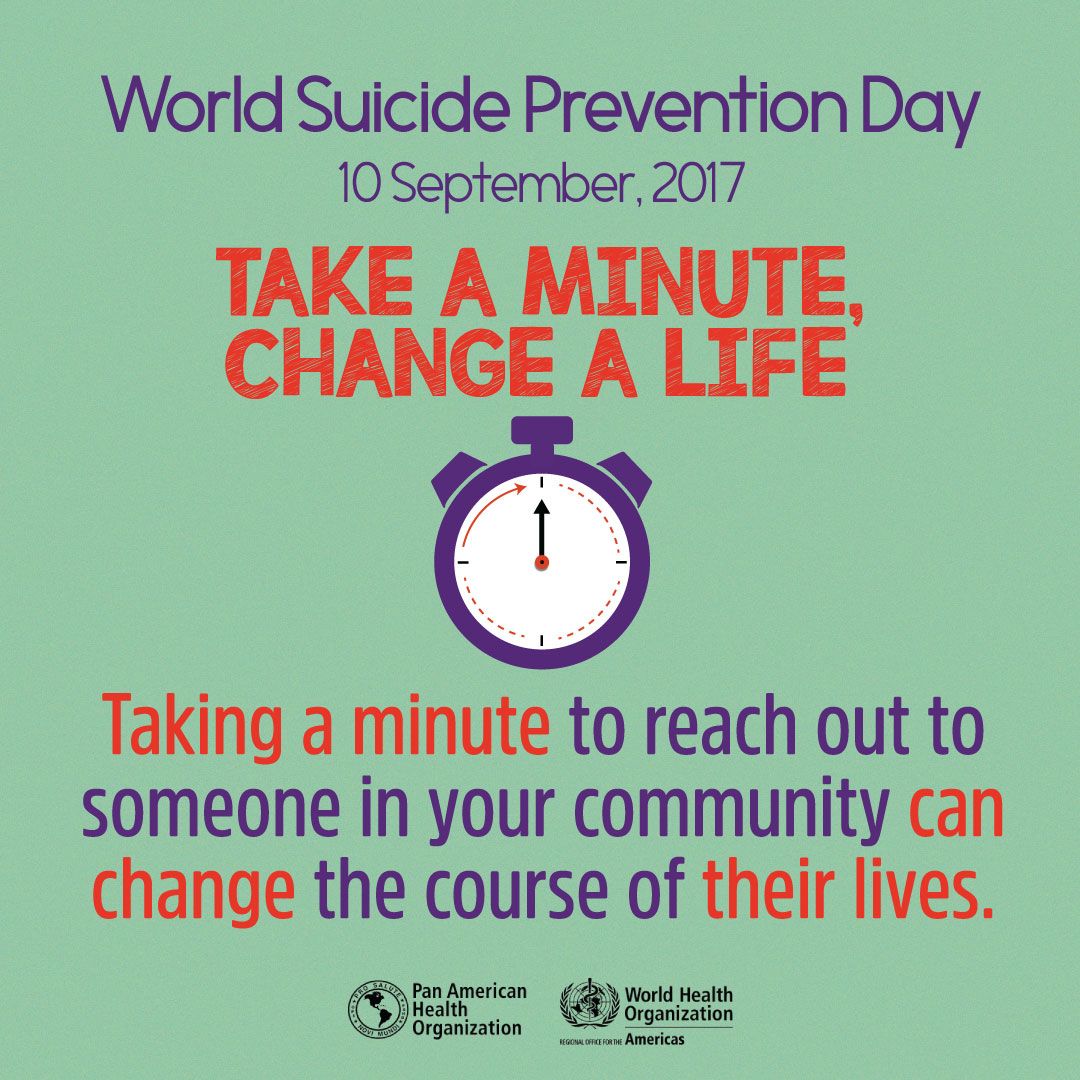 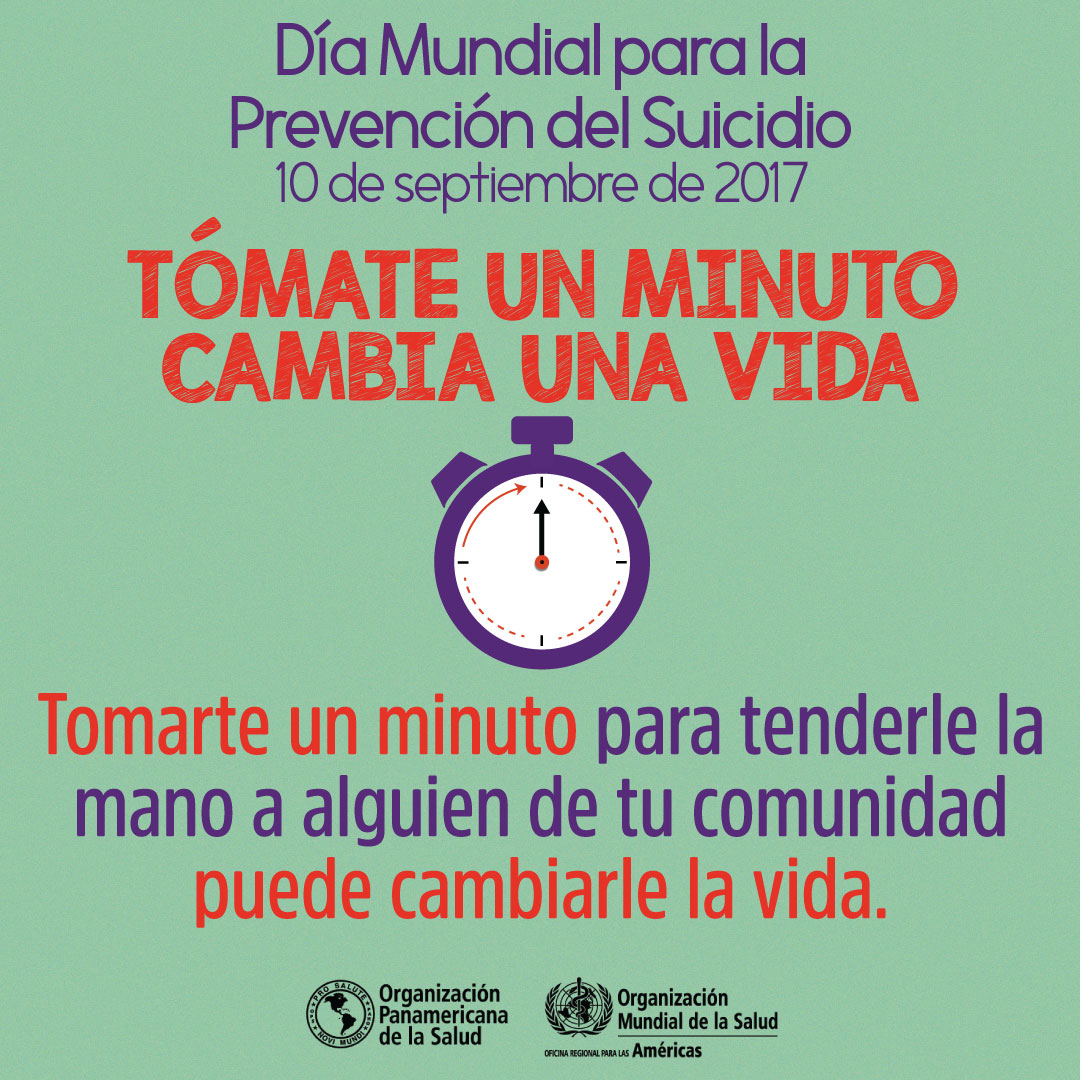 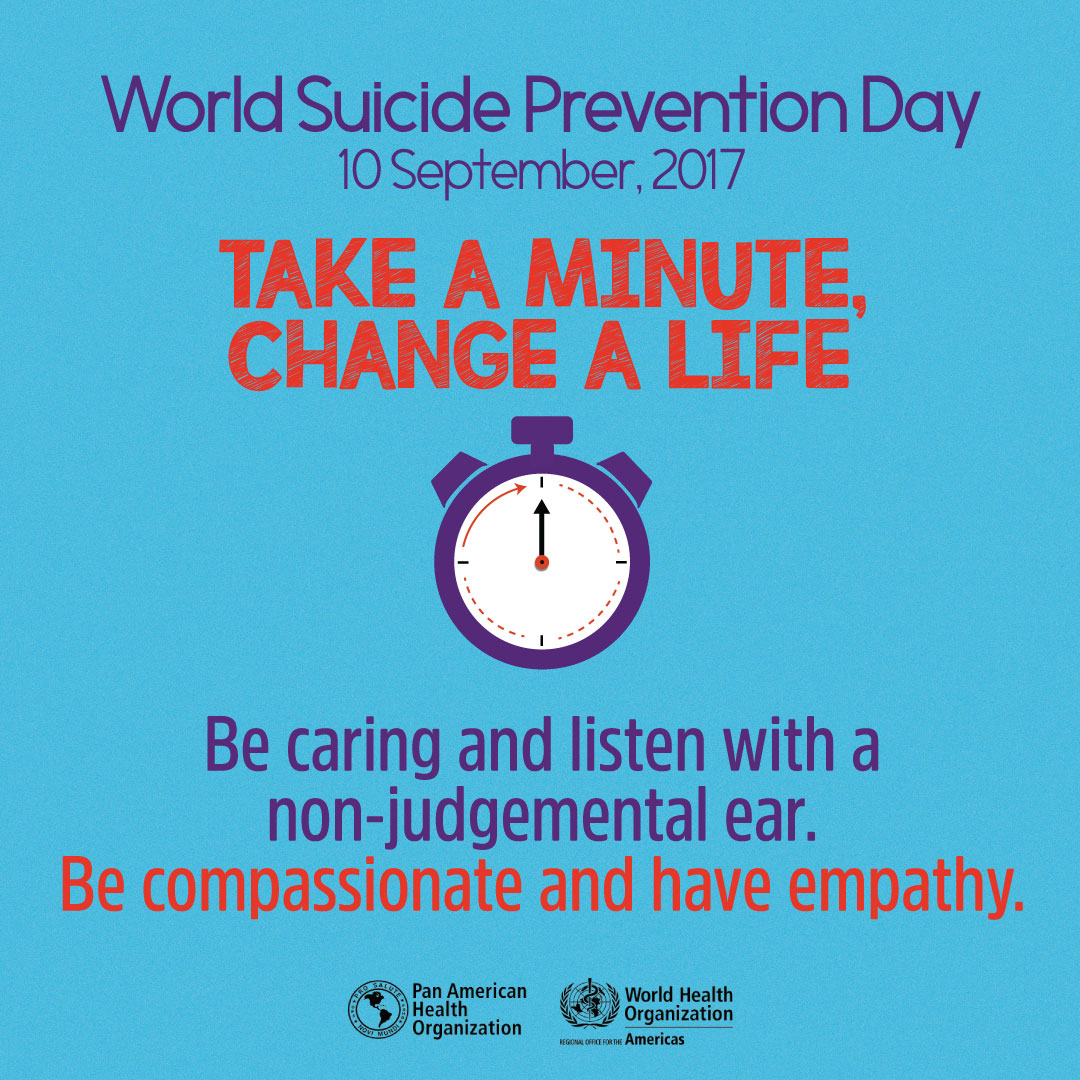 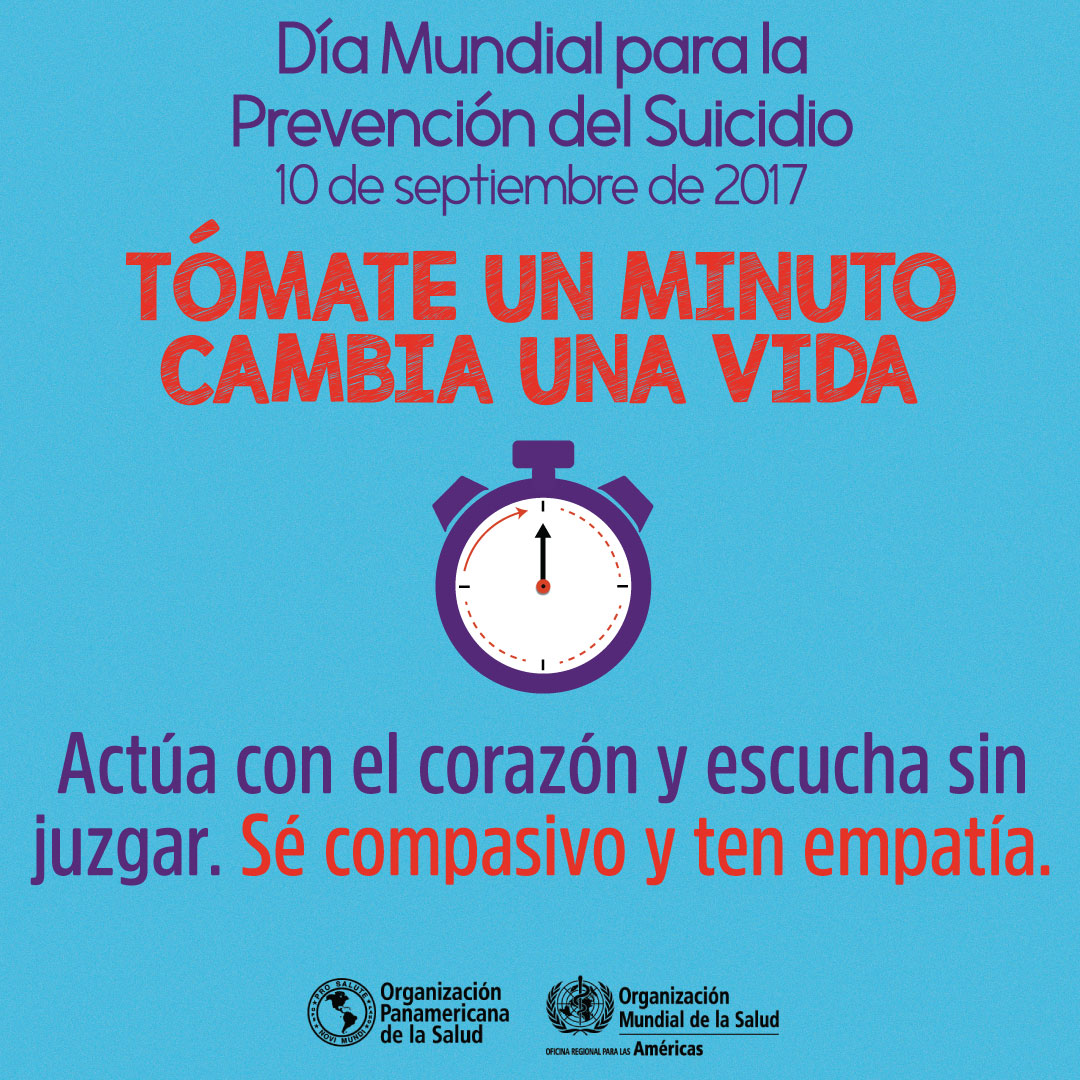 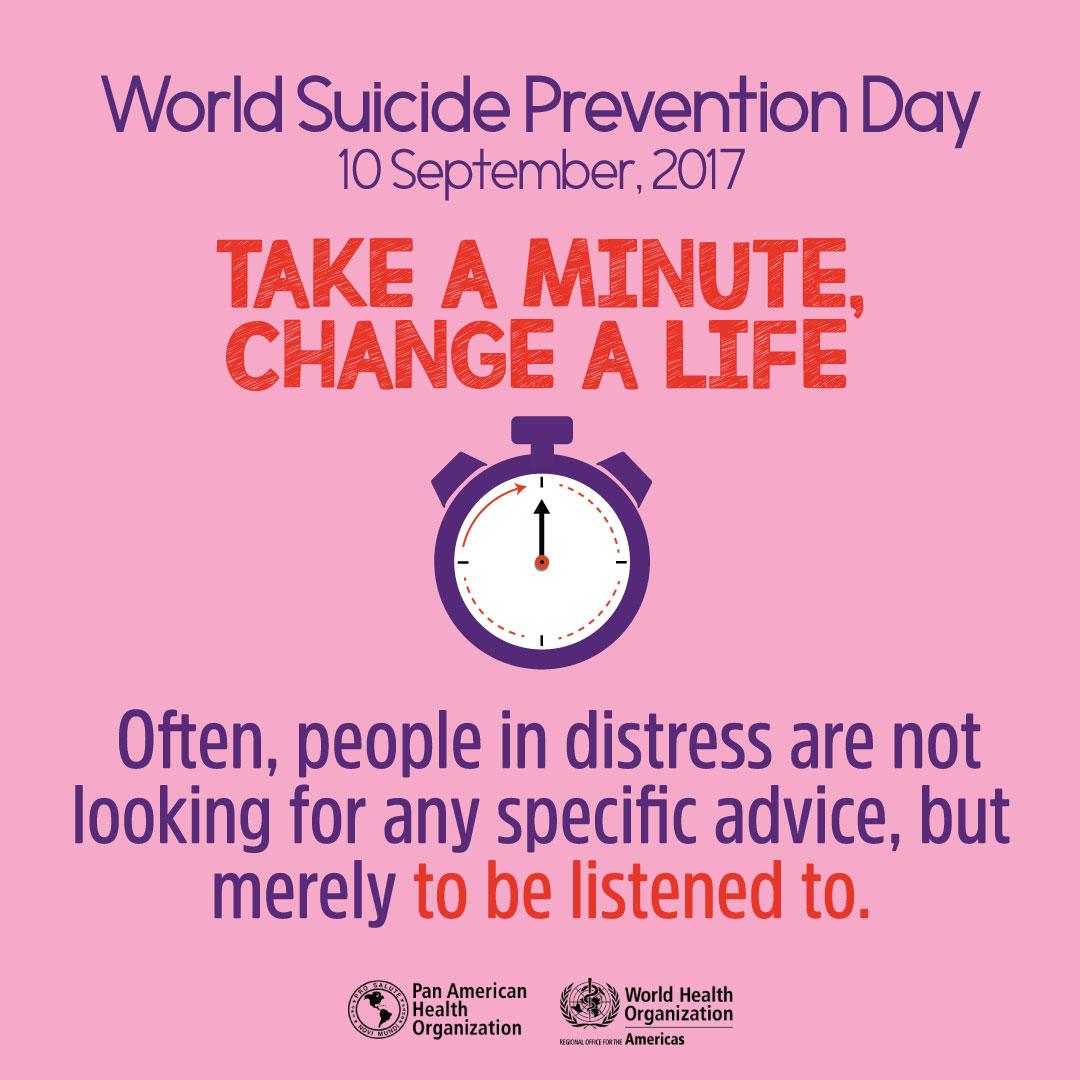 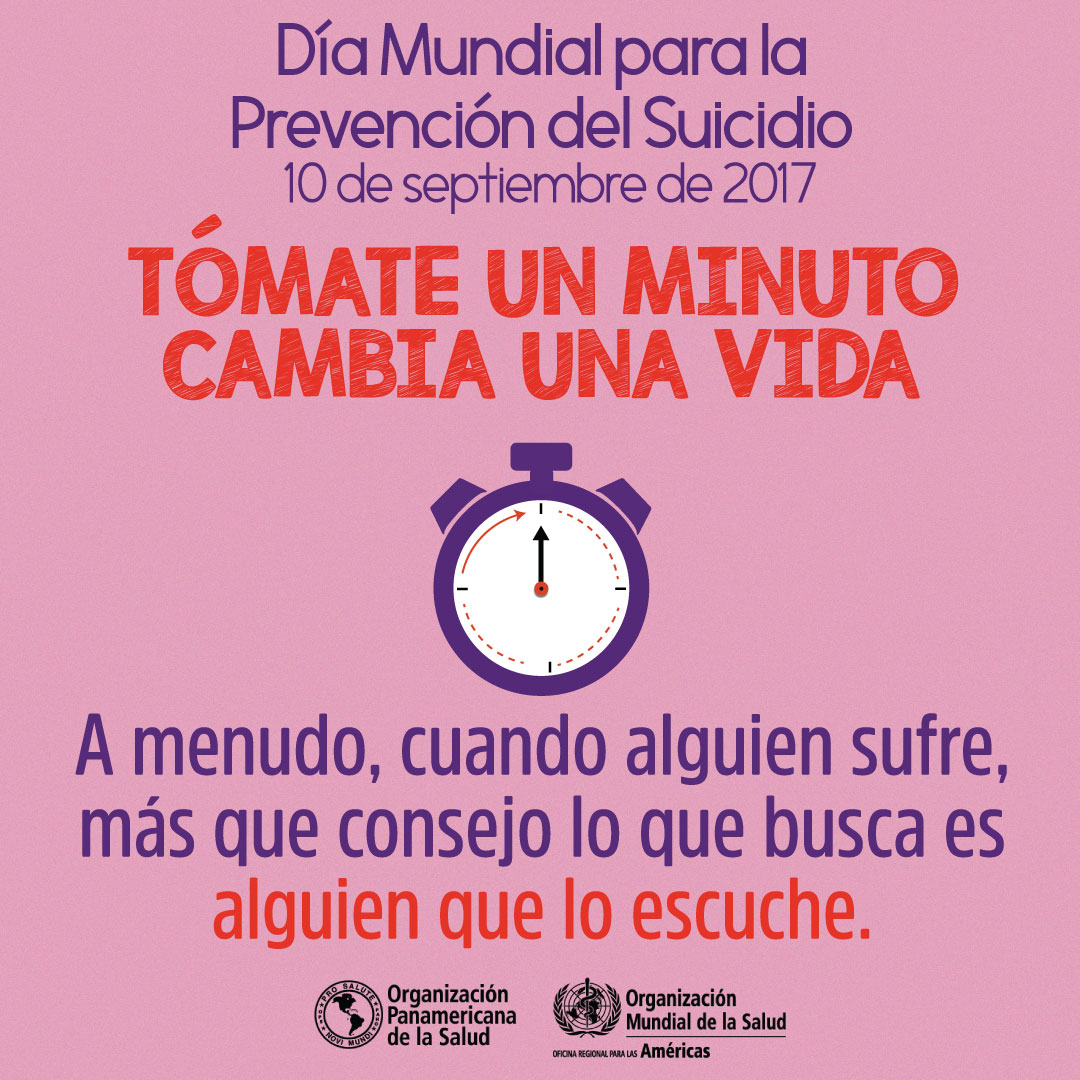