Measles was declared eliminated from the Americas in 2016, following the declaration of rubella and congenital rubella syndrome (CRS) elimination in 2015. The Region was the first in the world to have eliminated all three diseases, culminating a 22-year effort involving mass vaccination against measles, mumps and rubella throughout the Americas. 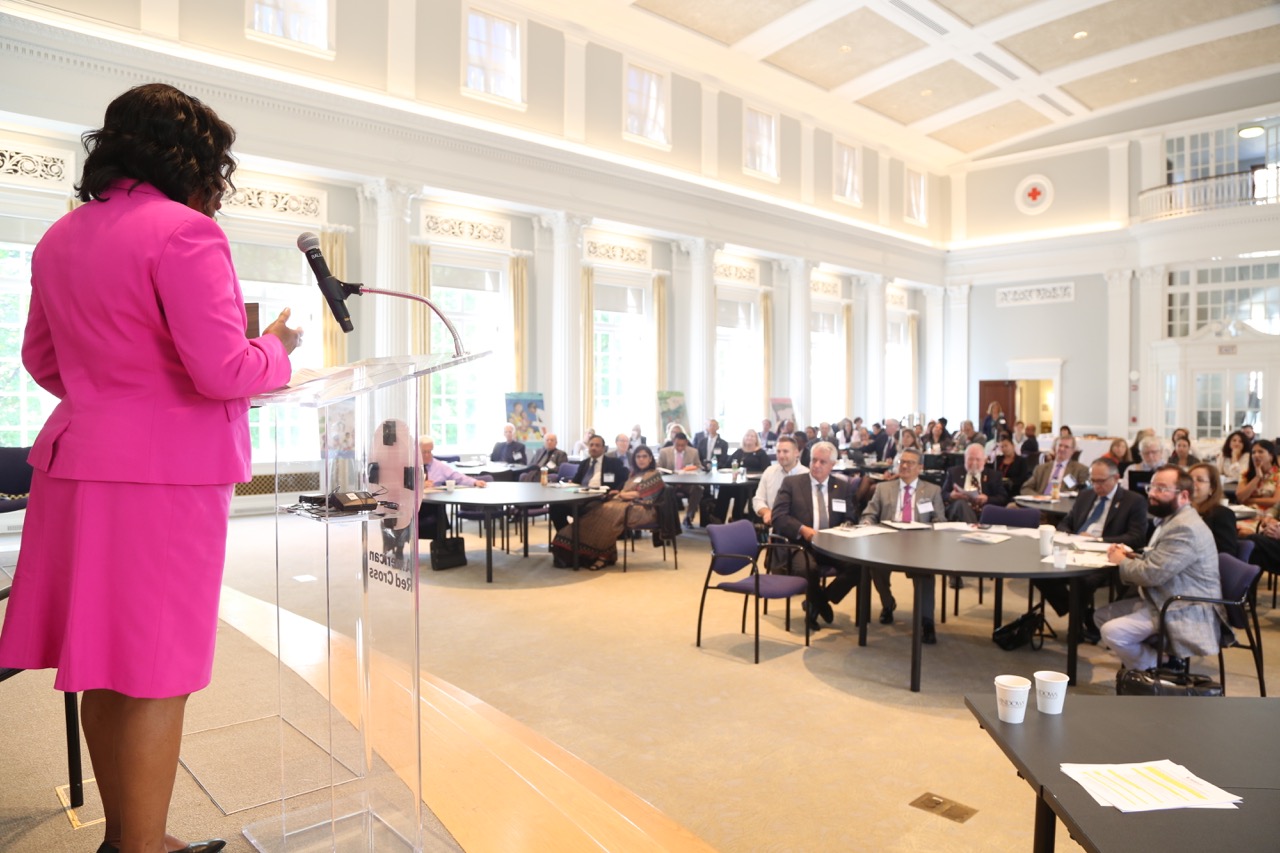 "We are extremely grateful for this award for measles and rubella elimination, but we know we can't let down our guard yet. Cases of measles still circulate in other regions of the world," said PAHO/WHO Director Dr. Carissa Etienne. "Continued vaccination, strengthening epidemiological surveillance, and increasing communication with communities are the best way to prevent measles." Etienne accepted the award at the annual Measles & Rubella Initiative (M&RI) Partners' Meeting in Washington, DC.

PAHO was nominated for the award by M&RI planning committee members, including the American Red Cross, CDC, UNICEF, WHO, GAVI and UN Foundation. 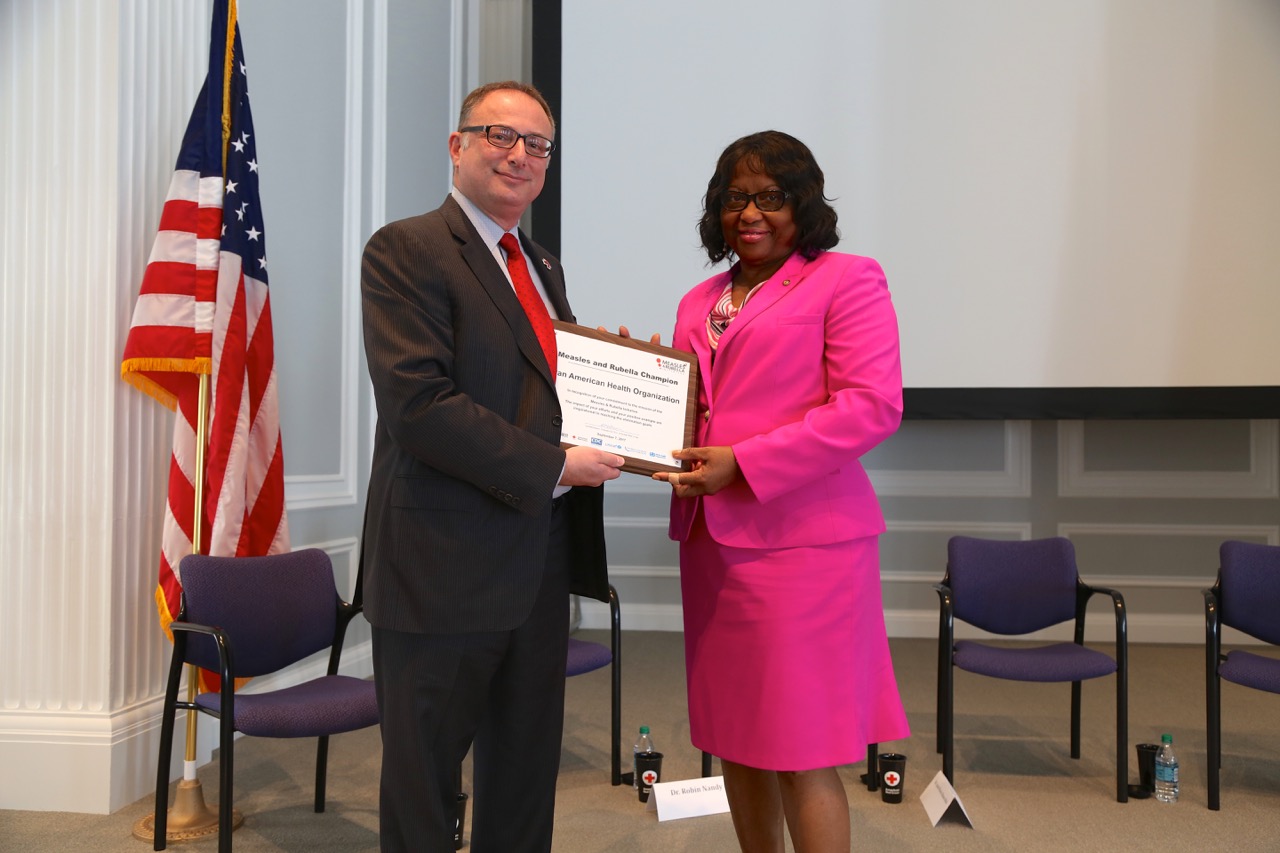 Before widespread measles vaccination began in 1980, measles caused 2.6 million deaths a year throughout the world, 12,000 of them in the Americas. Before mass-scale rubella vaccination, an estimated 16,000 to more than 20,000 children were born with CRS each year in Latin America and the Caribbean, while more than 158,000 rubella cases were reported in 1997 alone. In the United States, 20,000 infants were born with CRS during the last major rubella outbreak (1964-65).

PAHO/WHO's measles elimination strategy had recommended three lines of action for countries: 1) conduct a one-time national campaign to bring children between 1 and 14 years of age up to date with measles vaccination; 2) strengthen routine vaccination to reach a minimum of 95% of children every year; and 3) undertake massive follow-up campaigns every four years, to reach a minimum of 95% of children aged 1 to 4 with a second dose of vaccine.

In the late 1990s, the English-speaking Caribbean countries pioneered the use of mass rubella vaccination campaigns targeting adolescents and adults. With support from PAHO/WHO and its Revolving Fund for Vaccine Procurement, which helps countries procure vaccines at lower cost, some 250 million adolescents and adults in 32 countries and territories were vaccinated against rubella between 1998 and 2008. 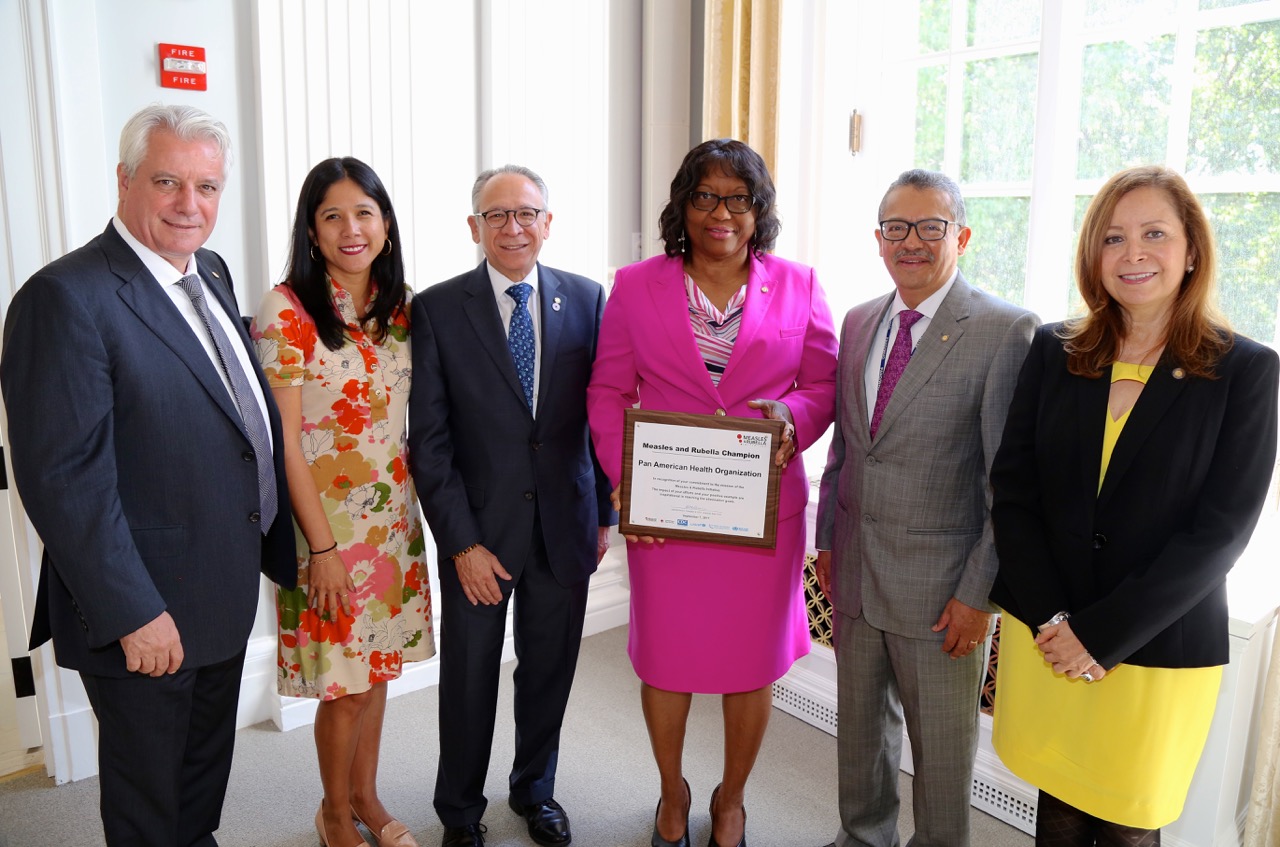 Global progress against measles has been stunning. In just over a decade, more than 2 billion doses of measles vaccines have been delivered to children in 88 countries; additionally 153 countries provide rubella vaccine in their national immunization schedule, with 10 more countries expected to introduce it in 2017. In 2016 alone, 135 million children received measles or measles-rubella vaccines during immunization campaigns. Other public health interventions were also delivered in addition to measles or measles-rubella vaccine during 78% of these campaigns.

The M&RI and its partners have provided 16 years of support to countries that has helped to save millions of lives. In 2000, before the M&RI was formed, more than 562,000 children died worldwide from measles complications each year. Thanks to support from the M&RI and partners including Gavi, the Vaccine Alliance, measles vaccines saved an estimated 20.3 million lives from 2000 through the end of 2015.