Washington, DC, 3 Nov. 2017 (PAHO/WHO) - The Pan American Health Organization and partner agencies recognized new Malaria Champions from Brazil, Haiti and the Dominican Republic today for work on "Closing local gaps toward Malaria Elimination." Two projects, one in a remote area of the Amazon in Brazil and another one in the Dominican Republic and Haiti, won recognition for their outstanding work in interrupting malaria transmission and developing local systems to access malaria diagnosis and treatment.

The project in the Municipality of Eirunepé in the Amazonas, Brazil, was recognized for reducing the malaria burden in isolated population groups living in logistically challenging areas. Because of their work, malaria cases have dropped from 8,000 in 2013 to 126 cases for October 2017. The project was cited as an outstanding example of a community and health service system that gave high priority to malaria and overcame the challenges of decentralization by involving various sectors, multiple stakeholders, and strengthening the capacity of local institutions. 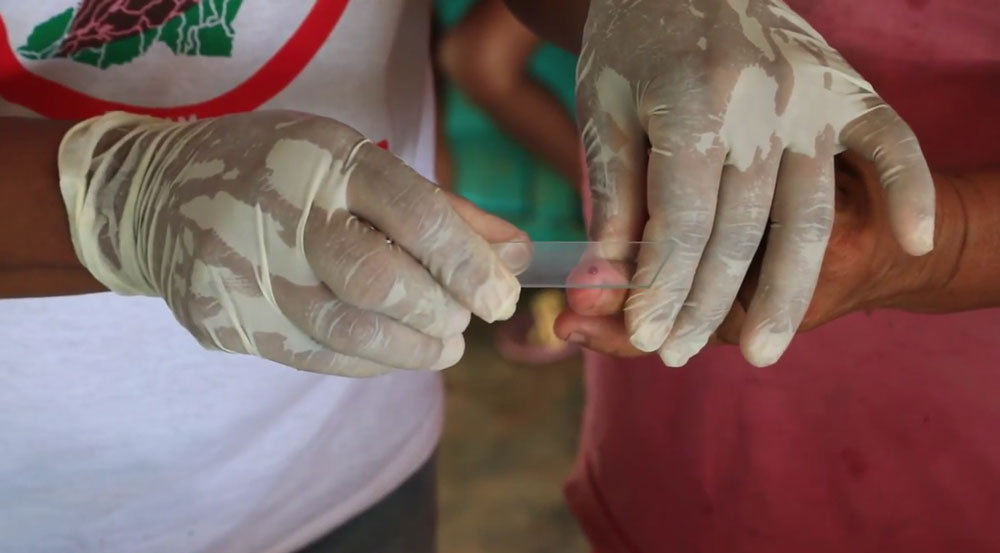 In the Dominican Republic and Haiti, a binational project to eliminate malaria in Hispaniola, spanning border communities of Ouanaminthe and Dajabon, received the Malaria Champion award for its "outstanding achievements" and creative response using innovative technologies that involve the private sector and community and traditional health workers to improve surveillance, diagnosis and treatment of malaria in both countries.Another Brazil project in the remote Jau National Park was cited for training community health workers and interrupting local malaria transmission, in collaboration with the Oswaldo Cruz Foundation.  PAHO/WHO Assistant Director Dr. Francisco Becerra welcomed participants to the Malaria Day observance at PAHO, noting that "The rise of malaria cases suggests much more needs to be done. The resurgence of cases in some countries demonstrates that our achievements remain fragile."Malaria, transmitted by mosquitoes, is still endemic in 21 countries of the Americas, with most of the cases concentrated within the Amazon sub-region. It remains a serious threat in the Americas, with more than 100 million persons at risk of contracting the disease. In the Region of the Americas, malaria cases declined by 62%, and malaria-related deaths decreased by 61% between 2000 and 2015; 19 of the Region's 21 malaria endemic countries have achieved significant reductions in malaria morbidity and mortality and have committed to its elimination.

However, the rise of malaria cases reported in several countries in 2016 and 2017 showed that major challenges remain to diagnose, treat, and investigate malaria cases, especially in remote areas. These require close collaboration between governments, the private sector, local communities, and international cooperation.

Malaria Day in the Americas is observed every November 6 to reinforce the Region of the America's evolving commitment to malaria elimination and prevention of re-establishment. The annual search for Malaria Champions of the Americas aims to recognize innovative efforts with demonstrated success in malaria prevention, control, elimination, or prevention of reintroduction that have significantly contributed to overcoming the challenges of malaria in communities, countries, or the Americas as a whole. It is currently in its 11th year.

- Malaria Champions in the Americas 2017