The World Day of Remembrance for Road Traffic Victims (WDR) is commemorated on the third Sunday of November each year to remember the many millions killed and injured in road crashes, their families and communities, as well as to pay tribute to the dedicated emergency crews, police and medical professionals who daily deal with the traumatic aftermath of road death and injury.

It was started by RoadPeace in 1993. Since then it has been observed and promoted worldwide by several NGOs, including the European Federation of Road Traffic Victims (FEVR) and its associated organizations. On 26 October 2005, the United Nations endorsed it as a global day to be observed every third Sunday in November each year, making it a major advocacy day for road traffic injury prevention. WHO and the United Nations Road Safety Collaboration encourage governments and NGOs around the world to commemorate this day.

A guide to organizers

Faces behind the figures: voices of road traffic crash victims and their families 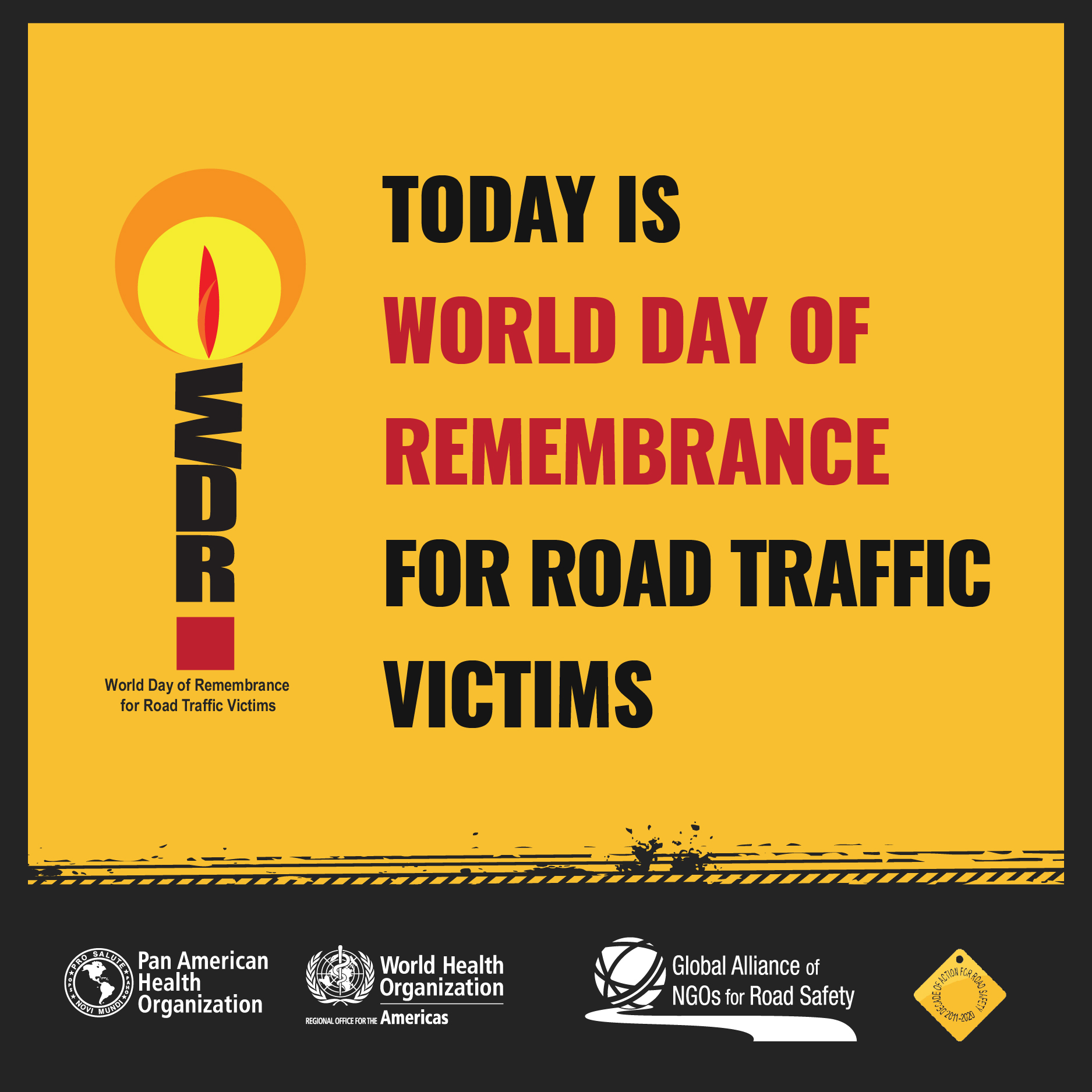 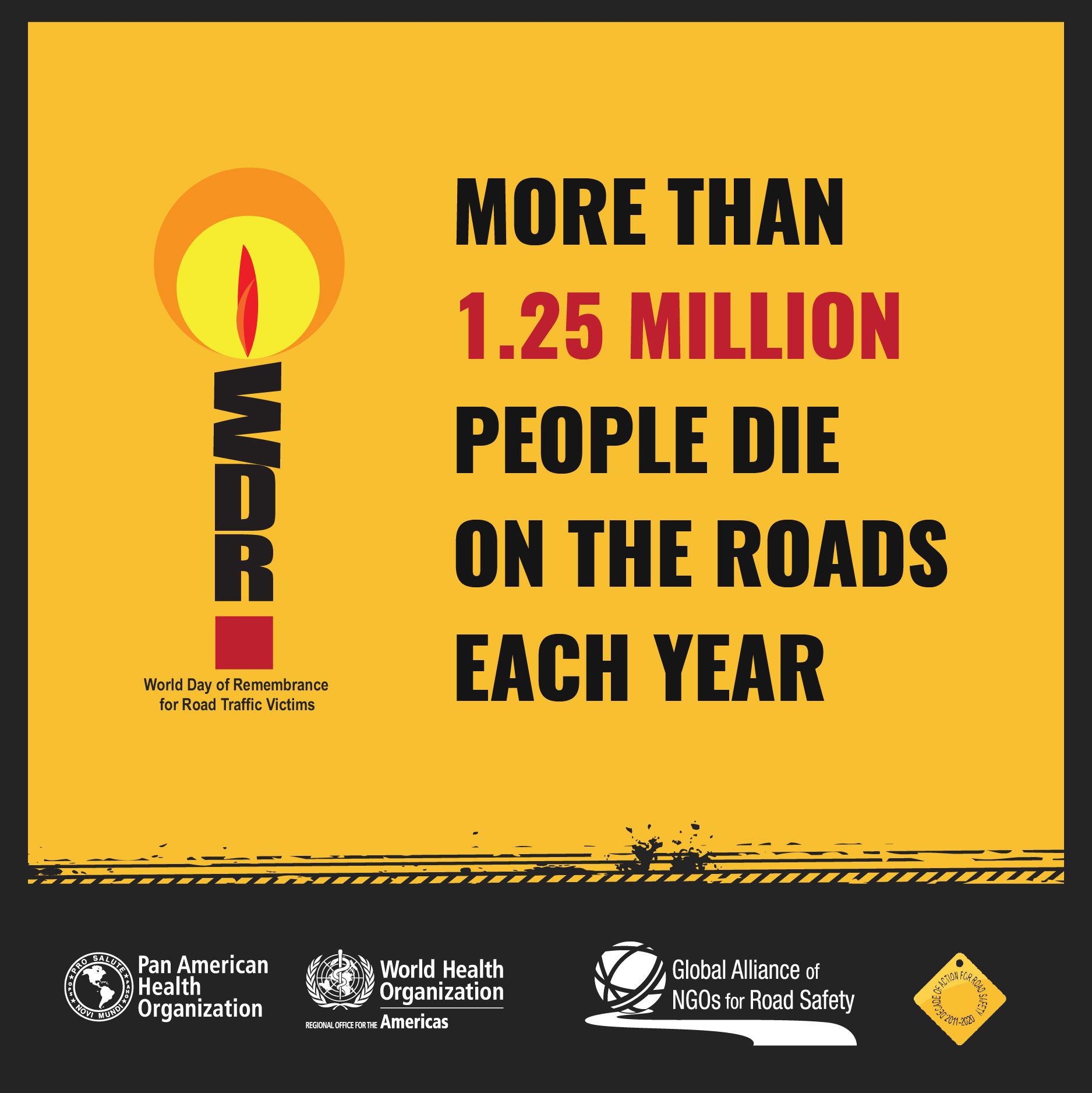 #1 cause of death for young people 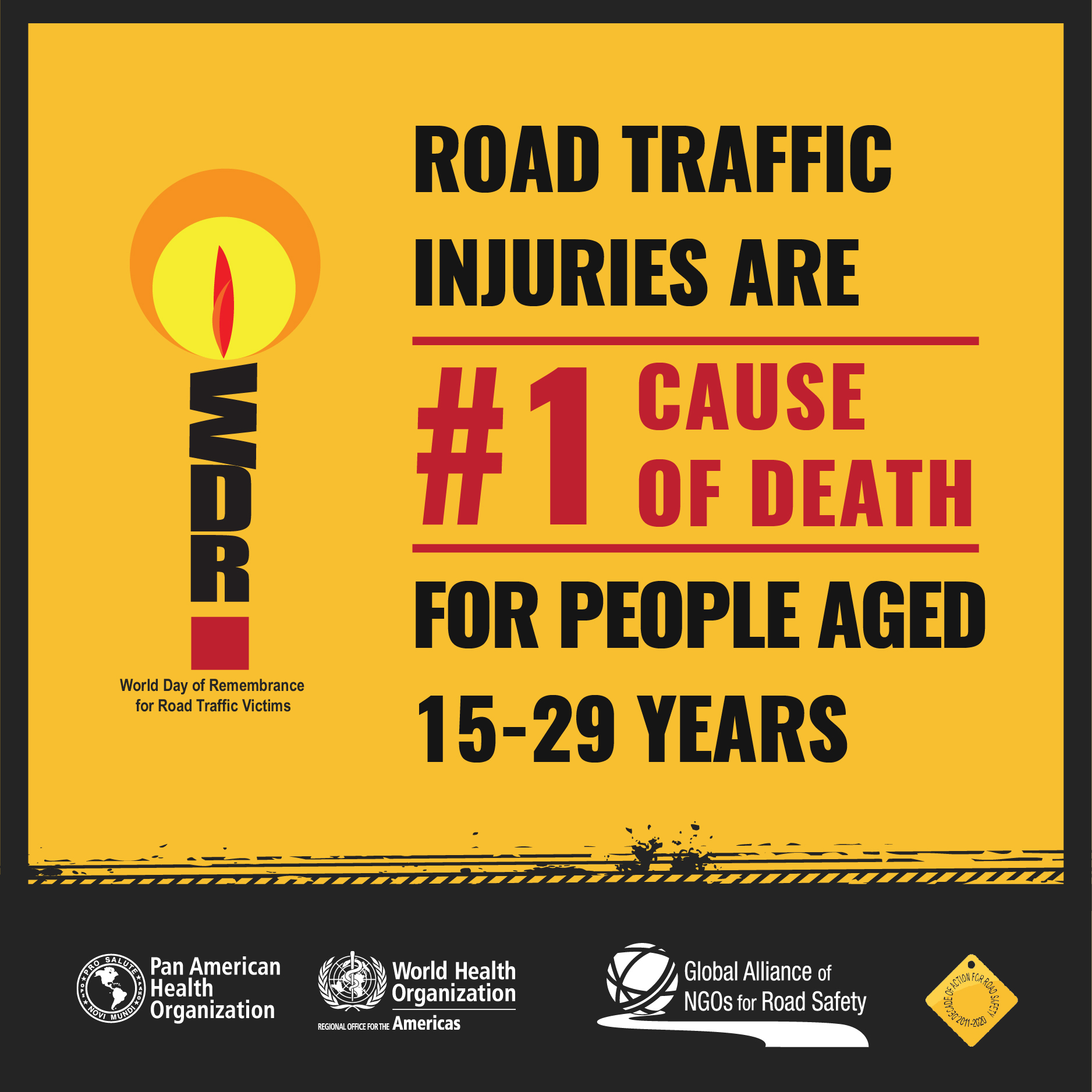 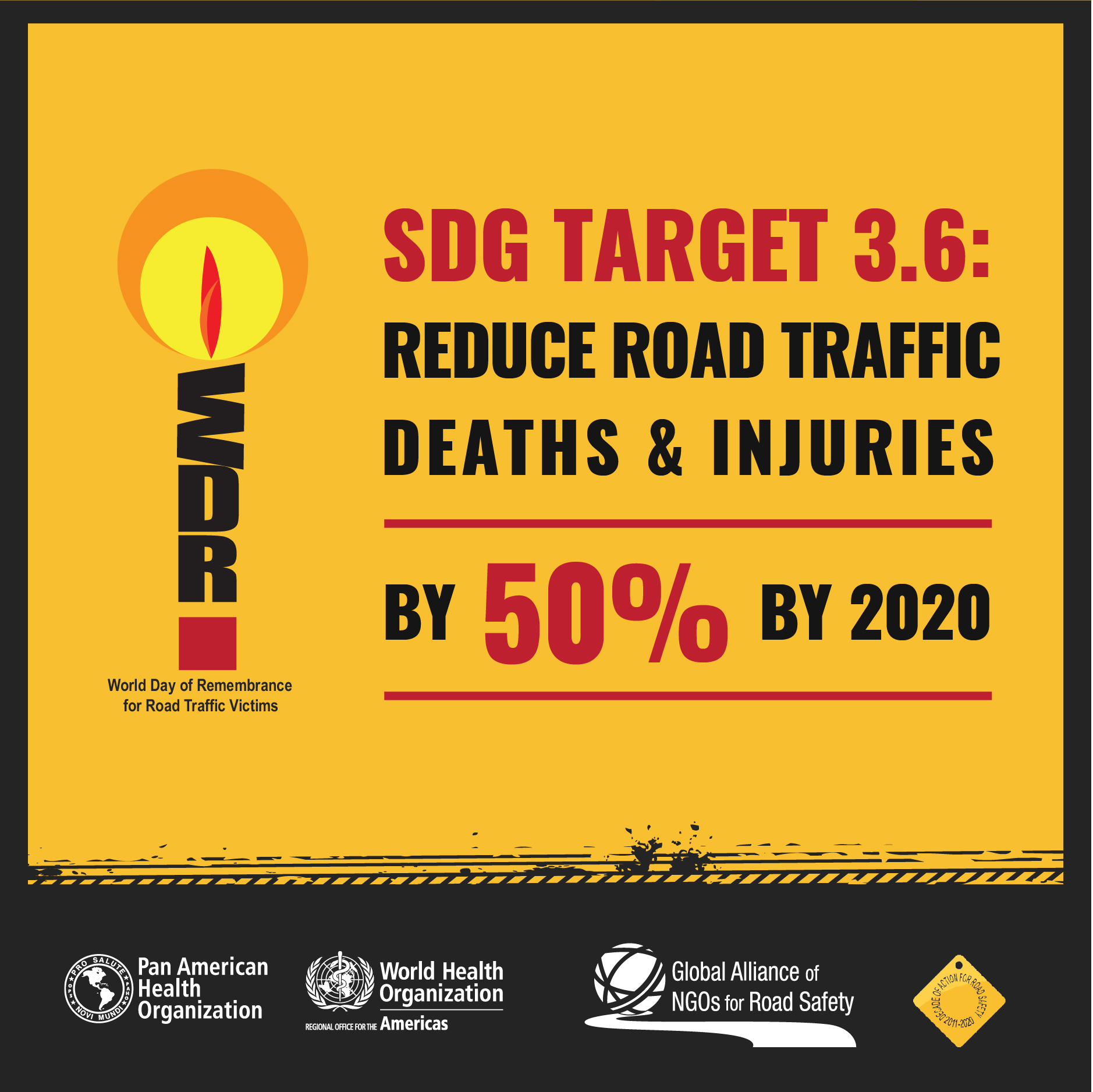 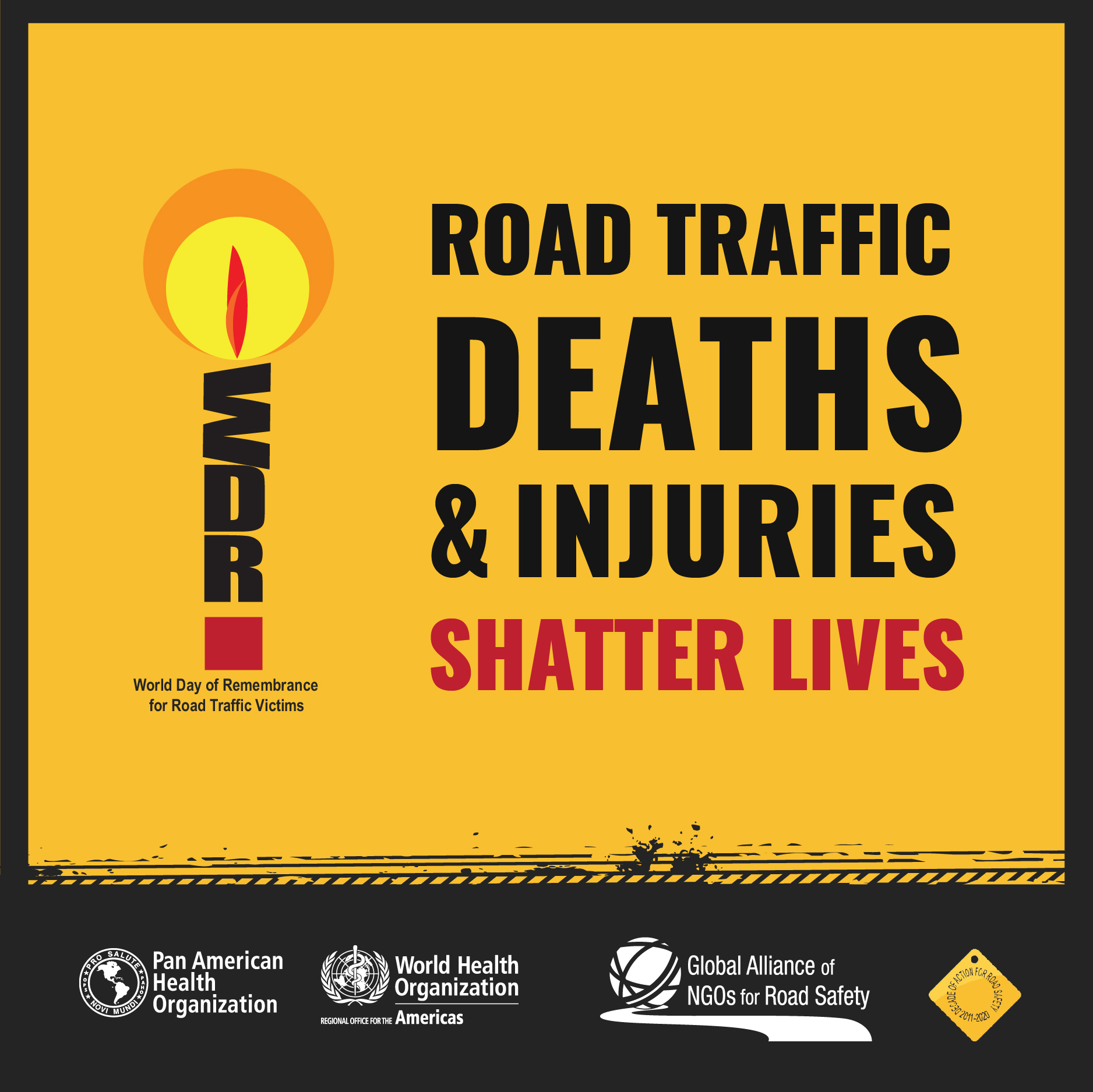 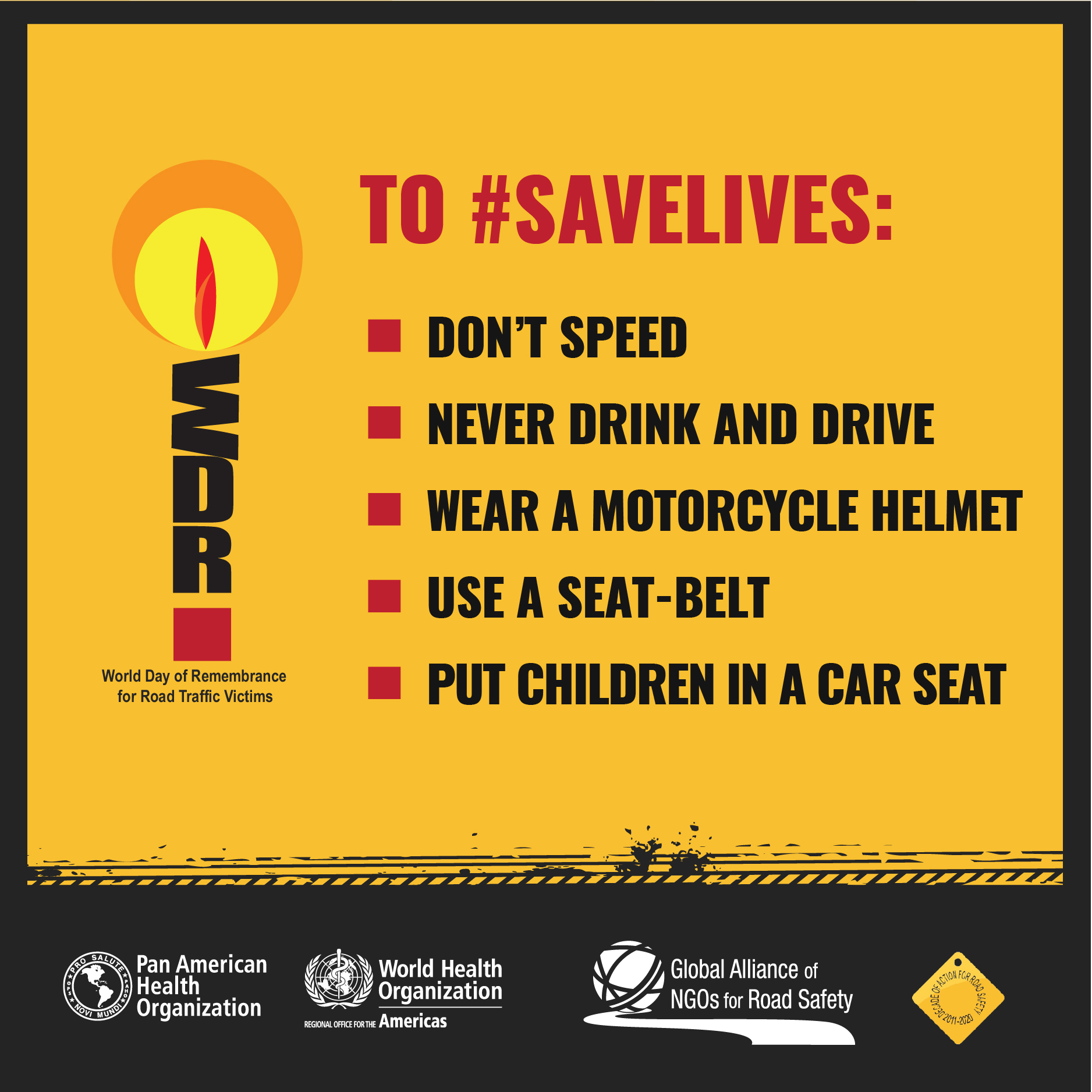 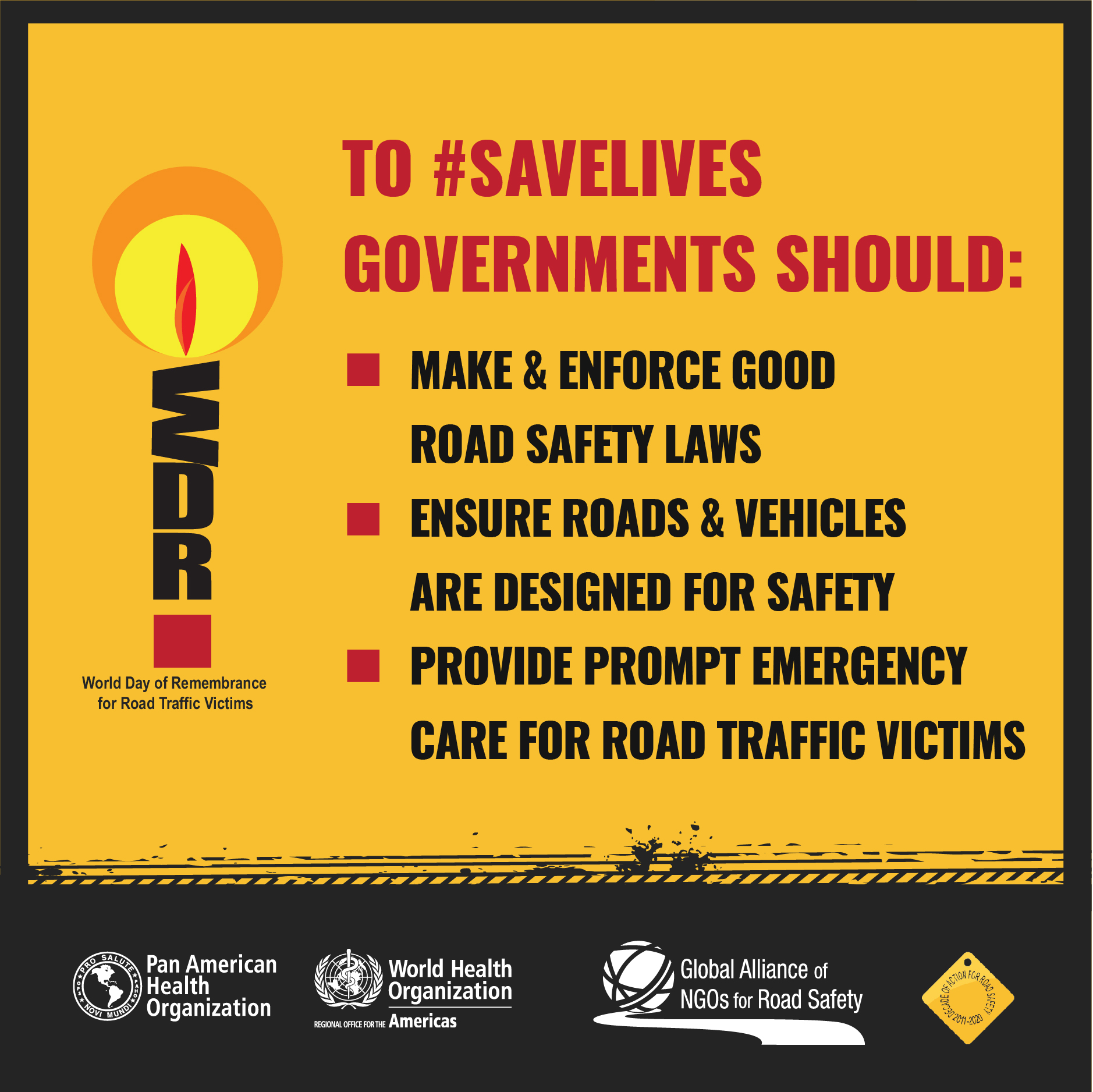