Washington, D.C., December 8, 2017- An approach based on human rights using international legal instruments can help in the effort to reduce maternal mortality in the Americas, according to experts speaking today at a Pan American Health Organization symposium.

"By using the provisions recognized in international human rights instruments, it is possible to include mandatory commitments to enable women to survive pregnancy and childbirth as part of their sexual and reproductive health rights," said Carissa F. Etienne, director of PAHO.

"No woman should die in the process of becoming a mother," Etienne said, adding that she has hired additional professionals "in a targeted approach to the ten countries in our Region with the highest maternal mortality, to work solely in addressing the factors contributing to maternal mortality."

One in five maternal deaths in the Americas is the result of obstetric hemorrhage during or immediately after childbirth, and PAHO has embarked on a  "Zero maternal deaths from hemorrhage" initiative, with actions to improve both access to health services for pregnant women and the quality of care for women with hemorrhagic complications from pregnancy. 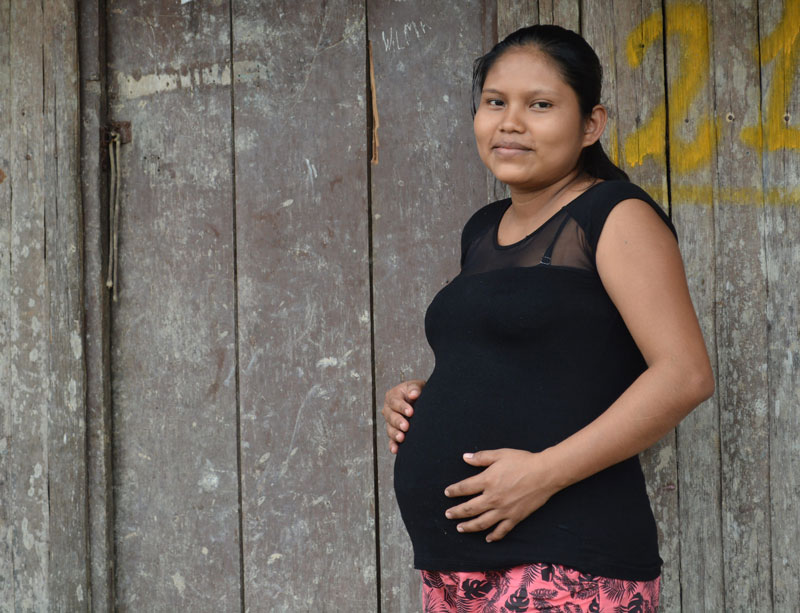 The PAHO Director opened the symposium on "Reducing maternal mortality: a human rights-based approach," which featured presentations by Jennifer May Loten, ambassador of Canada to the Organization of American States; Alicia Yamin, lecturer on law and global health at Harvard; Soledad Garcia Munoz of the Inter American Commission on Human Rights; Tracy Robinson, lecturer in the Faculty of Law at the University of the West Indies; Lucrecia Hernandez Mack, former minister of health of Guatemala, and Heidi Jimenez, legal counsel of PAHO.

Canadian Ambassador Loten noted the importance of reaching religious leaders, supporting local women's organizations at the grassroots level, and engaging men and boys in the efforts to reduce mortality. She said Canada is supporting efforts to cut maternal deaths through its Integrated Health Systems in Latin America and the Caribbean Initiative in 11 countries.

Although maternal mortality declined 43% in Latin America and 30% in the Caribbean from 1990 to 2010, progress was insufficient to achieve the 75% maternal mortality reduction target set by the United Nations' Millennium Development Goals (MDGs) for 2015, Etienne noted. "This is a reflection of inequity within and between countries, and also a denial of the human rights of those women who died in something so natural," she said.