Some 200 political leaders, representatives of civil society and experts from 30 countries of the Americas are participating in the high-level regional meeting in Quito on universal health. It was organized by PAHO in collaboration with the Government of Ecuador.

Etienne said "The generation of alliances is key to achieve universal health without leaving anyone behind", and called to "empower people and communities" to be part of the change necessary to achieve health for all. 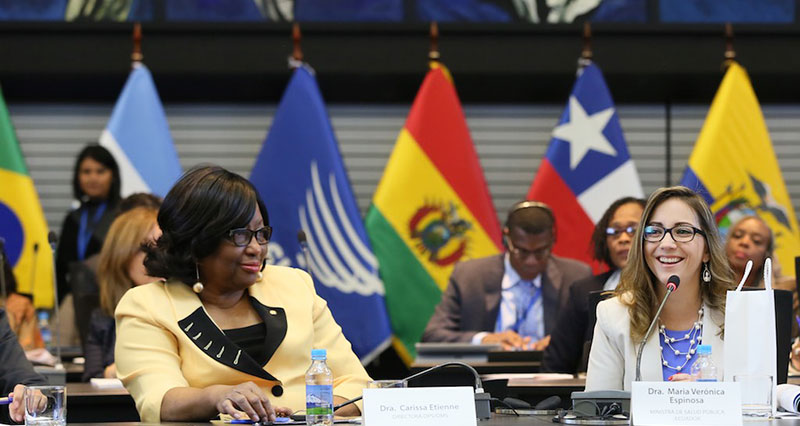 The meeting aims to debate the future of health systems, and forge strategic alliances to transform health systems to achieve the goal of Universal Health Coverage by 2030, which countries committed to as part of the new Agenda for Sustainable Development of the United Nations, and as part of various strategies of PAHO and the World Health Assembly.

Universal health means that all people, especially those in a situation of special vulnerability, no matter where they live, have access to effective and quality health care, and are protected from financial difficulties when they need health care.

In Latin America and the Caribbean, 30% of the population does not have access to health care for economic reasons and 21% do not seek care due to geographical barriers. "Increasing the number of people with coverage and access to health will generate positive results in the health of the population, but also economic progress and prosperity," said Etienne, highlighting the need to "look for innovative solutions to respond in the context of the 21st century."

The Minister of Health of Ecuador, Verónica Espinosa, said that "the Constitution of Ecuador guarantees health as a right" and stressed that the health system of the country has a family and community approach that positions the user at the center of attention. 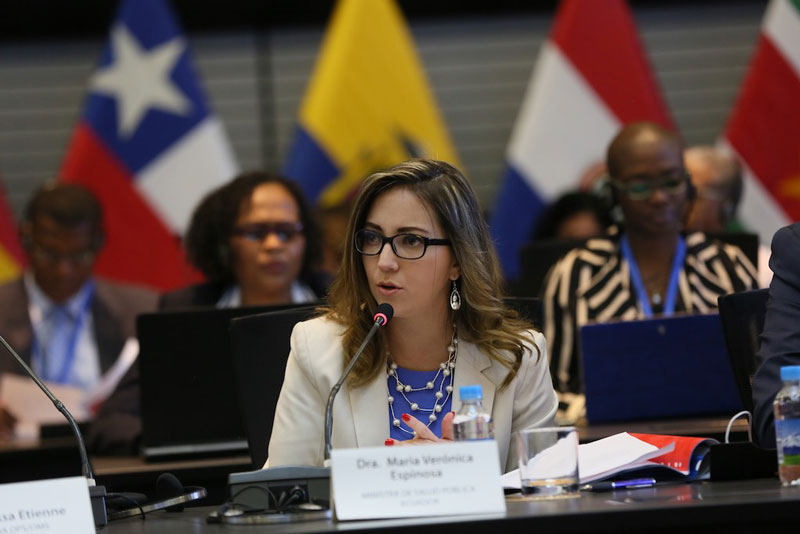 Espinosa shared the experience of the Barrio del Médico strategy, an initiative for door-to-door recruitment of the most vulnerable groups to improve their health and prevent disease. The Barrio del Médico team includes a primary health care technician, which allows linking the health system with the community.

"Medicine does not belong only to doctors," said Espinosa, asking delegates to "continue to strengthen strategic alliances and share experiences and lessons learned that support the decision-making of the states." The Barrio Medico Strategy, she said, was inspired by experiences from Brazil, Venezuela and Cuba.

Mariano Nascone, Director of Social Affairs of the Union of South American Nations (Unasur), venue of the meeting, said that active social inclusion policies of the States can contribute to achieving universal health in the most unequal region of the world. "We have learned that in times of economic recession, health cannot be the variable to tighten, doing this constricts the quality of life of people and the development of countries," he said. 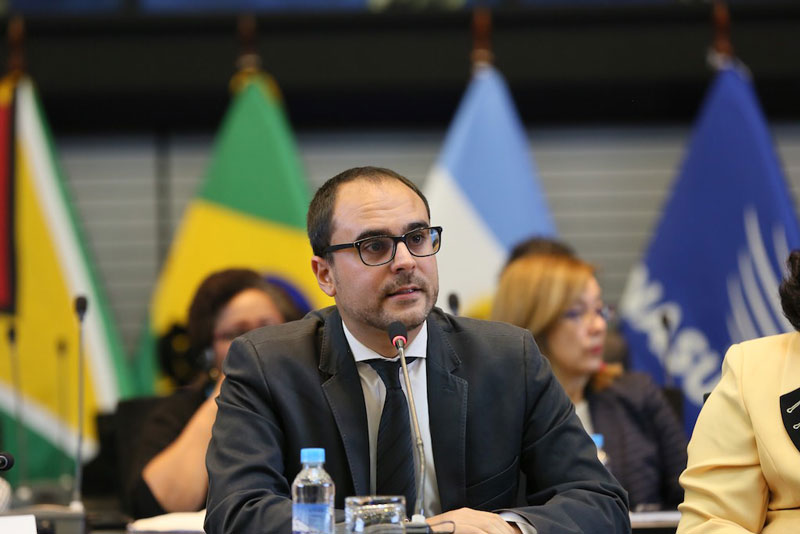 The meeting, Universal health in the 21st century: 40 years of Alma-Ata takes place on the eve of World Universal Coverage Day (December 12) and 40 years after the first international conference on primary health care held in 1978 in Alma-Ata, Kazakhstan. That meeting, and the Declaration of Alma-Ata, promoted the values of the right to health, equity and solidarity, and changed the way health services were organized, expanding the medical model to include social and economic factors, and recognizing that actions of numerous sectors, such as NGOs, could improve the health of the population.

Forty years after the Declaration of Alma-Ata, the countries of the Americas have advanced toward universal coverage and access to health, and toward improving the quality of health services, access to essential medicines and the availability of technology to save lives. However, each country has its specific needs and many challenges remain.

The Director of PAHO, who is also the Regional Director for the Americas of the World Health Organization (WHO), clarified that expanding coverage and access to health cannot be seen only in financial terms. "We have to ensure that resources are used efficiently and fairly," she said.

The meeting is expected to launch an advocacy movement tomorrow to analyze the challenges and gaps in advancing universal health in the Americas in 2018, and to prepare recommendations that can contribute to achieving access and health coverage for all in 2030.