Special issue of PAHO's scientific journal explores the past, present and future of vaccination in the Americas

Washington, DC, January 12, 2018 (PAHO/WHO) - The countries of the Americas have been world leaders in controlling diseases through vaccination over the past century. But does this past experience guarantee similar success with immunization going forward?

This and other questions about the past, present and future of immunization in the Americas are addressed in a special issue of the Pan American Journal of Public Health just published by the Pan American Health Organization (PAHO).

The region of the Americas was the first in the world to eliminate polio, rubella, congenital rubella syndrome and measles-all disease that can be prevented with vaccination, the most cost-effective tool in public health. Since Briton Edward Jenner first discovered vaccination in 1796, vaccines have saved tens of millions of lives. 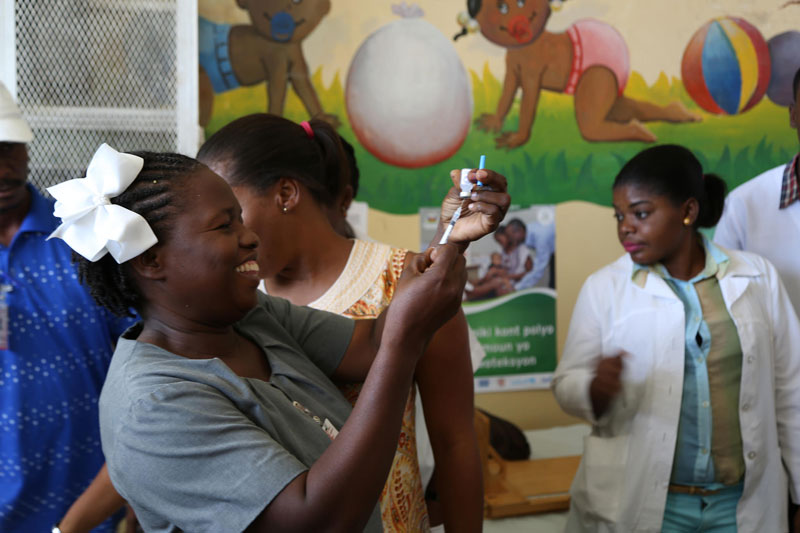 The special issue begins with an article about Brazilian epidemiologist Ciro de Quadros, who was a central figure in the elimination of polio from Latin America and the Caribbean. In the late 1970s, De Quadros founded PAHO/WHO's Expanded Program on Immunization (PAI), which since then has provided leadership and support for the countries of the Americas in expanding access to vaccines so they reach the entire population, especially the most vulnerable.

The PAI supported the creation and expansion of routine vaccination in primary health care services, while also promoting policies and guidelines to strengthen immunization programs and help individual countries develop plans to vaccinate and protect their populations.

Achieving high rates of vaccination coverage has been central to the region's success in eliminating vaccine-preventable diseases. These high coverage rates are in turn largely due to governments' declaring vaccines to be a public good and providing them free of charge to the entire population.

Vaccination Week in the Americas, coordinated by PAHO, has also contributed to the region's immunization success. An article on the initiative traces its evolution since 2003 from just a few countries to include virtually all countries and territories of the Americas. The initiative has served as an inspiration to other regions, which have established their own vaccination weeks, and eventually helped inspire the creation of World Immunization Week in 2012 by the World Health Assembly.

The special issue's 13 scientific articles also explore such issues as the introduction of new vaccines such as the HPV vaccine; efforts to ensure vaccine safety; the use of information to improve decision-making related to vaccination; and the long road ahead for immunization in the Americas.

To read the full text of the special issue, visit this link.