Brasilia, January 25, 2018 (PAHO) - Brazil today launched a mass immunization campaign that will deliver fractional doses of yellow fever vaccine to residents of 69 municipalities in the states of Rio de Janeiro and São Paulo. The strategic plan for the campaign was developed with support from the Pan American Health Organization (PAHO) and the World Health Organization (WHO). It will be the world's largest vaccination campaign, to date, using fractional doses of yellow fever vaccine. 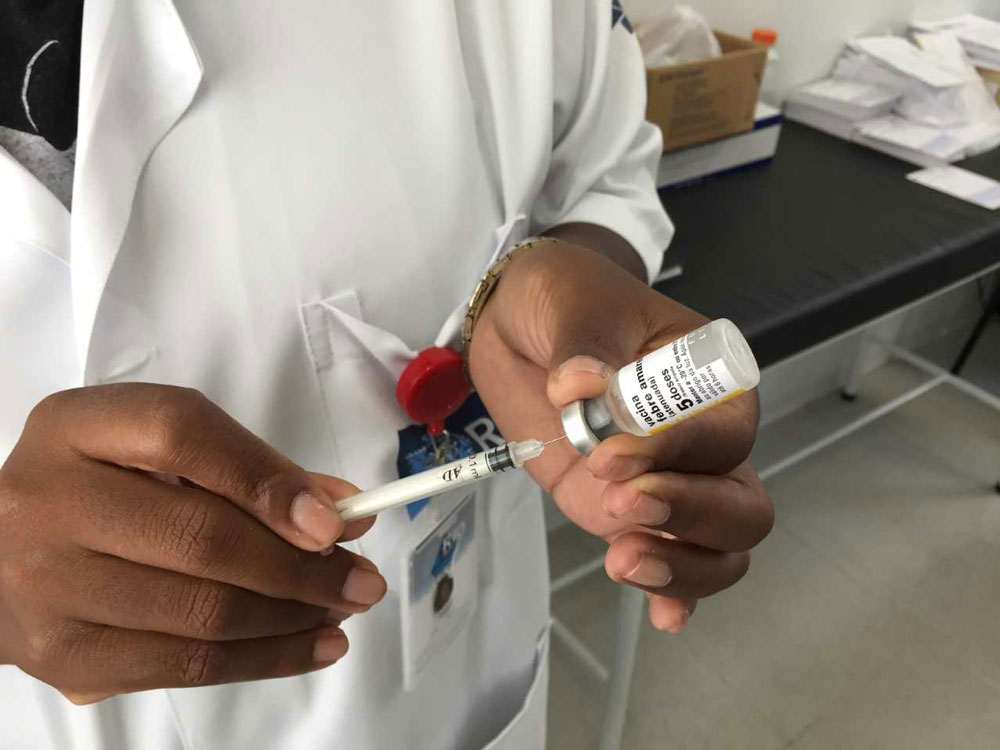 In this campaign, children aged, 9 months to 2 years, and people with medical conditions, among other groups, will receive the standard dose of the vaccine.

PAHO and WHO have provided wide-ranging support to the Brazilian government and to states in responding to yellow fever outbreaks since last year. This has included supplying yellow fever vaccine, purchasing syringes through the PAHO Revolving Fund, disseminating recommendations based on the best available scientific evidence, acquiring special vaccination cards for fractional doses (as was used in the Democratic Republic of the Congo), and working in the field alongside the national and local authorities.

In December 2017, at the request of Brazil's Ministry of Health, experts from PAHO, the Global Outbreak Alert and Response Network (GOARN) and WHO organized a workshop for yellow fever control specialists in Brasilia  on vaccination strategies-including dose fractioning-to be used in the event of outbreaks in large cities.

This year, PAHO teams have traveled to Minas Gerais to assist with the identification of yellow fever epizootics (outbreaks in monkeys). This work will support the efforts of the national and state health authorities to better understand the circulation of yellow fever virus and as a consequence to plan focused vaccination strategies.

Experts from WHO and PAHO will also be in Rio de Janeiro and São Paulo to support and monitor the vaccination campaign and the associated surveillance activities.

During the same period one year earlier, 381 confirmed cases and 127 deaths were reported. Yellow fever follows a seasonal pattern in Brazil, occurring mainly during the summer months.

Since 2017, Brazil's Ministry of Health has provided some 57.4 million doses of yellow fever vaccine to the states.

Except for those with contraindications, health authorities advise that all persons living in these locations should receive the standard dose of yellow fever vaccine for life-long protection.