Washington, D.C., 5 February 2018 (PAHO/WHO) - President Michelle Bachelet of Chile will chair a high-level commission that was convened by the Pan American Health Organization (PAHO) to propose solutions for expanding health coverage and access in the Americas, with the goal of leaving no one behind by 2030.

Bachelet was invited by PAHO Director Carissa F. Etienne to head the recently launched Regional Forum on Universal Health in the 21st Century: 40 Years of Alma-Ata.

"Your leadership and commitment are key if we want to empower people and communities in the search for equity and the realization of the right to health," Etienne told Bachelet at the new commission's opening session, in which Bachelet participated virtually.

Four decades after the 1978 Declaration of Alma-Ata, which called for ‘health for all by the year 2000," some 30% of people in the Americas still lack access to health care for economic reasons, and 21% lack access due to geographical barriers. Yet achieving universal health-which is "the 21st century expression of Alma Ata," according to Etienne-is "possible and necessary" but requires special efforts that focus on populations in vulnerable conditions, she said. 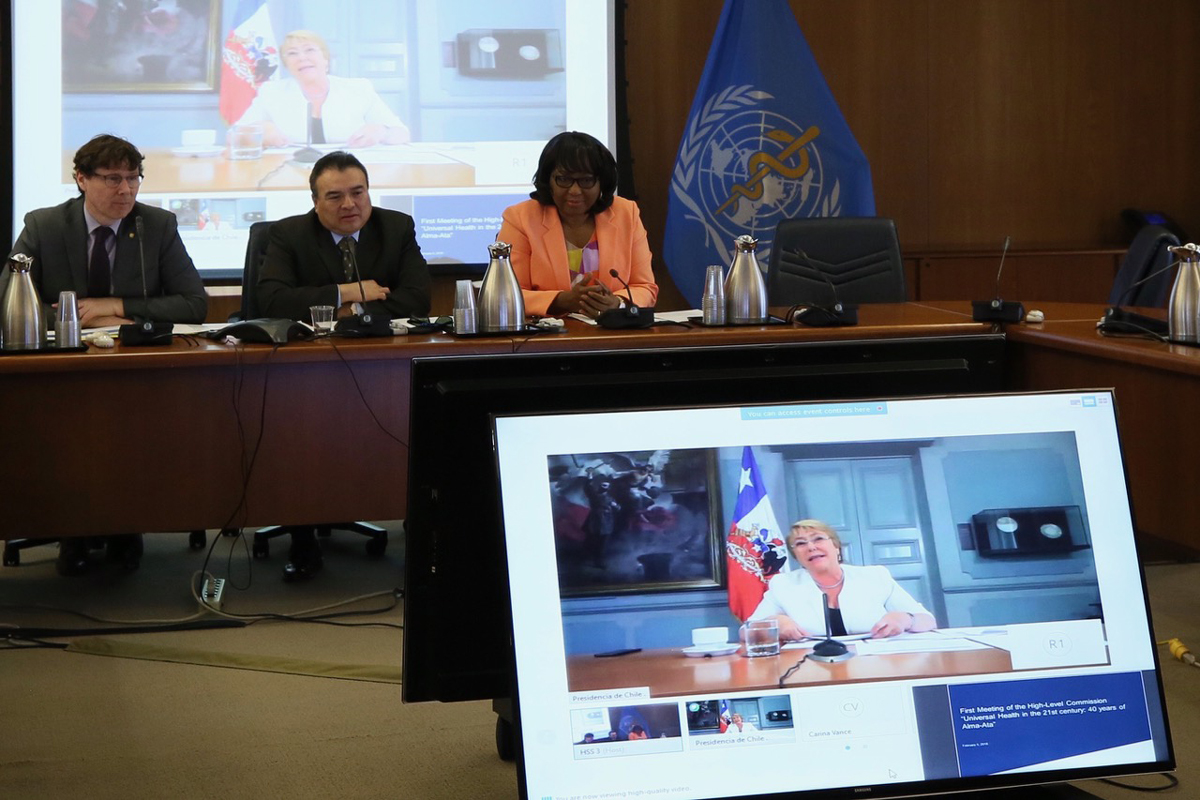 In recent years, the countries of the Americas have made progress in transforming their health systems to make them inclusive and accessible to the people who need them. The work of the new commission will include efforts to accelerate these transformations and ensure that people are able to participate in the design, implementation and supervision of health policies and plans that are part of the process. The goal of achieving universal health 2030 corresponds to the end date of the new global Sustainable Development Agenda, to which countries in the Americas and throughout the world have committed themselves.

Bachelet said that responding to such major health challenges as accelerated population aging and noncommunicable diseases was urgent, and she called on countries to "act more decisively and promote policies that address health inequalities and inequities, and to include the most vulnerable groups, because not addressing this would mean giving up, as a region, the possibility of achieving sustainable development."

The commission is expected to produce a report with recommendations on improving health systems performance, including those who are still excluded, and empowering communities and improving social participation in decisions that impact on their health, in order to advance universal health in the Americas.

In addition to Bachelet, the commission is composed of representatives of international organizations, government, civil society and academia from more than 10 countries of the Americas. Néstor Méndez, assistant secretary general of the Organization of American States (OAS), will be the commission's co-president. Other members include Denzil Douglas, former prime minister of Saint Kitts and Nevis; Carina Vance, executive director of the South American Institute of Government in Health (ISAGS-UNASUR); Lais Abramo, director of the Social Development Division of the U.N. Economic Commission for Latin America and the Caribbean (ECLAC); Margarita Posada, national coordinator of the Social Health Forum of El Salvador; Hernando Viveros Cabezas, president of the Afro-Colombian Global Initiative; Vivian Camacho, defender of the rights of the indigenous populations of Bolivia; Toni Reis, president of the Dignidade Group, which defends the rights of LGBTI people in Brazil; and Mirna Kay Cunningham Kain, president of the Board of Directors of the Fund for the Development of the Indigenous Peoples of Latin America and the Caribbean (FILAC).

For more information about the Regional Forum on Universal Health in the 21st Century: 40 years of Alma-Ata, which was inaugurated in Quito, Ecuador, on December 11 and 12, 2017, visit this link.