Haiti launches campaign to vaccinate over 2 million children against diphtheria, with PAHO support

Port-au-Prince, 10 April 2018 (PAHO/WHO) - In the coming weeks, more than 2.3 million Haitian children between the ages of 1 and 14 are expected to be vaccinated against diphtheria, a bacterial infection that causes throat inflammation and difficulty breathing and that in severe cases can lead to death.

The diphtheria vaccination campaign was launched in mid March by Haiti's Ministry of Public Health and Population (MSPP) with support from the Pan American Health Organization/World Health Organization (PAHO/WHO), UNICEF and other partners.In this first phase, campaign activities are focused on 27 communes in eight departments (Artibonite, Center, Nippes, Nord, Nord-Est, Nord-Ouest, Sud and Sud-Est). According to a preliminary report, around 1 million children ages 1 to 14 were vaccinated. 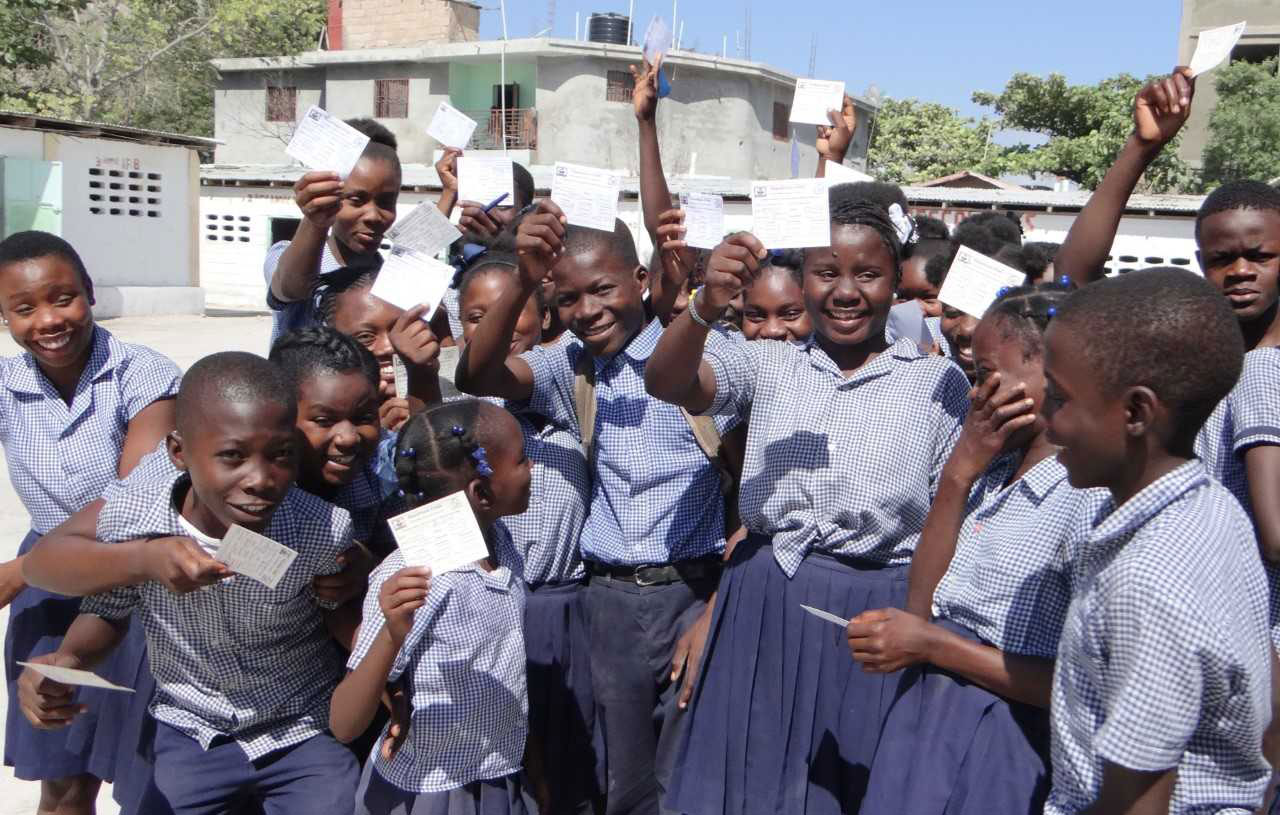 On April 8, a similar campaign is slated to begin in Haiti's Ouest department, the most populated in the country, and will seek to reach more than 1.2 million children ages 1 to 14.

"The ministry has decided to conduct a campaign in 40 communes where diphtheria has been confirmed or is suspected," said Laurent Adriane, MSPP Director General. "Making vaccines available is the goal of the Ministry of Health and its main partners, such as PAHO/WHO and UNICEF."

"This vaccination campaign seeks to reach all those children who have not received the essential vaccines to be protected against diphtheria," said PAHO/WHO Representative in Haiti Luis Codina. "This is also the largest preventive vaccination campaign in the country since 2016, when similar efforts were made towards the elimination of measles and rubella."

PAHO/WHO is collaborating with Haiti in the response to the diphtheria outbreak with technical and financial support of the operational costs of the vaccination campaign.Vaccines against diphtheria and immunization supplies are being acquired through the PAHO Revolving Fund, a pooled procurement mechanism that allows countries in the region to purchase vaccines at affordable prices. Support is also being provided for purchases of diphtheria antitoxin to treat cases, and antibiotics for cases and contacts.

To carry out this campaign, more than 6,300 vaccinators have been mobilized, organized in 3,181 vaccination teams. They were trained by departmental and national supervisors, with the support of PAHO/WHO experts. Local supervision and independent monitoring of vaccination coverage will take place during and after the campaign) to ensure the technical quality of the campaign.

Diphtheria is preventable by vaccination. A basic round of three doses, administered in the course of the first year of life, provides lifelong immunity.

Diphtheria is an infection caused by the bacteria Corynebacterium diphtheriae. Symptoms often appear gradually, starting with sore throat and fever. In severe cases, the bacteria generates a toxin that results in a thick gray or white plaque in the throat, blocking airways and hindering breathing or swallowing, and may cause a dry cough.

The disease is easily transmitted from one person to another, through direct contact or by air through respiratory droplets spread through coughing or sneezing.It is treated with diphtheria antitoxin by intravenous or intramuscular administration, followed by antibiotics to eliminate the bacteria and prevent the spread to other people.