Geneva, 20 May 2018 (PAHO/WHO) - Wearing athletic clothes and eager to participate in walks, races, and other physical activities, hundreds of people congregated yesterday in the Palais des Nations in Geneva, Switzerland, under the slogan "Walk the Talk: the Health for All Challenge", an event organized by the World Health Organization (WHO) to celebrate its 70 years of existence.

On the day before the 71st World Health Assembly began, Geneva residents were joined by members of various United Nations agencies and other partners, along with national ministers of health and their delegations. 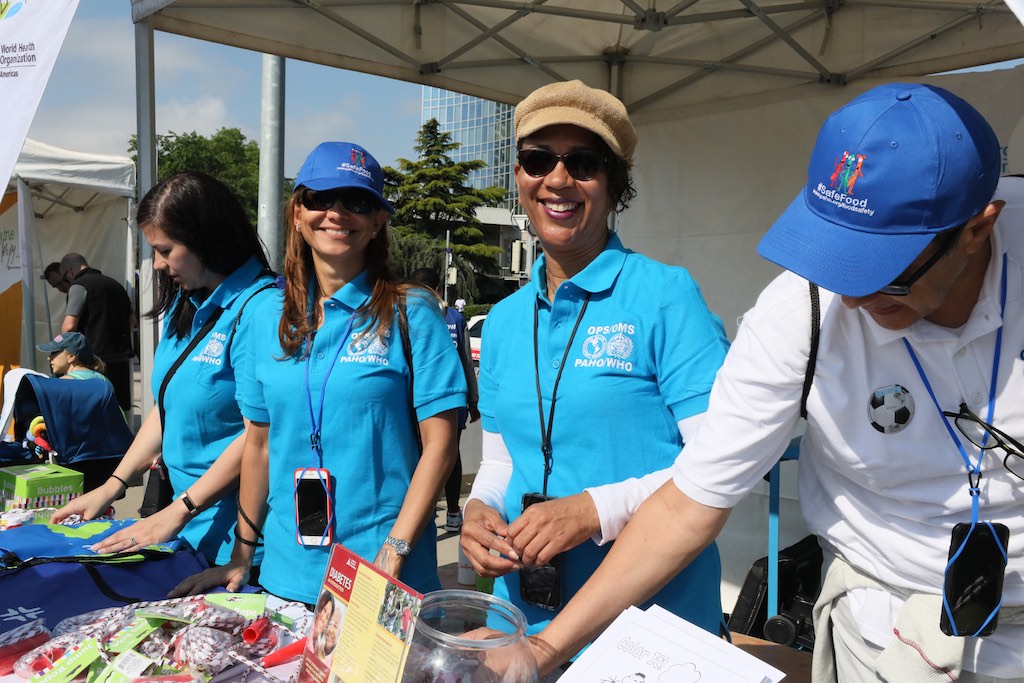 The Director-General of WHO, Tedros Adhanom Ghebreyesus, led the walk/race accompanied by several public figures, including long-distance runner Haile Gebrselassie, winner of multiple Olympic medals in this discipline. The former president of Chile, Michelle Bachelet, was on the platform to cheer racers on and herself joined in the walk for health.

Graça Machel, Chair of WHO's Partnership for Maternal, Newborn and Child Health and human rights activist, also participated in the activity, to celebrate leadership in community movements and community actions aimed at improving people's health.

Delegations from the countries of the Americas and the Pan American Health Organization (PAHO) actively participated throughout the event. PAHO had an interactive stand in the main plaza, where hundreds of people could test their jump-rope skills and do pre-race warmups. 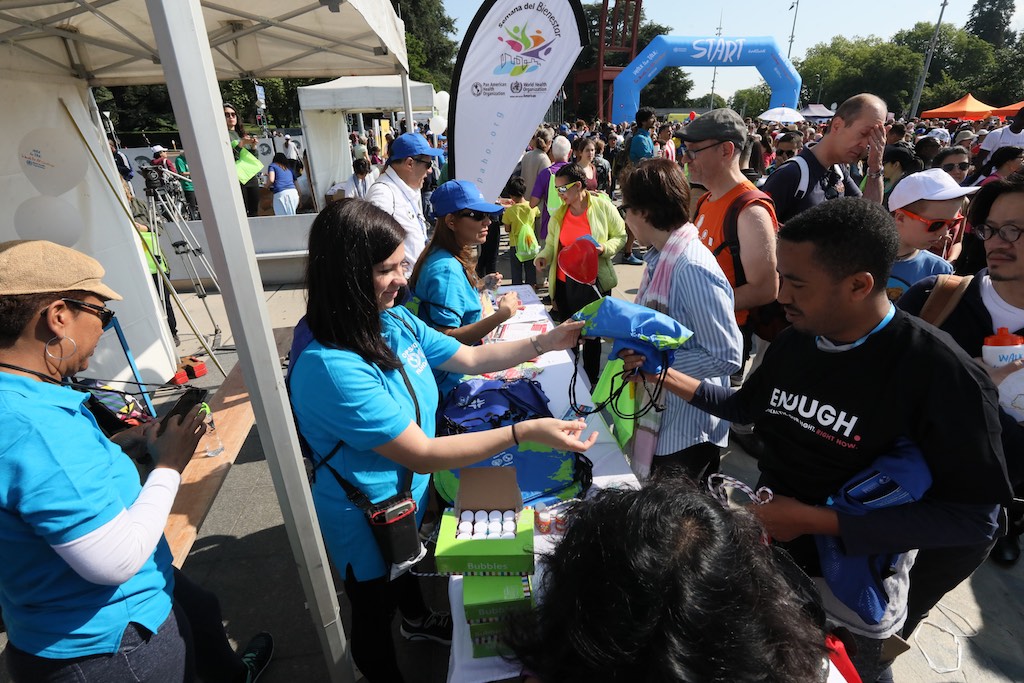 Link to the album of photographs from the walk