Geneva, 21 May 2018 (PAHO/WHO) - The Dominican Republic will represent the Region of the Americas as vice president of the 71st World Health Assembly, which takes place from 21 to 26 May in Geneva, Switzerland.

The Dominican Minister of Health, Rafael Sánchez Cárdenas, will be one of the five vice presidents of the plenary, a position that corresponds to each of the five world regions of the World Health Organization (WHO). 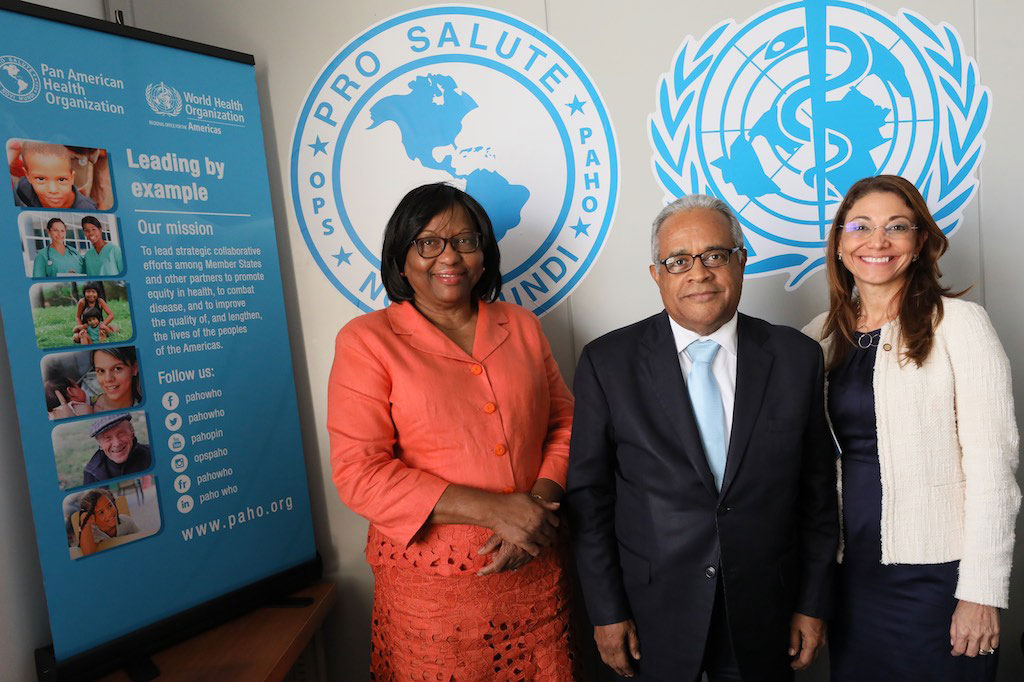 "It is an honor for the Dominican Republic to be able to participate in this Assembly," the Minister said, adding that his country continues to find in WHO and the Pan American Health Organization a partner that the nation can work with to support local health programs while simultaneously addressing health challenges at the global level.

As for the World Health Assembly, he said that Dominicans are increasingly working in the area of health to develop international ties that will help share successful experiences while serving the country locally.

Dr. Sánchez Cárdenas was appointed as Minister of Health of the Dominican Republic on 9 May 2018. He previously served a six-year term as Vice Minister of International Relations in the Ministry of Higher Education, Science and Technology. A physician with a master's degree in health, he devoted 15 years of his life to clinical practice and teaching social and community medicine.

This year, WHO's African Region assumed the presidency of the Assembly. The Minister of Zimbabwe, David Pagwesese Parirenyatwa, was elected president. The other four vice presidents were from the Philippines, Maldives, Kazakhstan, and Djibuti.

The World Health Assembly is the supreme decision-making body of the World Health Organization. The main function of the Assembly, which brings together the 194 WHO member states each year, is to determine the Organization's policies, appoint the Director-General, oversee financial policies, and review and approve the proposed program budget.