Geneva, 21 May 2018 (PAHO/WHO) -Carissa F. Etienne, Director of the Pan American Health Organization (PAHO), presented the main issues for discussion at the World Health Assembly to delegations from the countries of the Americas. She stressed the active role the Region plays and called on Member States to continue their work. 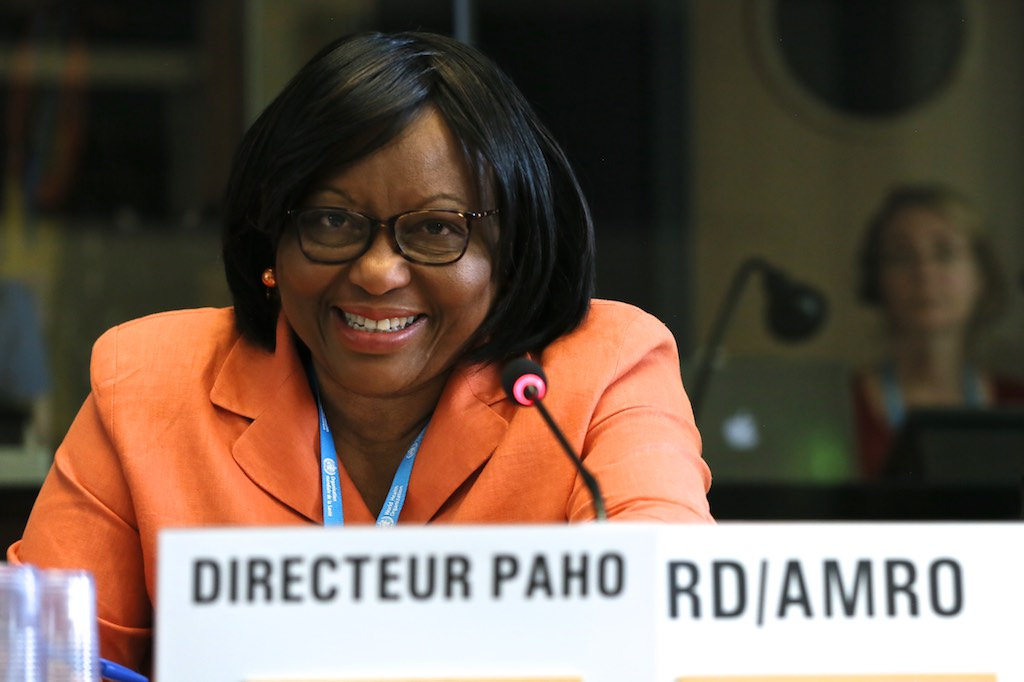 In her meeting with representatives of the countries of the Americas, the PAHO Director said the most relevant issues were the WHO programme of work for the next five years, the debate on universal health coverage, the resolutions to be discussed on health and the environment, and the call to attend the United Nations High-Level Meeting on Noncommunicable Diseases, scheduled for September.

The meeting was headed by the Minister of Health of Paraguay, Carlos Morínigo, who also presides the PAHO Directing Council. He was joined by the Minister of Health of Panama, Miguel Mayo di Bello, president of the PAHO Executive Committee, and by the representative of Canada, which occupies the presidency of the group of countries of the Americas. 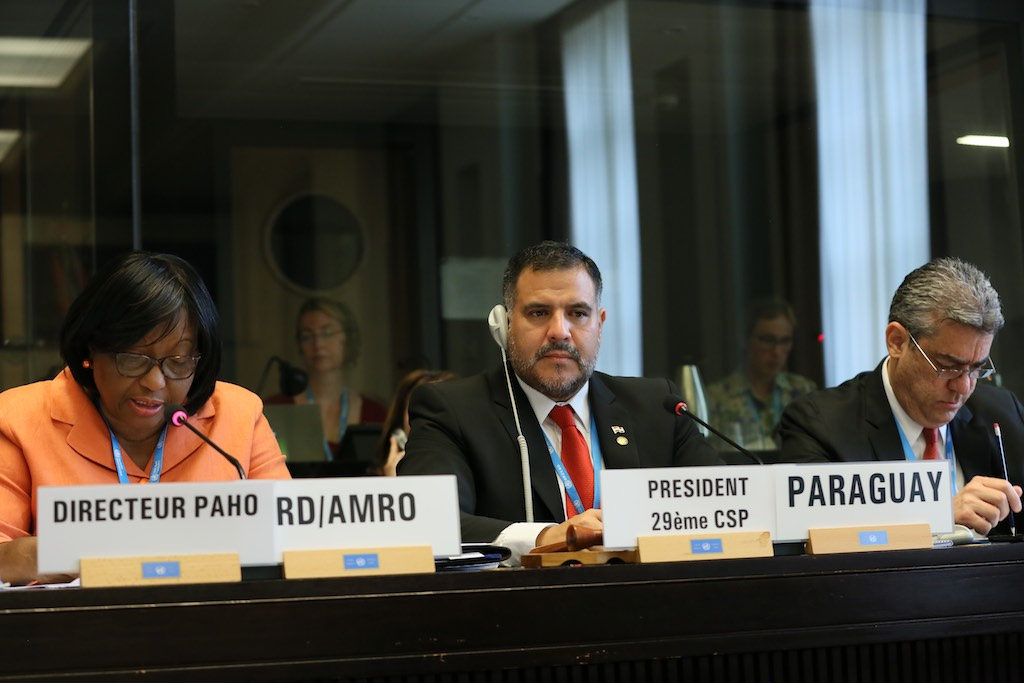 Etienne pointed out that the draft WHO programme of work contains the organization's strategic vision for promoting health, keeping the world safe, and serving the most vulnerable populations, based on the Sustainable Development Goals. This will be accomplished by achieving universal health coverage, addressing health emergencies, and promoting healthy populations. She explained that in August a group of experts called together by WHO will present the framework for measuring the impact of the program proposed by the organization.

Etienne reminded the representatives that PAHO has started to develop the next Strategic Plan for 2020-2015, which will be presented at the end of 2019. This plan will be aligned with the Sustainable Health Agenda 2030, drafted and approved by the countries of the Region last year, and the WHO programme of work, ensuring that the Region's specific needs and priorities are included and addressed.

Regarding the general debate on "health for all" and universal health coverage, the PAHO Director called on the countries of the Americas to speak proudly about the achievements made in the Region in health service access, governance, and financing, as well as strengthening access to primary care and addressing the determinants of health. She recalled the consensus reached by the Region in 2014 on universal access to health and universal health coverage. "The Member States will continue to expand their efforts, moving toward the targets they agreed to in 2014, transforming their health systems to achieve universal health, and making the vision that was set 40 years ago in Alma-Ata a reality, to truly ensure that no one is left behind," she said.

Etienne also mentioned the Region's interest in addressing the topics of health, environment, and climate change, which will be discussed at the meeting. She listed all the actions that PAHO has been involved in to date to support the Member States, and confirmed the organization's intent to step up efforts in that area.

As for noncommunicable diseases, Etienne emphasized the importance of attending the meeting that will be held in conjunction with the United Nations General Assembly in September, to address how multisectoral efforts could be increased to prevent and control these diseases in the context of the Sustainable Development Agenda. She explained that the progress made thus far has been insufficient and the commitments made in 2011 when the first meeting was held have not been met.

Support for countries with measles outbreaks

The Director summarized the activities that PAHO is carrying out to support the countries affected by recent measles outbreaks in Venezuela and neighboring countries such as Brazil and Colombia.

Etienne explained that ever since the Region was certified in 2016 for having eliminated the disease, it has continually been at risk of importing cases from other countries, since outbreaks continue to occur in Europe and Asia. Venezuela reported the first cases in 2017 and since then PAHO has been providing support in various areas, such as health worker training and mobilization of vaccination supplies and staff, as well as direct support in the design of the vaccination plan. She added that the vaccination campaign launched in April continues to be supported, and hopes that even more efforts will be made.

She also described the vaccination support being provided to Brazil and Colombia in the border states that have started to report cases, and in Guyana where cases could also be imported. "We are working with everyone to do whatever is possible to stop the outbreak," she said.