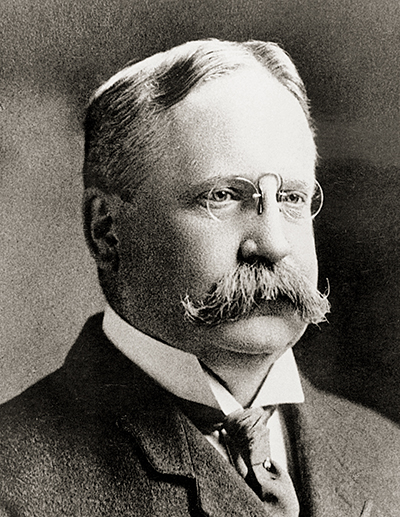 Walter Wyman was born on August 17, 1848, in St. Louis, Missouri, USA. He graduated from the St. Louis Medical College in 1873. Dr. Wyman joined the U.S. Marine Hospital Service in 1876, as assistant surgeon. In 1902, the Marine Hospital Service was renamed the U.S. Public Health and Marine Hospital Service. That same year, Dr. Wyman s title changed from supervising surgeon general to surgeon general. Under his direction, the Marine Hospital Service was assigned responsibility for medical inspection of arriving immigrants. The largest immigration depot was Ellis Island in New York Harbor, where thousands of arrivals were inspected on busy days. The quarantine functions of the service were extended outside the continental United States to include Hawaii, Cuba, Puerto Rico, the Panama Canal, and the Philippine Islands. Surgeon General Wyman had a leading role in the creation of the International Sanitary Bureau (the forerunner of the Pan American Health Organization) in 1902. He was the first of three U.S. surgeons general to serve as chairman of the Bureau. He continued to serve both as surgeon general and as chairman of the Bureau until his death on November 21, 1911. 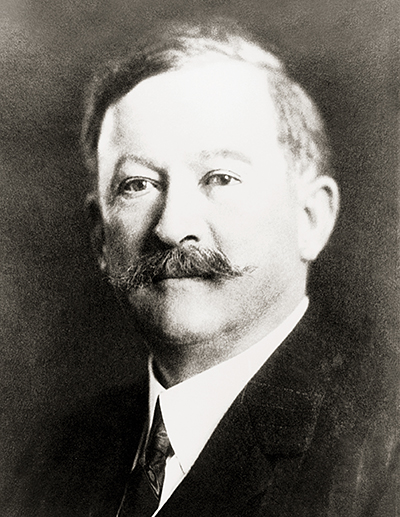 Rupert Blue was born in Richmond County, North Carolina, USA, on May 30, 1868. He attended the University of Virginia and earned his M.D. from the University of Maryland in 1892. He began his early career with the Marine Hospital Service (later renamed the U.S. Public Health Service) in 1893. During more than a decade with the U.S. Public Health Service, he oversaw rat eradication and urban sanitation programs in San Francisco after the bubonic plague epidemics of 1902-04 and 1907-08 and the earthquake of 1906. He directed mosquito eradication in New Orleans (1905), at the Jamestown Exposition (1907), and in Hawaii (1911). Dr. Blue was promoted to the position of surgeon in 1909. He represented the United States on sanitation projects in South America and attended the London School of Tropical Medicine in 1910. He was well prepared when President William Howard Taft nominated him to serve as U.S. surgeon general upon the death of Walter Wyman in 1911. Dr. Blue served as U.S. surgeon general from 1912 through 1920. He simultaneously served as chairman of the International Sanitary Bureau. He died on April 12, 1948. 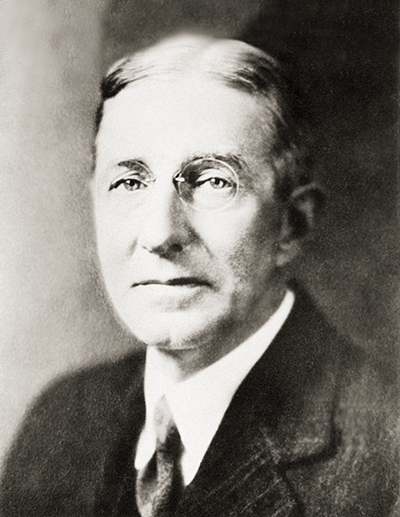 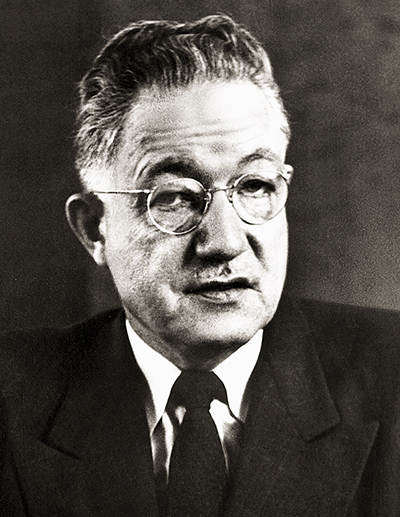 Fred Lowe Soper was born in Hutchinson, Kansas, USA, on December 13, 1893. He received his M.D. from Rush Medical College of the University of Chicago in 1918 and his doctorate from the Johns Hopkins School of Public Health. He joined the International Health Division of the Rockefeller Foundation in 1920. He took part in the hookworm campaigns in Brazil and Paraguay from 1920 through 1927. He then became regional director of the foundation s International Health Division at Rio de Janeiro and was actively involved in the study of and eradication efforts against yellow fever and malaria. In 1947 he became director of the newly reorganized Pan American Sanitary Organization, at a particularly critical time in its history. Dr. Soper and the governing bodies of the Organization negotiated its continued existence as an independent entity and as the Regional Office for the Americas of the newly formed World Health Organization (WHO). Dr. Soper was reelected twice as director. During his tenure the Organization's work was significantly expanded and systematically decentralized. Dr. Soper championed the attack on smallpox and urged the Directing Council in 1949 to call for a hemisphere-wide eradication program. Three international research and training centers (INCAP, PANAFTOSA, and CEPANZO, now INPPAZ) were established during his tenure, which lasted until 1959. He died on February 9, 1977 . 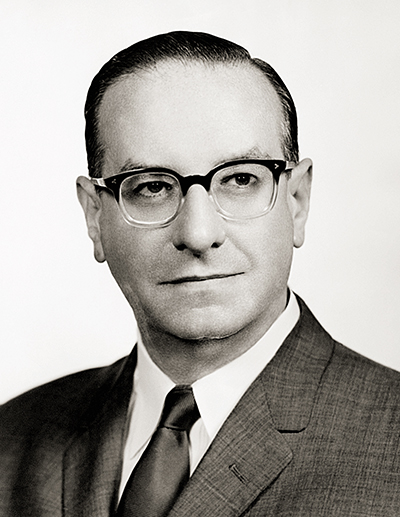 Abraham Horwitz was born in Santiago, Chile, on December 25, 1910. An expert on health and nutrition, he had a career in international public health that spanned six decades. In 1936 he received his M.D. degree from the University of Chile, specializing in communicable diseases and public health. He was a Rockefeller Foundation fellow in infectious diseases at the Herman Kiefer Hospital in Detroit, Michigan, from 1942 to 1943 and received a Master of Public Health degree from the Johns Hopkins University in 1944. He joined the staff of the Pan American Sanitary Organization in 1950 and served in various capacities in Washington, D.C., and in the Organization s field offices. Elected to head the newly named Pan American Health Organization (PAHO) in 1958, Dr. Horwitz became its first Latin American director and longest-serving full-time leader, carrying out four consecutive terms. During his 16 years of service, financial resources for health and social development in Latin America increased dramatically, the Organization expanded its budget, staff, and programs, and its impact on the peoples of the hemisphere broadened. In addition, the current home of the Organization was built in Washington, D.C. Several international research centers were established during Dr. Horwitz s tenure. He served as director until 1975, when he became president of the Pan American Health and Education Foundation (PAHEF). He died in Washington, D.C., on July 10, 2000, at the age of 89. 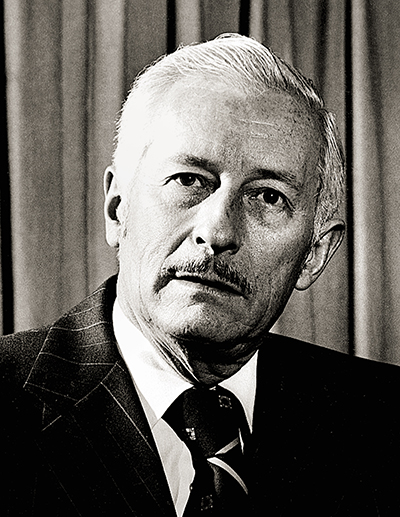 Héctor R. Acuña Monteverde was born in Sonora, Mexico, on September 24, 1921. He received the degree of Surgeon from the School of Medicine of the National Autonomous University of Mexico in 1947 as well as a Master of Public Health degree from Yale University in 1951. He joined PAHO in 1954 and served as the Organization's chief medical adviser in the Dominican Republic, El Salvador, and Guatemala. In 1962 he became representative for WHO and chief medical adviser in Pakistan. In 1964 Dr. Acuña returned to Mexico, where he held a number of posts before becoming director of international affairs of the country's Ministry of Health and Welfare in 1971. He was appointed director of PAHO in 1975. Under his leadership, the Organization s work in the Region emphasized the extension of health services to ever greater numbers of people. Dr. Acuña undertook a major study of PAHO's headquarters and field operations. This study, along with recognition of the significant progress made in health in PAHO s Member Countries, led to a reorganization of PAHO that emphasized the development of information and management systems and gave increased roles and responsibilities to the Organization's field offices. Dr. Acuña served as director of PAHO until 1983. 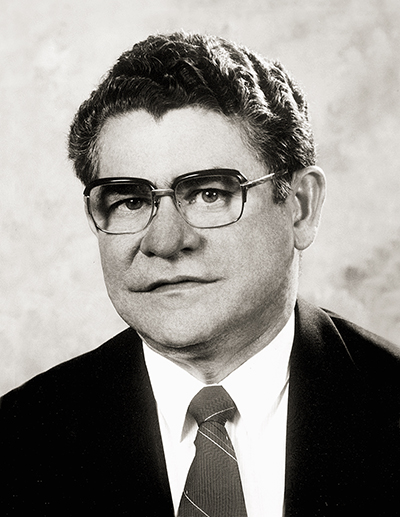 Carlyle Guerra de Macedo was born in the state of Piauí in Brazil on April 15, 1937. He obtained his medical degree from the Federal University of Pernambuco in 1962. Dr. Macedo pursued postgraduate studies at the University of Pittsburgh and the University of North Carolina and earned his degree in Public Health and Public Health Administration in 1968. Before joining PAHO, he had a distinguished career in public health at the local, state, and federal levels in Brazil, as a visiting professor at many schools of public health throughout Latin America, and in the administration of public health programs for WHO. In 1983 he became director of PAHO. He was reelected twice and continued to serve as director of the Organization until 1995. Under Dr. Macedo s leadership, PAHO adopted a series of policies aimed at improving people s health, providing basic health care, strengthening health service infrastructures on the national and local levels, and drawing a closer relationship between health and social, political, and economic development. Innovations such as subregional health initiatives, especially in Central America, were implemented during his tenure. Dr. Macedo served as vice president of the Global Commission for the Certification of Polio Eradication (WHO), and as counselor on the National Council of Health in Brazil. Dr. Macedo currently serves as director emeritus of PAHO. 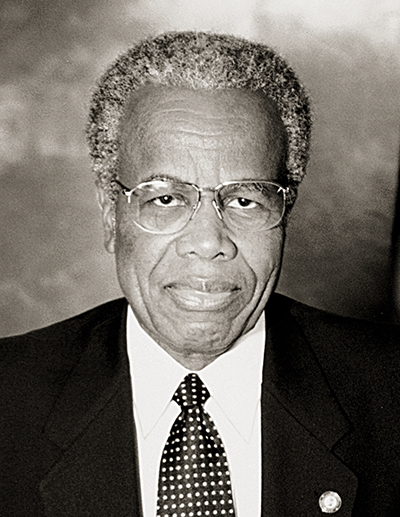 George A.O. Alleyne, Director Emeritus, was born in St. Philip, Barbados, in 1932. He obtained his bachelor of medicine and surgery degree from the University of London in 1957 and his M.D. from the same university in 1965. He began a career in academic medicine in 1962 at the University of the West Indies, and was appointed Professor of Medicine in 1972. Dr. Alleyne has served as a member of various bodies, including the Scientific and Technical Advisory Committee of the WHO Tropical Disease Research Program and the Institute of Medicine Committee on Scientific Investigation in Developing Countries. From 1970 to 1981, Dr. Alleyne served as a member and chair of the PAHO Advisory Committee on Medical Research. Dr. Alleyne joined the PAHO staff in 1981 as chief of Research Promotion and Coordination. In 1983 he became Director of Health Programs Development, and in 1990 he became Assistant Director of the Organization. In 1995 Dr. Alleyne began his first term as Director of PAHO. Equity and Pan Americanism are principles that resonate throughout Dr. Alleyne's work and writings, and guide the execution of the Organization's regional programming, reflecting persistent search to achieve the goal of Health for All. Her Majesty Queen Elizabeth II made him Knight Bachelor in 1990 for his services to medicine. In 2001 Sir George Alleyne was awarded the Order of the Caribbean Community, the highest honor that can be conferred on a Caribbean national. He ended his second four-year term as Director of PAHO in 2003.  Dr. Alleyne currently serves as director emeritus of PAHO. 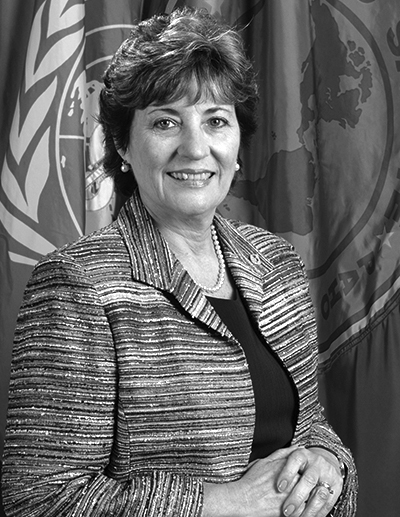 Mirta Roses Periago, Director Emeritus, was born in Argentina on October 20, 1945, and graduated as a surgeon from the National University of Cordoba in 1969. She earned her degree in Public Health, with a concentration in epidemiology and a certificate of specialization in infectious diseases, at the University of Buenos Aires, and in Tropical Medicine at the Federal University of Bahia, Brazil. Her career in hospital care and university teaching began in Cordoba, Argentina, and culminated at the National Institutes and Research Board and the National Health Emergency Management Board of the nation's Ministry of Public Health. She joined the Pan American Health Organization/World Health Organization (PAHO/WHO) in 1984 as coordinator of the Caribbean Epidemiology Center (CAREC) in Trinidad and Tobago. Dr. Roses took over as PAHO/WHO Representative in the Dominican Republic in 1988 and Bolivia in 1992, and was appointed PAHO Assistant Director in 1995. In September 2002, she was elected by the countries of the Americas as Director of the Pan American Sanitary Bureau, becoming the first Argentine and the first woman to hold that position at the world's oldest public health body, founded in 1902. Dr. Roses was reelected for a second term in 2007. Together with PAHO Member States, she formulated a mission consisting of three pillars: addressing the unfinished agenda, protecting current achievements, and facing new challenges. She proposed the Health Agenda for the Americas 2008-2017, which was approved by heads of state at the General Assembly of the Organization of American States (OAS). She called on health leaders and WHO regions to celebrate a global Vaccination Week every April. She also spearheaded the creation of the first special United Nations session on chronic diseases and the launch of Wellness Week in the Americas.