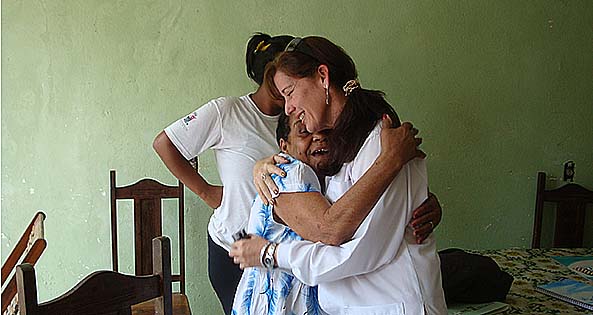 Washington, D.C., 18 June, 2018 (PAHO/WHO)- The members of the Executive Committee of the Pan American Health Organization (PAHO) approved the proposal Plan of Action on Human Resources for Universal Access to Health and Universal Health Coverage 2018-2023.

The purpose of this Plan of Action (CE162/16) is to present the countries priority objectives for each line of action proposed in the Strategy on Human Resources for Universal Access to Health and Universal Health Coverage, which was approved by Member States during the 29th Pan American Sanitary Conference, in September 2017. These objectives are aimed at advancing more effectively on the path proposed by the strategy and helping countries develop their own roadmaps appropriate to their local situation. The Plan was prepared following consultations with the Member States, which revealed the need for the selected indicators to reflect each country's specific context, priorities, and diversity.

"The process of developing the Action Plan has been participatory and we have been constantly consulting with the technical areas of the countries", said Fernando Menezes, Chief of PAHO´s Human Resources for Health Unit.

"It is critical to the process of improving and strengthening health systems, that the voices of countries be heard", said Erica Wheeler, Subregional Coordinator of HRH in The Caribbean. "In the area of Human Resources for Universal Health, countries are aware of the need to measure tangible progress. Using our convening role and engaging countries to participate in shaping their HRH strategies, as laid out in the Plan of Action, strengthens our partnership and gives clarity to the targets we must aim for, together. Joint agreement on measurable action, is critical to making progress", added Wheeler.

The approval of this initiative means that it will be included in the agenda of the 56th Directing Council that will meet from September 24 to 28, 2018.

The Executive Committee is responsible for developing and approving the agenda for the Pan American Sanitary Conference and the Directing Council of PAHO. It is composed of nine Member States elected for overlapping three-year periods. It meets twice a year, or at the special request of the Director of PAHO or at least three Member States.