Washington, D.C., 13 September 2018 (PAHO/WHO)- Ambassadors and representatives of the Organization of American States (OAS) received a briefing today from the Director of the Pan American Health Organization (PAHO), Dr. Carissa F. Etienne, on the topics that will be addressed at the upcoming meeting of the 56th Directing Council of PAHO, to be held from 23 to 27 September at PAHO headquarters in Washington, D.C.

During this annual meeting, health authorities from the Americas will consider plans of action that will guide PAHO technical cooperation programs in different areas. Plans on the health of women, children, and adolescents and on measures to prevent and control cervical cancer in the Region are among those to be considered this year.

The delegations will also discuss a plan to ensure human resources are in place to guarantee universal health, together with a plan to strengthen the countries’ capacity to control vectors that transmit diseases such as malaria, Zika, and Chagas disease, while reducing the burden of such communicable diseases. 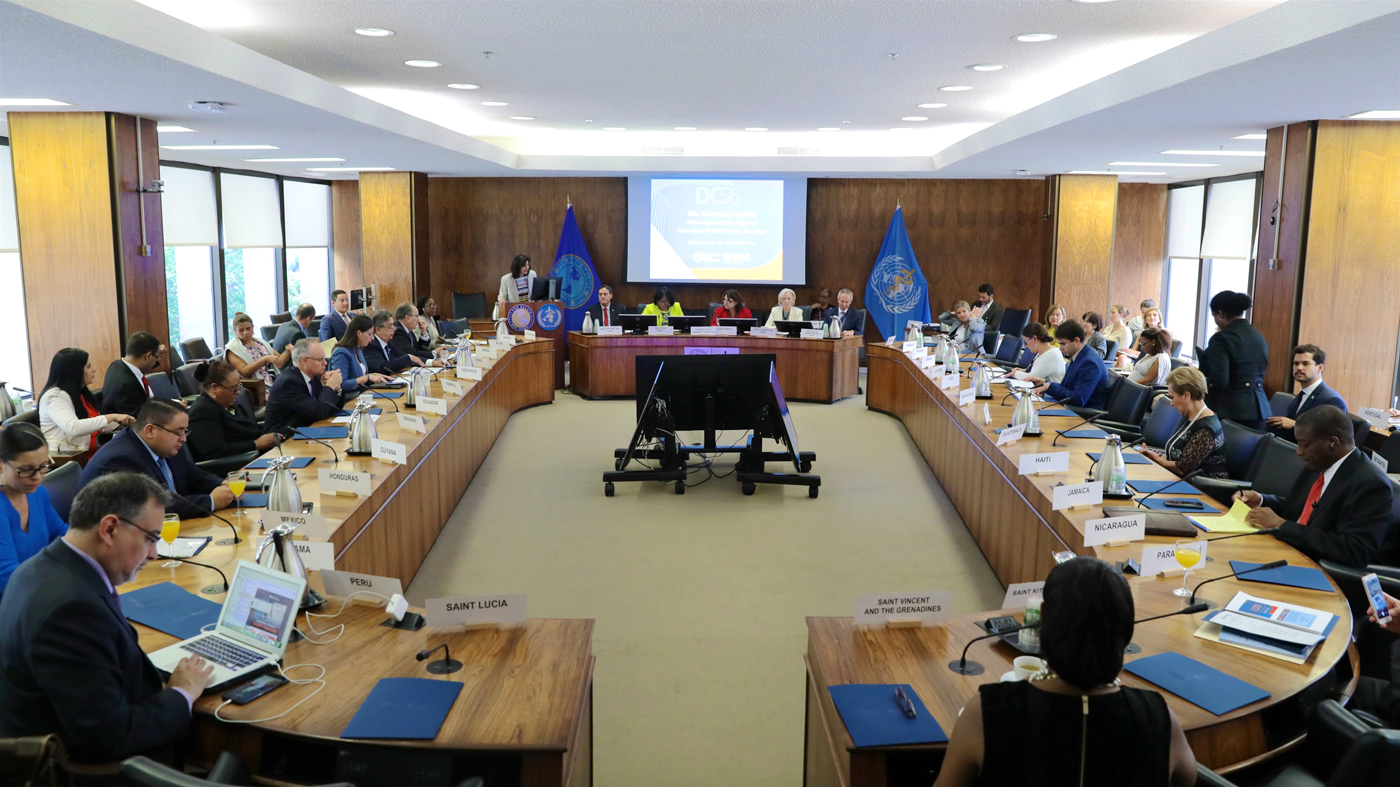 During the 56th Directing Council, the president of Uruguay, Tabaré Vázquez, will receive PAHO’s Public Health Hero award for his leadership in fighting noncommunicable diseases nationally, regionally, and globally.

Dr. Etienne will submit her annual report to the Ministers of Health. As she indicated to the OAS ambassadors, this year’s report will focus on primary health care in recognition of the 40th anniversary of the Alma-Ata Conference on that same subject.

The PAHO Director said that given the different situations in the Region, “the commitment to leave no one behind requires the collaboration of all Member States to reduce inequities.” In that context, she noted that it was crucial for the countries to fully implement the Sustainable Health Agenda for the Americas 2018-2030, which charts the course for improving health in the Region.

The ambassador of Costa Rica and chair of the Permanent Council of the OAS, Rita María Hernández Bolaños, who chaired the meeting, noted the importance of the Sustainable Health Agenda as a regional commitment towards a healthier future and a tool for “strengthening the right to health, equity, universality, and social inclusion.”

Health authorities at the Directing Council will receive an advance copy of the report of the Commission on Equity and Health Inequalities, chaired by Sir Michael Marmot of the Institute of Health Equity at University College London. This commission worked to identify the elements that lead to health inequalities and will propose actions for improving the health of people in the Americas.

The delegations will also discuss the final reports on road safety, maternal mortality, children’s health, climate change, bioethics, implementation of the International Health Regulations and the health of LGBT persons, among other topics.

The PAHO Director reported that various activities would be held in conjunction with the meeting on subjects such as promoting the elimination of industrial trans fat in food in the Americas, front-of-package food labeling and implementation of the International Health Regulations.

In the Directing Council, countries will also address administrative and financial matters, including PAHO’s budget, and will receive reports on the progress made in the Region on various health issues.

The Directing Council is one of PAHO’s Governing Bodies. It sets policies and technical cooperation priorities for the Organization, discusses regional public health challenges, and establishes strategies and plans of action to improve the health of the population and prevent diseases and deaths. It also serves a forum for sharing information and ideas.