Sands will preside over the Directing Council, which begins today until 27 September, where ministries of health, from throughout the Region of the Americas will discuss a series of plans to reduce the shortage in health personnel, lower the number of deaths from cervical cancer, and improve the health of women, children and adolescents.

Sands thanked the Directing Council for the “distinguished honor of representing the Bahamas as president of the Directing Council,” and expressed his hope that “the meeting will be useful in enabling countries to share experiences and gain consensus,” in a Region that “has been a driving force for important health achievements in the world.” He also highlighted the importance of continuing work towards achieving universal health by 2030. 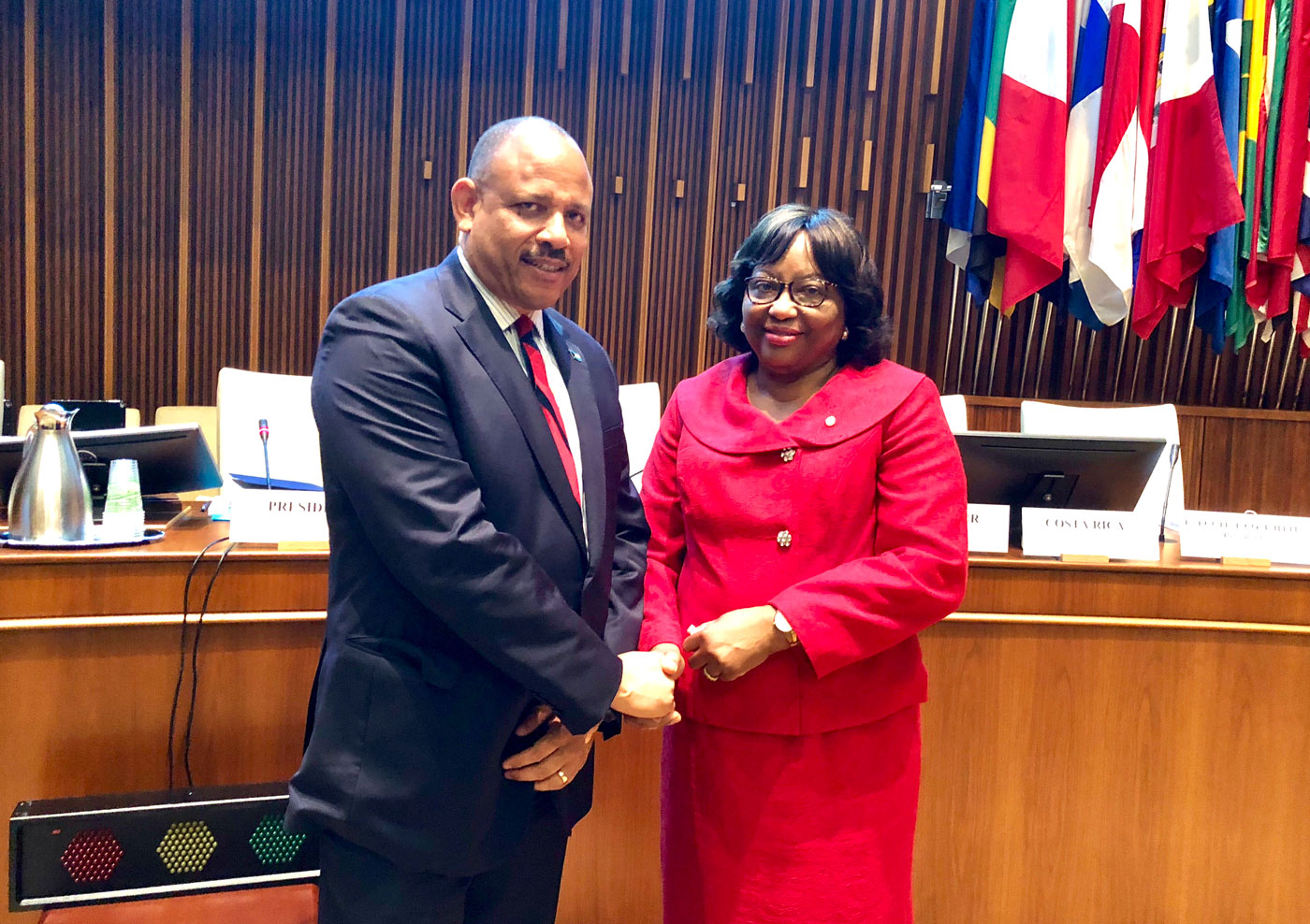 Sands is a doctor of cardiology and a vascular surgeon. He worked for more than 20 years as a cardiologist at the Princess Margaret Hospital in the Bahamas until May 2017, when he was appointed Minister of Health of the Bahamas.

Dr. Sands, who succeeds Octavio Sanchez Midence, Minister of Health of Honduras, is also a member of the Caribbean Cardiac Society, the Wayne State Surgical Society, and is a Fellow of the American College of Surgeons. He is also a lecturer at the University of West Indies.

The Minister of Public Health of Ecuador, Verónica Espinosa, and the Minister of Health and Population of Haiti, Marie Gréta Roy Clément, were both elected vice-presidents of the Directing Council.