The initiative seeks to raise awareness about the importance of prevention and control in tackling this disease, which claims the lives of 36,000 women each year in the Americas.

Washington D.C. 24 de September de 2018 (OPS/OMS)- The photography exhibition, “It’s time to end cervical cancer” launched today at the Pan American Health Organization (PAHO) within the framework of the Organization’s 56th Directing Council, which brings together Ministers of Health and high-level delegates from the Region of the Americas. 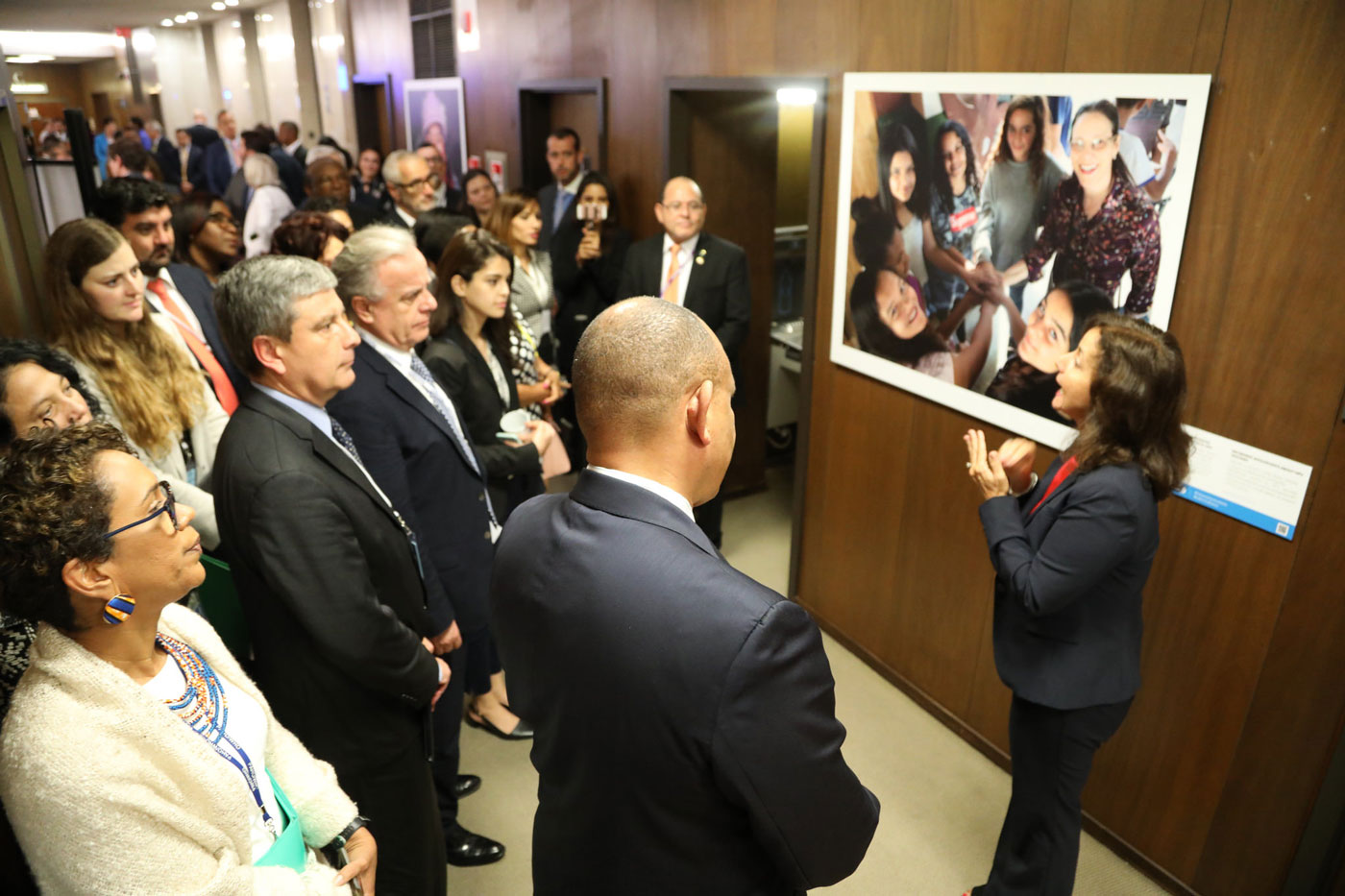 The exhibit depicted the stories of women and primary health professionals from all over the Region, in their efforts to prevent cervical cancer and save lives.

“Cervical cancer is a highly preventable disease, which we know can be tackled with measures such as the vaccine against human papilloma virus (HPV), cervical cancer screening for women, and the treatment of precancerous lesions,” said the Director of PAHO, Carissa F. Etienne, during the inauguration of the exhibition. The exhibition aims to show “the faces and actions involved in interventions needed to prevent cervical cancer.”

Cervical cancer is the second most common cancer among women in the Region of the Americas, accounting for approximately 83,000 new cases each year, which results in around 36,000 deaths. In order to prevent this, PAHO recommends vaccinating girls between the ages of 9 and 15 against HPV. PAHO also recommends screening for women aged between 30 and 49, maximizing coverage and follow-up care. The HPV test is also recommended in order to improve the effectiveness of screening programs.

As far as advances made in the prevention of this disease are concerned, more than 30 countries and territories in the Region of the Americas have introduced the HPV vaccine into their national immunization programs. This is more than any other region in the world. As well as this, nine countries have also introduced HPV testing. Despite these advances, however, much remains to be done in order to reduce mortality.

Women that live in lower income countries in the Region are at particular risk, experiencing higher rates of both developing cervical cancer and dying from it. This week, delegates at PAHO’s 56th Directing Council will discuss a plan to reduce the burden of this disease in the Americas.