Washington, D.C., 27 September 2018 (PAHO/WHO) – The 56th Directing Council of the Pan American Health Organization (PAHO) ended today following a week of discussions about health priorities in the Americas. During the meeting, new plans of action were approved to reduce the shortage of health personnel; to strengthen measures to prevent vector-transmitted diseases; to improve the health of women, children and adolescents across their life course; and to reduce by 30% the number of cases and deaths due to cervical cancer in the Americas by 2030.

During the week, PAHO also recognized the president of Uruguay, Tabaré Vázquez, as a Health Hero of the Americas. “His exemplary work, indefatigable persistence and unstinting dedication in the fight to reduce the colossal burden and impact of non-communicable diseases and to protect the health of his people, should have stimulated our motivation to never surrender in this public health fight,” said PAHO Director, Carissa F. Etienne, during the closing ceremony of the Directing Council. 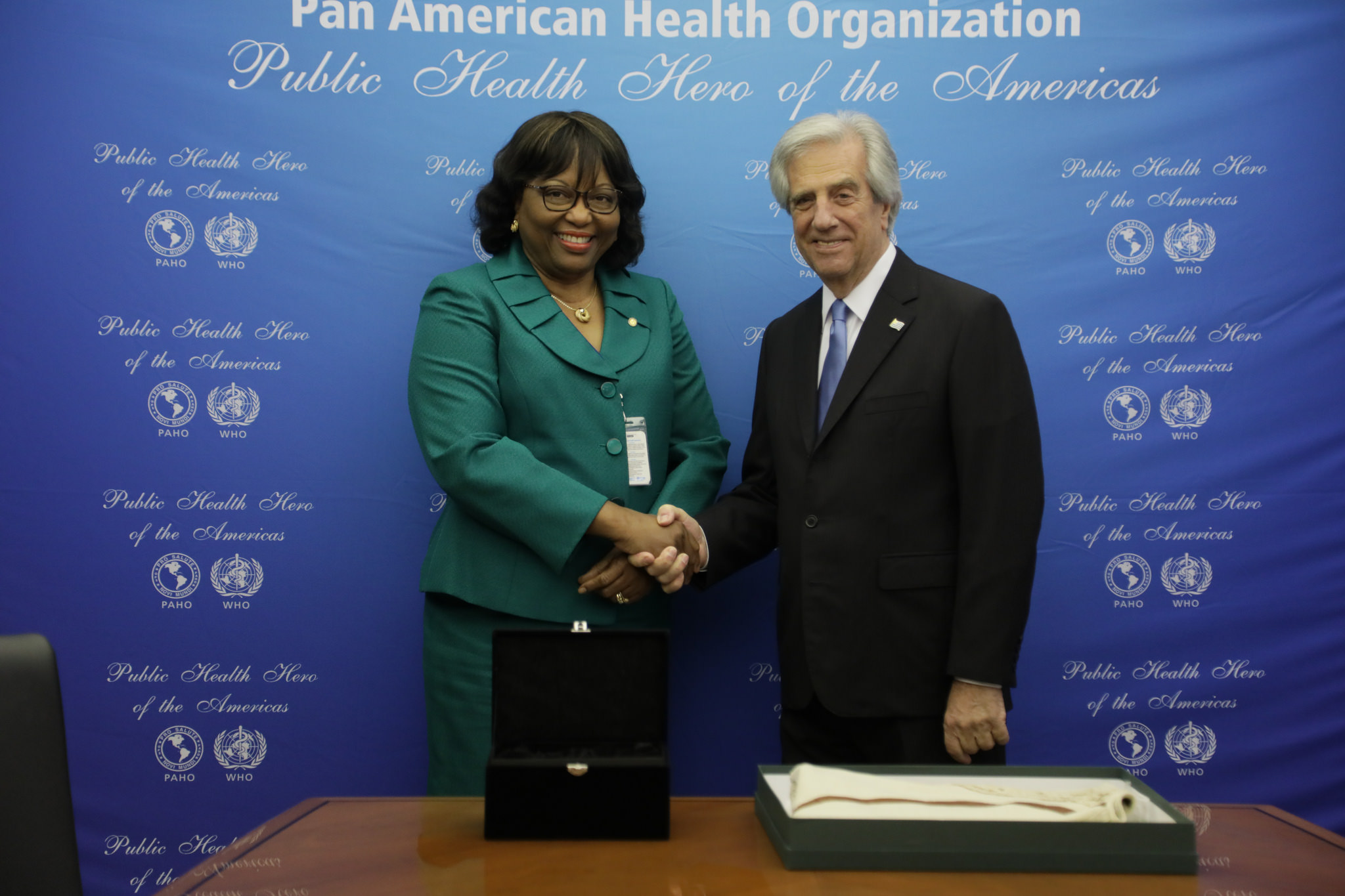 The Director also highlighted the plans of action that delegations from countries of the Americas adopted this week:

“Today, as we leave this House of Health for the Americas, I would respectfully ask that we recommit ourselves to the Pan American values of equity, excellence, solidarity, respect and integrity,” said the PAHO Director. “This is vital as we recall the 1978 Alma Ata Declaration of Health For All and work both individually and collectively, and nationally and regionally to ensure that no one is left behind and that each individual is facilitated with the means and access to attain the highest possible standards of health,” she added.

The delegations also received a preliminary report that identifies progress, challenges and recommendations for achieving universal health in the Americas, presented by members of the High-level Commission led by Michelle Bachelet, former president of Chile and currently the United Nations High Commissioner for Human Rights. A side-event was also held to highlight health advances made in the region 40 years after the Alma-Ata Declaration, along with a photo exhibition.

Other side events provided the opportunity to share experiences and discuss issues such as the elimination of trans-fats from processed foods; the role of immunization in the Region; and the support of the Global Fund to Fight AIDS, Tuberculosis and Malaria, among other issues.

Dr. Natalia Largaespada Beer, of Belize, was recognized with the PAHO Award for Health Services Management and Leadership, for her outstanding contributions to maternal and child health in her country. The Bahamian Minister of Health, Duane Sands, was President of the 56th Directing Council following his election by Ministers from the 35 PAHO Member States.