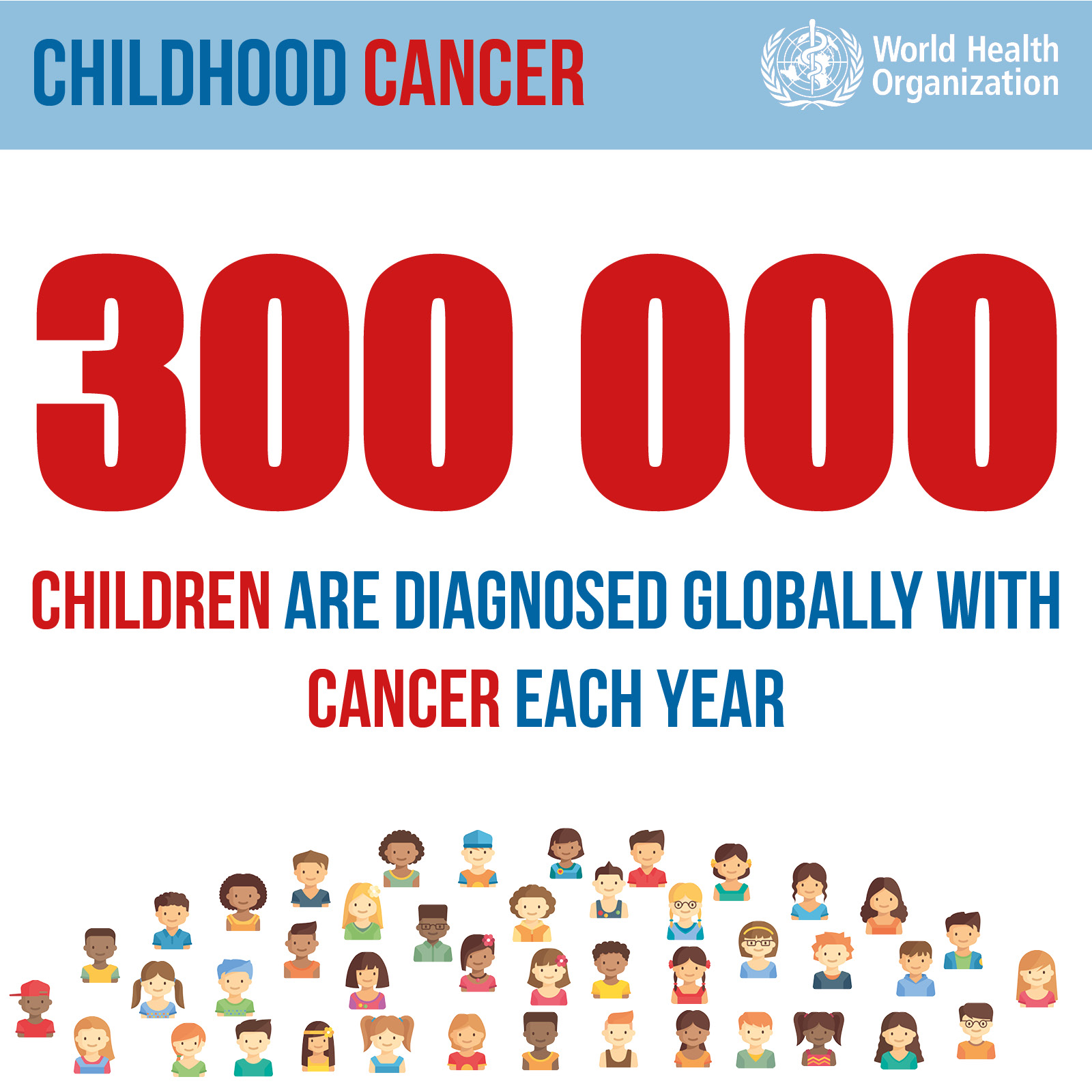 The aims of the Initiative are two-fold: to increase prioritization of childhood cancer through awareness raising at global and national levels and to expand the capacity of countries to deliver best practice in childhood cancer care. Concretely, WHO will support governments to assess current capacities in cancer diagnosis and treatment including the availability of medicines and technologies; set and cost priority cancer diagnosis and treatment programmes; and integrate childhood cancer into national strategies, health benefits packages and social insurance schemes.

Cancer is a leading cause of death for children, with 300,000 new cases diagnosed each year among children aged 0-19 years. Children with cancer in low- and middle-income countries are four times more likely to die of the disease than children in high-income countries. This is because their illnesses are not diagnosed, they are often forced to abandon treatment due to high costs, and the health professionals entrusted with their care lack specialized training.

The WHO Global Initiative for Childhood Cancer, which involves development of a WHO technical package to help scale-up capacities within national health systems, will be achieved with support from a host of partners. Among them is St. Jude Children’s Research Hospital in the United States, the first WHO Collaborating Centre on childhood cancer, which has committed US$ 15,000,000 to supporting implementation of the initiative.

The Initiative is announced on the heels of the Third Global High-Level Meeting on Noncommunicable Diseases, which convened dozens of heads of state and ministers from all countries to prompt more urgent action on noncommunicable diseases – among them cancer, diabetes, heart and lung diseases - which kill 41 million people each year. The event is a milestone in furthering achievement of the Sustainable Development Goals (SDGs) in particular SDG target 3.4 to reduce premature mortality from noncommunicable diseases by one third by 2030.