Proper and systematic use of condoms and compatible lubricants is recommended for all the key populations to prevent sexual transmission of HIV and STIs (a strong recommendation, moderate quality of evidence).

Increasing the availability, accessibility, affordability and use of male and female condoms and condom-compatible lubricants through targeted distribution programs is an essential component of the HIV response. 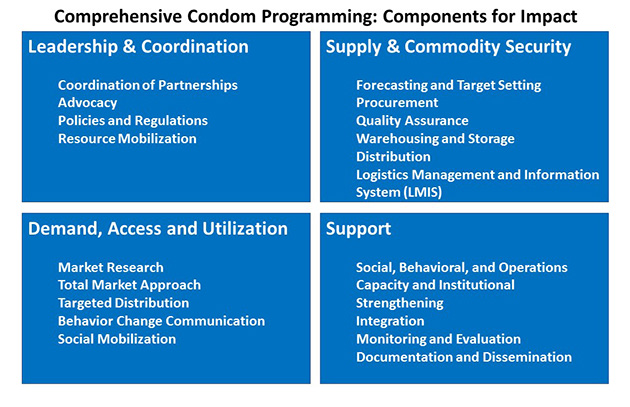