On average, one in three women in the Region has suffered physical and/or sexual violence from an intimate partner at some point in their lives. However, this number varies from 1 in 7 in Brazil, Panama and Uruguay, to almost 6 in 10 women in Bolivia.

Washington DC, 29 November 2018 (PAHO/WHO) – Violence against women perpetrated by an intimate partner continues to be a violation of human rights and a widespread public health problem in the Americas. The prevalence of physical and/or sexual violence, however, varies among countries in the Region. In some countries, this type of violence affects 14% of women between the ages of 15 and 49 at some point in their lives, whereas in others it can affect over 60%.

This was highlighted in the data presented today by the Pan American Health Organization (PAHO), as part of an event to commemorate the International Day for the Elimination of Violence against Women. The data is part of a systematic review and re-analysis of estimates from national surveys on the prevalence of intimate partner violence against women carried out in 24 countries of the Region, which will be published in the Pan American Journal of Public Health.

“A problem of this magnitude can only be solved through intersectoral collaboration.”

This study also shows that certain types of intimate partner violence against women may have declined in the last 20 years in at least seven countries in the Region (Canada, Colombia, Guatemala, Haiti, Mexico, Nicaragua and Peru). However, some variations in data from these countries is minimal and some indicators have not changed in a lineal manner, which suggests that caution must be taken when interpreting this data. 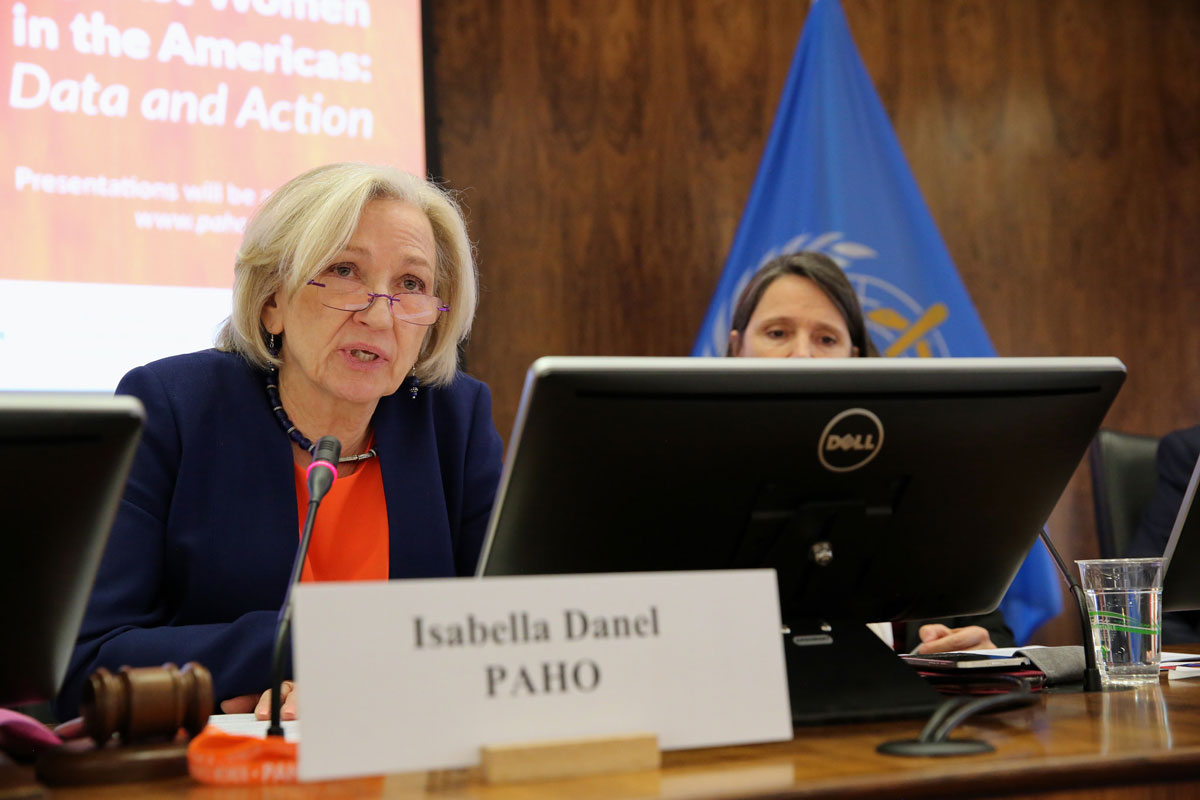 “A problem of this magnitude can only be solved through intersectoral collaboration,” said Isabella Danel, Deputy Director of PAHO. “The health system must provide victims with compassionate, effective and accessible services,” she added. Danel also believes that “the health sector can become a powerful ally through the collection and analysis of data that informs policies and actions that seek to prevent this violence.”

Violence against women has many consequences for health, including death (due to femicide, diseases associated with HIV infection, suicide and maternal mortality), as well as injuries, sexually transmitted infections (STIs), unwanted pregnancy, negative consequences on sexual health, and mental disorders.

A problem that varies from country to country

The prevalence of physical and/or sexual intimate partner violence inflicted at some point in life varies from one in seven women (14-17%) aged 15 to 49 in Brazil, Panama and Uruguay, to six in ten women (58.5%) in Bolivia, according to data analyzed by PAHO.

In 12 countries (Argentina, Bolivia, Colombia, Costa Rica, Ecuador, United States, Haiti, Honduras, Jamaica, Peru, Dominican Republic, and Trinidad and Tobago), this type of violence has affected more than a quarter of women at some point in their lives.

When analyzing the prevalence of intimate partner violence in the 12 months prior to the survey, data show percentages ranging from 1.1% of women in Canada, to 27.1% of women in Bolivia.

However, in the Dominican Republic, reports of physical intimate partner violence experienced in the 12 months before the survey have increased. In 2002, 9.8% of women reported having been subjected to physical intimate partner violence during the previous year, compared to 2013 when 14.7% reported having been victims of this type of violence in the 12 months prior to the survey.

The eight countries analyzed for this part of the study provided at least three surveys for review, which is the minimum number required for assessing changes over time. Caution must therefore be taken when interpreting this data. Other factors, including interviewer training, can also influence a woman’s willingness to report and the quality of data and additional data points are needed to confirm these trends. 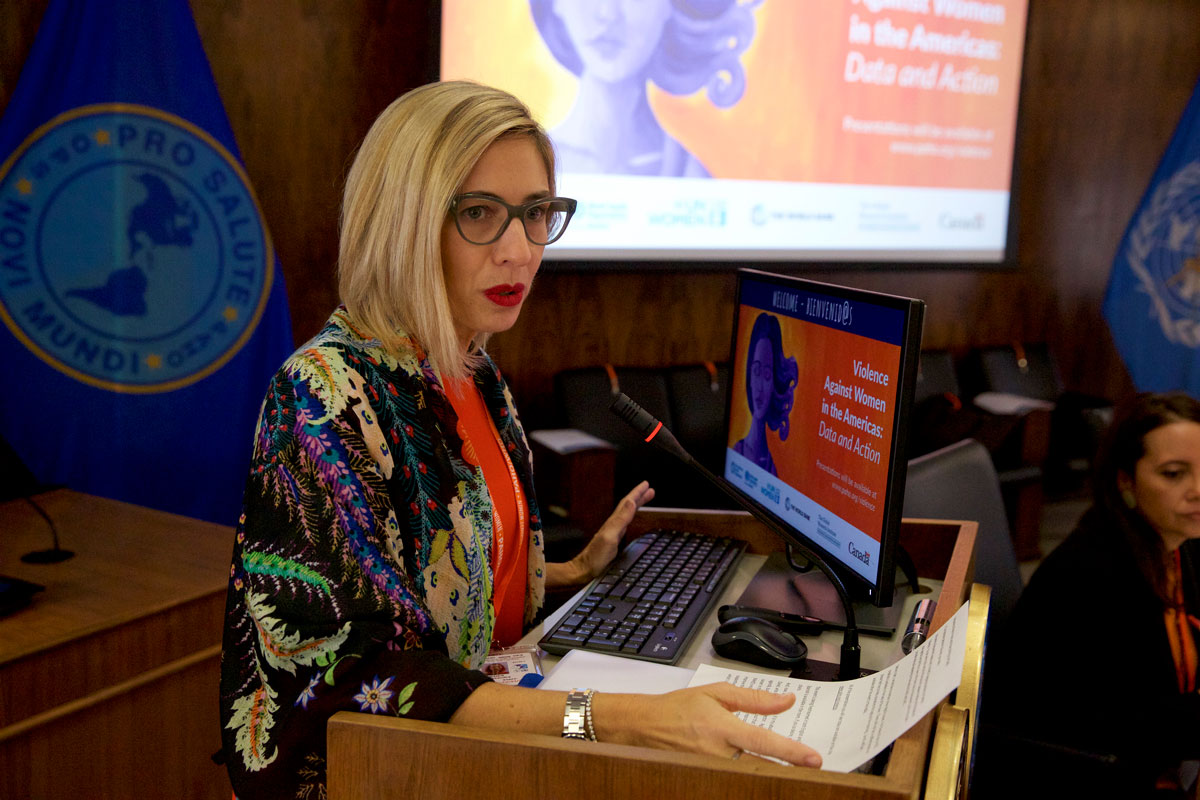 “Indications that levels of intimate partner violence may be decreasing in the Region reinforce the idea that violence against women can be prevented through sustained multisectoral measures,” said Alessandra Guedes, Regional Advisor on Family Violence at PAHO. “These data also confirm that long-term action at a level commensurate with the magnitude of the problem is necessary. It is also vital for gains to be monitored closely in order to prevent setbacks and consolidate them over time and safeguard the rights and health of women,” she added.

This analysis seeks to overcome the lack of standardization of surveys across countries. Even so, some challenges remain so caution should be exercised when comparing levels of violence, particularly between countries.

“Intimate partner violence can be prevented,” said Guedes. “It is vital that data collection is improved in order to better understand how this violence affects different groups of women, including minority groups and women in situations of vulnerability. However, data will only serve its purpose when they are used to design policies and programs that benefit women in the Region,” she concluded.

The role of the health sector

In addition to contributing to data collection, the health sector can play an important role in responding to violence against women. Health providers can identify women exposed to violence, provide immediate care, and mitigate damage by ensuring support and referral to other sectors, including legal and social services.

Several studies show that women exposed to violence are more likely to seek health care than women who are not. This does not always mean, however, that women subjected to violence will confide in a health care provider. Initiatives therefore aim to enable health personnel to quickly identify women who have experienced violence in order to provide them with greater access to support services, care and referral to non-medical services.

PAHO is working with countries in the Region to train health personnel so that they are able to identify survivors that visit health centers and provide them with quality care. The Organization is also working with health authorities to develop evidence-based guidelines that can be incorporated into protocols at the health system level. It is also collaborating with other sectors in the prevention of violence against women.