Knowing HIV status is vital to accessing prevention, treatment, ensuring follow-up, protecting future partners and avoiding new HIV infections. 1 in 4 people with the virus in Latin America and the Caribbean do not know they have it.

Washington D.C., November 30 2018 (PAHO/WHO) – The Pan American Health Organization/World Health Organization (PAHO/WHO) is calling on people to get tested as an important step towards halting the spread of HIV and ending AIDS. “Know your status” is the campaign slogan for this year’s World AIDS Day, which will be celebrated tomorrow (1 December).

HIV testing provides people with a unique opportunity to discover their HIV status and enables those diagnosed with HIV to rapidly initiate lifesaving treatment. It also serves as a gateway for those at higher risk of acquiring the virus to access the recommended package of prevention services in order to remain negative.

“The Region of the Americas has made important progress in the fight against AIDS and part of this is down to the fact that over three-quarters of people living with HIV have been tested and almost 80% of them are now in treatment.”

Despite this progress, however, in Latin America, the rate of new HIV infections remains unchanged at around 100,000 per year - a reduction of just 1% since 2010. Progress in the Caribbean has been much faster, with an 18% reduction in new infections since 2010. Even so, throughout the Region, key population groups most at risk of contracting HIV continue to miss out on vital prevention and follow-up services. 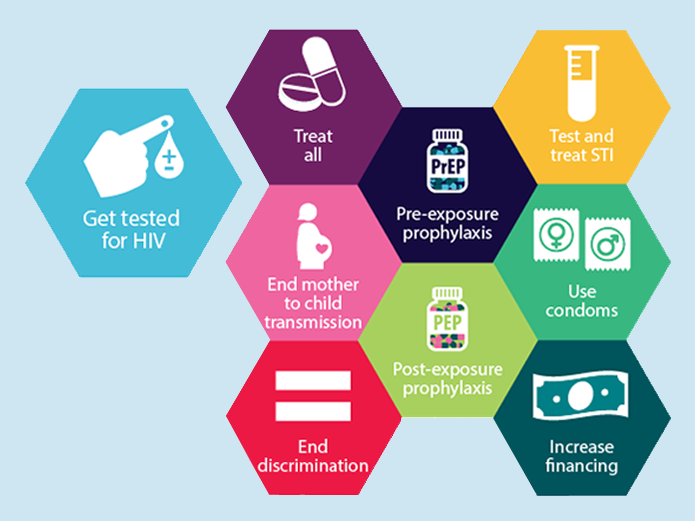 “The Region of the Americas has made important progress in the fight against AIDS and part of this is down to the fact that over three-quarters of people living with HIV have been tested and almost 80% of them are now in treatment,” said Dr. Marcos Espinal, Director of the PAHO/WHO Department of Communicable Diseases and Environmental Determinants of Health. “World AIDS Day reminds us that despite these gains, 1 in 4 people with HIV in the Region still don’t know they have it, have not begun treatment and are therefore at greater risk of dying prematurely and infecting others.”

The majority of new infections in the Region occur in gay men and other men who have sex with men, which represent 41% of new cases in Latin America and 23% in the Caribbean. Sex workers and their clients, transgender women and people who inject themselves with drugs are also disproportionately affected by HIV.

Currently, one third of people with HIV in Latin America and the Caribbean only get diagnosed after becoming ill and symptomatic, when their immunity has already been seriously compromised and after exposing their sexual partners to possible transmission of HIV. Testing is therefore a vital element in preventing further spread of the virus and ensuring that those with HIV have a better quality of life.

“Reducing new HIV infections is key to accelerating the response to HIV/AIDS in the Americas,” said Dr. Espinal. “In order to achieve this, we must address the barriers, such as stigma and discrimination, that prevent key populations from accessing testing and treatment services and fully exercising their right to health.”

HIV prevention in Latin America and the Caribbean

In order to step up efforts towards ending AIDS in Latin America and the Caribbean by 2030, PAHO/WHO, along with UNAIDS, recommends the implementation of combination HIV prevention, which is a person-centered approach that combines biomedical and behavioral interventions with measures that foster an enabling environment to overcome access barriers to health care.

This starts with the provision of testing services, particularly for those at-risk of HIV infection. PAHO/WHO recommends that health systems expand options for HIV testing to include HIV self-tests and lay provider tests, which can be done at home, as well as in places other than health centers, with flexible hours and same-day results. PAHO/WHO also recommends that the age at which young people can take an HIV test without the consent of a parent or guardian be reduced in lines with the recommendations of the Convention on the Rights of the Child. This is particularly important given that approximately one third of new HIV infections occur among young people aged 15 to 24 years old.

In addition to the expansion of testing services, PAHO advocates for the provision of both post-exposure prophylaxis (PEP) for those who may have been exposed to HIV, and pre-exposure prophylaxis (PrEP) to those at substantial risk of infection as part of the comprehensive package of HIV prevention services.

This year is the 30-year anniversary of World AIDS Day, first initiated by WHO in 1988. World Aids Day is an opportunity to celebrate the success of this pioneering global health campaign, and initiatives in place all over the world to tackle the AIDS epidemic. However, it is also an important reminder that despite progress made, the world cannot become complacent in its response to HIV.