PAHO’s new guide seeks to help countries design programs to detect and treat this disorder, which affects 5 million people in the Region. With the right treatment, 70% of patients can lead a normal life

Washington, DC, 24 January 2019 (PAHO) – Epilepsy is one of the most common neurological disorders in the world, affecting approximately 50 million people, 5 million of whom live in the Region of the Americas. However, it is estimated that the treatment gap in Latin America and the Caribbean is over 50%, which means that more than half of people with this disease do not receive health services.

“Timely diagnosis, adequate treatment, healthy diet and stress management can ensure that up to 70% of those affected have reduced episodes and can lead full and active lives” 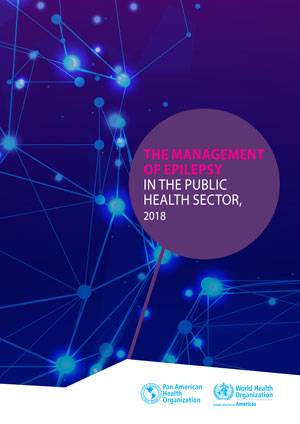 In order to help countries design programs to detect cases and increase access to appropriate treatment for this disorder, the Pan American Health Organization (PAHO) recently published “The Management of Epilepsy in the Public Health Sector 2018”. Currently, two out of every three countries do not have a program or plan in place to treat people with this disease.

“People who have epilepsy but do not receive treatment suffer recurrent episodes. This can affect their studies, their work, and quality of life for both them and their families,” said Claudina Cayetano, PAHO’s Regional Advisor on Mental Health. “Timely diagnosis, adequate treatment, healthy diet and stress management can ensure that up to 70% of those affected have reduced episodes and can lead full and active lives,” she added.

In recent years, countries have strengthened their focus on noncommunicable diseases, including epilepsy. Even so, the care of people with epilepsy is still far from satisfactory. This is due to, among other factors, a deficit of trained medical personnel; the unavailability of medicines, particularly at primary health care (PHC) level; and the lack of information and education on epilepsy, both for those affected by the disorder and their families, as well as for the community as a whole.

There are four antiepileptic medicines which are essential for the treatment of the disease. The majority of countries of Latin America and the Caribbean have these drugs, but only via specialized services. This means that access to them is either limited or completely lacking in primary care services.

The report shows that the provision of basic antiepileptic medicines at the primary care level is a crucial, effective and low-cost way of addressing the issue, particularly given that in most cases, episodes can be controlled through treatment with just one of the basic medicines (monotherapy).

The PAHO Strategic Fund is a cooperation mechanism for member countries that promotes access to quality medicines and essential public health supplies at affordable prices. Member States can use it to acquire antiepileptic drugs at better prices, a factor that increases their availability and reduces gaps in access to treatment.

PAHO, which is also the World Health Organization’s (WHO) regional office for the Americas, considers the disease to be a priority public health problem, and supports improvements in health sector response, particularly regarding the identification, management and monitoring of epilepsy at the primary health care level.

WHO recommends integrating the management of epilepsy into primary health care, as the diagnosis of the disease is essentially clinical and can be performed by non-specialist doctors trained in the identification and management of non-complex cases, which account for the majority.

The guide also offers recommendations for the implementation of epilepsy prevention strategies, such as the promotion of safe pregnancy and birth, the prevention of traumatic brain injuries and stroke, as well as increased public awareness and education.

The work of countries in the Region to tackle this disease gained momentum in 2011, when the PAHO Directing Council adopted a strategy to improve health sector response. In 2015, the World Health Assembly also recognized the burden of epilepsy and the need for countries to take coordinated action to address its consequences.

The new report, which forms part of these efforts, was submitted for consultation to a group of professionals from the International League Against Epilepsy (ILAE), the International Bureau for Epilepsy (IBE), as well as experts from the Chilean League against Epilepsy, and the Faculty of Medicine of the National Autonomous University of Honduras, both PAHO/WHO collaborating centers.

Epilepsy is a chronic neurological disease that affects people of all ages all over the world. It is characterized by recurrent episodes that can last between a few seconds to a few minutes. Its causes are multiple. In some cases, there is a genetic bias, but other causes of epilepsy include brain damage due to prenatal or perinatal injury; congenital anomalies or brain malformations; cranioencephalic trauma, cerebrovascular incidents; infections such as meningitis, encephalitis and neurocysticercosis; and brain tumors. In around half of all cases of epilepsy the cause cannot be determined.