Washington, DC, 31 January 2019 (PAHO/WHO) – The Pan American Health Organization (PAHO), regional office for the Americas of the World Health Organization (WHO) reiterated its recommendation to inform international travelers that they should get vaccinated against yellow fever at least 10 days prior to visiting areas where the virus circulates. 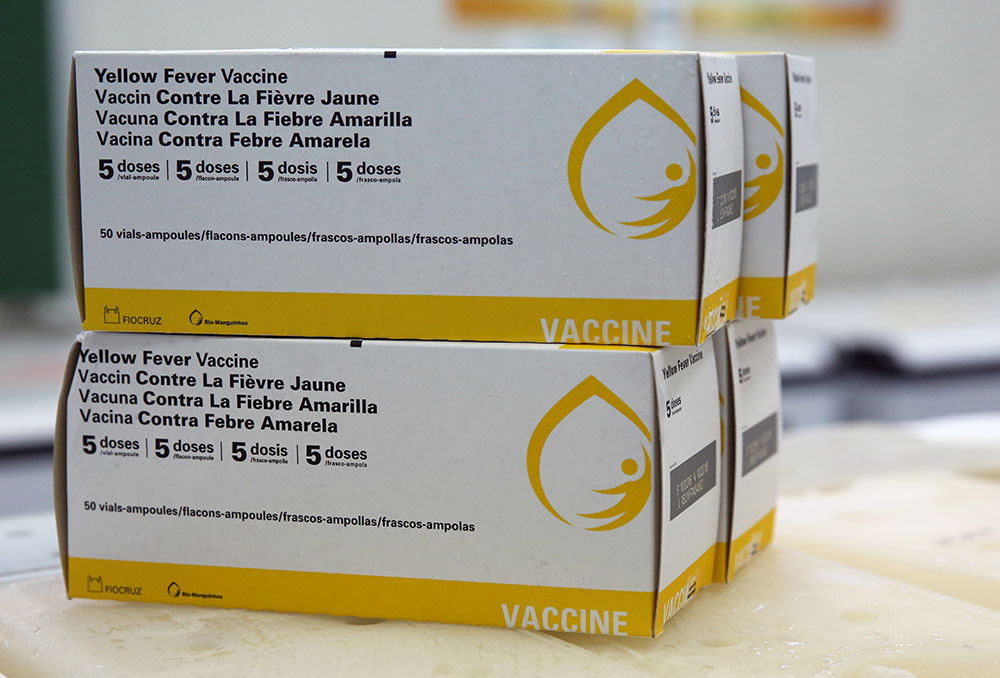 In a PAHO epidemiological update issued on 25 January 2019, the Organization also called on countries where yellow fever circulates to continue to immunize at-risk populations. Between January 2017 and December 2018, seven countries and territories of the Region of the Americas have reported cases of yellow fever (Bolivia, Brazil, Colombia, Ecuador, French Guiana, Suriname and Peru). So far in 2019, Brazil and Peru have reported confirmed cases.

In the case of Brazil, in the current seasonal period (2018-2019), 12 human cases, including 6 deaths, have been reported in municipalities in the south of Sao Paulo state. The majority of patients were rural workers. Outbreaks of yellow fever among monkeys (epizootics) were also reported in the state of Paraná, which shares a border with Argentina and Paraguay. This week, Brazilian health authorities also confirmed a human case in Paraná, where there have been no cases in people since 2015. Brazil is currently experiencing the period which has historically been recognized as having the highest transmission (between December and May).

Over the last two years, Brazilian health authorities have conducted mass vaccination campaigns shortly after yellow fever outbreaks began and have increased the number of municipalities where vaccination against yellow fever is recommended. According to the epidemiological update, the human cases, as well as the confirmation of epizootics in the south of São Paulo state and in the east of Paraná state, mark the beginning of what could be a third wave of transmission and progression of the outbreak towards the southeast and south of the country.

PAHO/WHO continues to urge Member States to take all actions necessary to keep travelers well informed of risks and preventative measures against yellow fever, including vaccination. Travelers should take precautions to avoid mosquito bites and seek medical attention if they fall ill during or after their trip.

Yellow fever is an acute viral hemorrhagic fever that can result in death. It is preventable with a vaccine that is safe, effective and accessible. Periodically, and for reasons that are difficult to predict, the sylvatic yellow fever cycle produces broad outbreaks in monkeys (epizootics). These epizootics spread through jungle corridors where Haemagogus and Sabethes mosquitoes transmit the disease from one group of monkeys to another.

To date, all human cases of yellow fever have been linked to Haemagogus andSabethes mosquitoes. Urban transmission of yellow fever occurs when the virus is transmitted from human to human by the Aedes aegypti mosquito.

Preparations for the response in the Americas

Countries of the Americas continue to increase efforts to strengthen preparation and response to possible outbreaks of yellow fever.

In December 2018, technical teams from the municipalities of the border between Argentina, Brazil and Paraguay met in Foz de Iguazú to begin developing contingency plans for outbreaks of yellow fever that could occur in the area. The experts evaluated the risk of yellow fever in that region, as well as surveillance and response needs in the area, and identified technical actions to be carried out in the short and medium term.

Prior to this, in November of last year, health authorities from the 13 endemic countries in the region met in Lima, Peru, to review the risk by country, as well as to analyze the populations that should be vaccinated based on that risk. Experts worked on developing their short and medium-term immunization plans against yellow fever. They also addressed the use of fractional doses of vaccine to respond to outbreaks of yellow fever, given the limited quantities of vaccines and large cities. The identification of gaps in outbreak prevention and response also formed part of the focus of this three-day meeting.

This meeting was held in the context of the WHO Strategy to Eliminate Yellow Fever Epidemics (EYE), which seeks to eliminate epidemics of this disease in the Americas and in Africa by 2026, by protecting at-risk populations through mass prevention campaigns and routine vaccination.