Cervical cancer is the third most common cancer among women in Latin America and the Caribbean, but it can be prevented

Each year, approximately 72,000 women in the Americas are diagnosed with cervical cancer and more than 34,000 women die from this disease. HPV testing for women to detect precancerous lesions, followed by timely treatment, and together with HPV vaccination for girls are key strategies to prevent cervical cancer and save lives

Washington, D.C., February 1, 2019 (PAHO)- In commemoration of World Cancer Day, on February 4, the Pan American Health Organization (PAHO) is striving to accelerate prevention and control efforts to create a future without cervical cancer, which is the third most common cancer among women in Latin America and the Caribbean, but one that can be prevented.

Every year more than 56,000 women in Latin America and the Caribbean are diagnosed with cervical cancer and more than 28,000 die from it. These figures rise to 72,000 diagnoses and 34,000 deaths when the United States and Canada are included. However, lifesaving prevention and treatment tools do exist.

“It is unacceptable that women today die from a disease that can largely be prevented,” said Silvana Luciani, chief of PAHO’s Noncommunicable Diseases Unit. 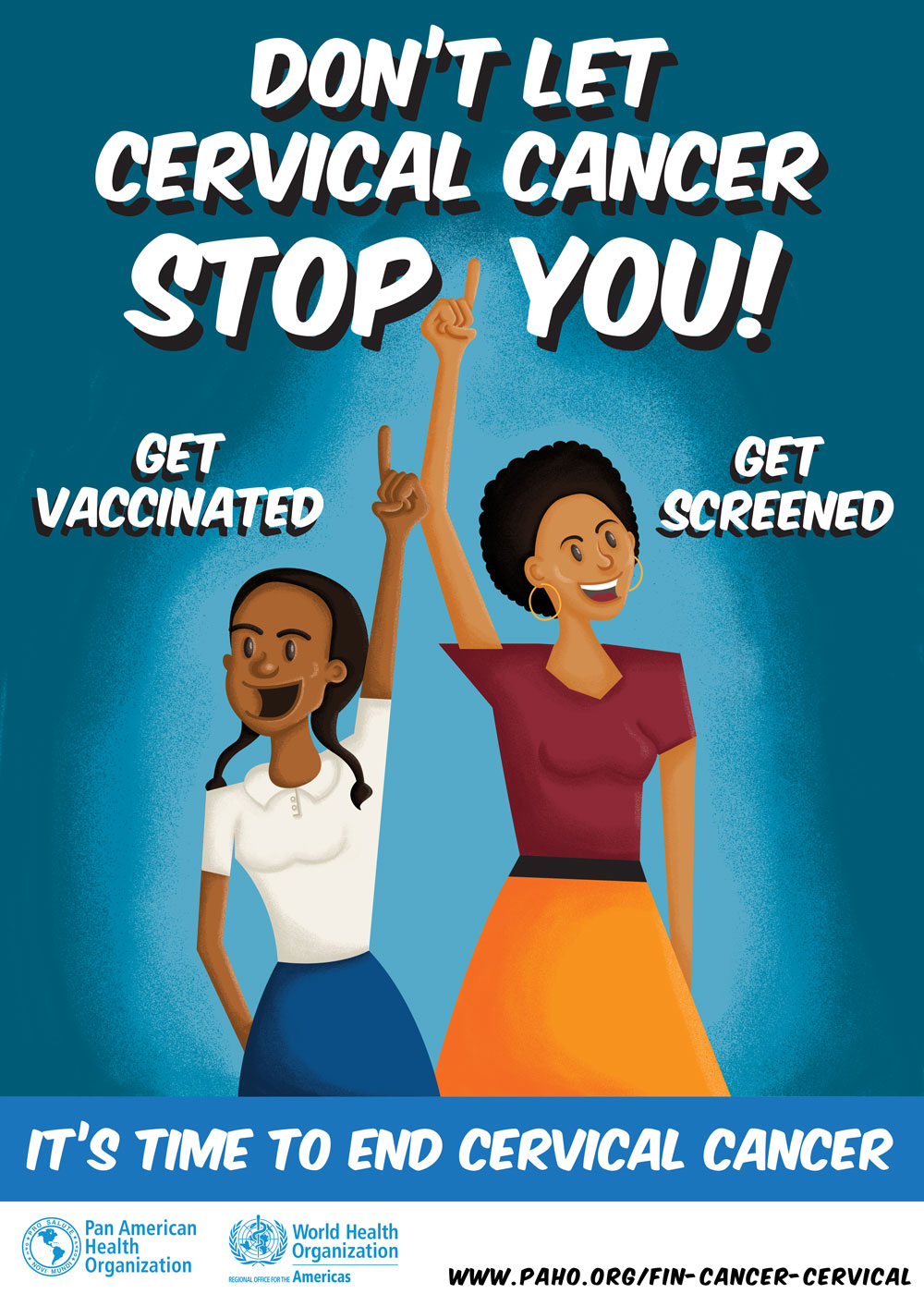 Cervical cancer can be prevented through vaccination against human papillomavirus (HPV). Vaccines that protect against the common types of HPV that cause cancer have been available for over a decade. PAHO recommends administering this vaccine to girls aged 9 to 14 years.

In addition to vaccination, screening and treatment of precancerous lesions can prevent new cases and deaths. Over time, cervical cancer can be eliminated as a public health problem, said WHO Director-General, Dr. Tedros Adhanom Ghebreyesus, in his call to action in May 2018 at the World Health Assembly.

The HPV vaccine is available in 35 countries and territories of the Region of the Americas. However, in most countries, the HPV vaccine coverage rate with the two recommended doses still falls short of the target of at least 80% of girls. Furthermore, there are gaps in access to services for screening and treatment of precancerous lesions, and screening coverage rates are lower than the target of at least 70% of women aged 30-49 years. It is estimated that at least 32 million women need to be screened for cervical cancer in the Region.

To raise public awareness about the disease, last November PAHO launched the communication campaign “It is time to end cervical cancer.” Under the slogan “Don’t let cervical cancer stop you,” the initiative provides information on HPV vaccines and calls on women to have regular examinations to detect precancerous lesions. The campaign responds to the plan to reduce new cervical cancer cases and deaths in the Region by a third by 2030, as agreed by the region’s Ministers of Health at the PAHO Directing Council meeting in 2018.

“Governments should adopt urgent measures to ensure that all girls are vaccinated against HPV and that all women over 30 are examined and treated for precancerous lesions,” said Luciani. “Doing this will save the lives of thousands of women.”

World Cancer Day, coordinated by the Union for International Cancer Control (UICC) every year on February 4, is an opportunity to unite the entire world in the fight against the global cancer epidemic.

This year, 2019, marks the launch of the three-year campaign with the slogan "I am and I will", a call to action that empowers and asks for a personal pledge to help reduce cancer’s impact.

Cancer in the Americas

— Campaign website: It is time to end cervical cancer
— Ministers of health commit to reducing cervical cancer cases and deaths by 30% in the Americas by 2030
— Plan of action for cervical cancer prevention and control 2018-2030
— Cancer
— World Cancer Day
— Globocan