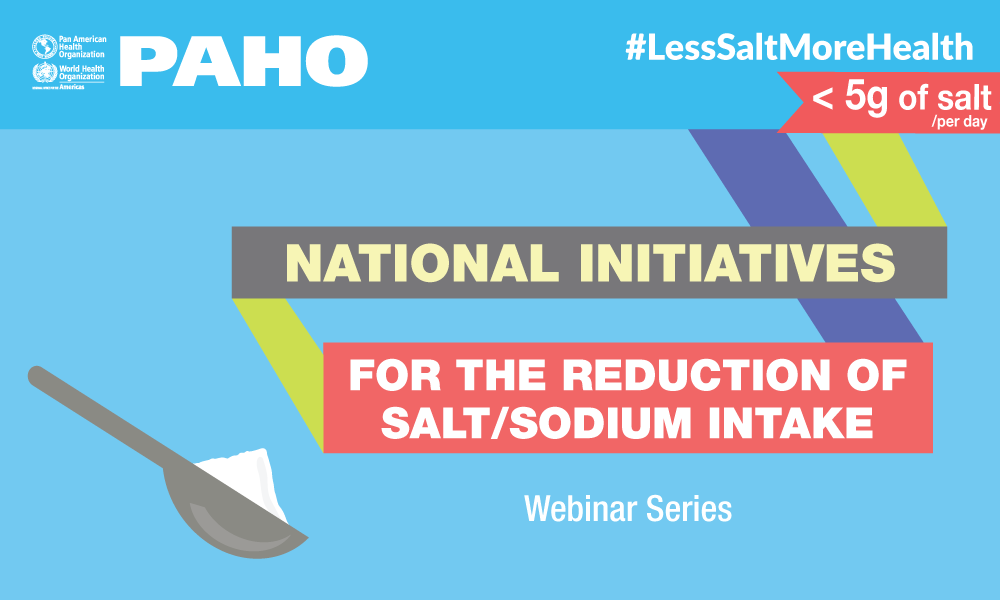 PAHO's Risk Factors and Nutrition Unit  is coordinating a series of webinars on National Initiatives for the Reduction of Salt/Sodium Intake throughout 2019. That excessive consumption of salt/sodium adversely affects blood pressure is irrefutable. The World Health Organization (WHO) recommends consuming less than 5 g/ salt ( less than 2g of sodium) per adult per day. Salt/sodium consumption in the Region of the Americas is well above the recommended level. Among eight countries in the Region with data as of 2015, daily salt intake per person ranges from 8.5 g to 15 g.

The webinar series aims to present the current national initiatives and advances in the Region of the Americas on the most cost-effective interventions for reducing salt/sodium consumption.

It’s time to take ACTION on salt! through:

Register to the series to receive the invitations and the recordings and presentations of the webinars.